I’ve been noticing that this “outside twice a day” toddler program on weekends has been having a great effect on the backyard. We’ve been out weeding and pruning months earlier than our norm, and parts of the yard really look great as a result. This weekend, weeding finally dropped on the priority list in favor of large-scale shrub maintenance.

I finally finished taking back the shrub outside the kitchen window (this is an in-progress shot): 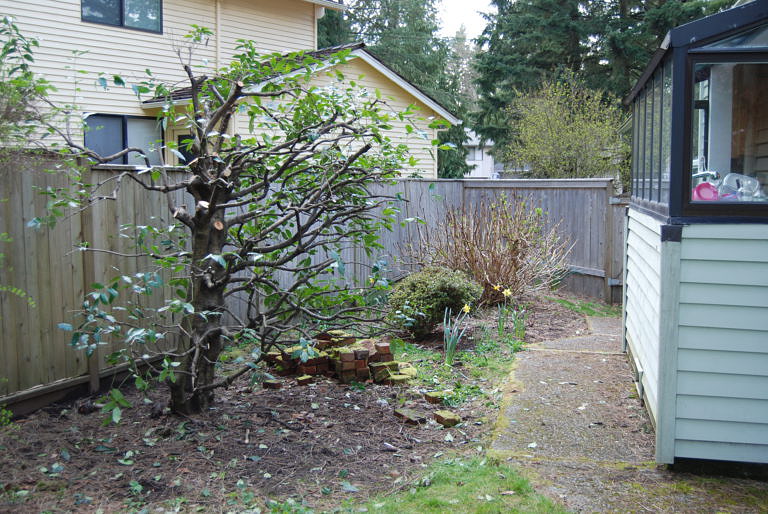 It was overgrowing the pathway, and the moment of truth came when I realized that one of the MASSIVE 20+ foot things up the street was the same bush. I’d been noticing that my attempts to politely cut it back a bit weren’t having much effect, but I guess I thought it just wanted to be a *little* bit taller and bigger and then it would be satisfied. Seeing the monster version was enough to bring on major surgery. It took three afternoons and an unbelievable about of work with the clippers and the saw, but I think we’re finally down to a spare, balanced shape that will grow out well over the next year. I was please with myself for just doing the whole thing in one go instead of thinking that I’d do part now and the “other half” in six months when the first part grew out (my standard shrub-pruning mistake.) Hopefully I didn’t kill it. I keep wondering what Kevin’s dad will think of my work – I can’t decide if he’ll be impressed or shake his head and ask “what I was going for, exactly”. 🙂

Next up were the huge laurel bushes in the side yard. 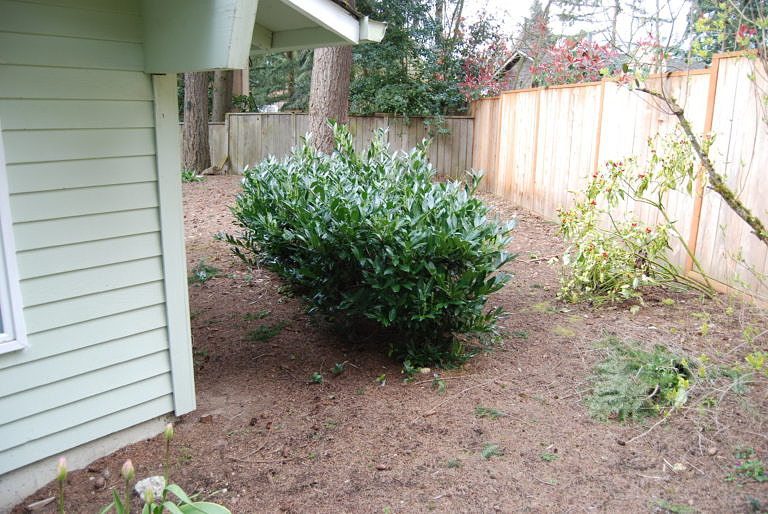 These are pretty in a certain sense, but hard to prune, huge, and blocking the walkway to the side yard. 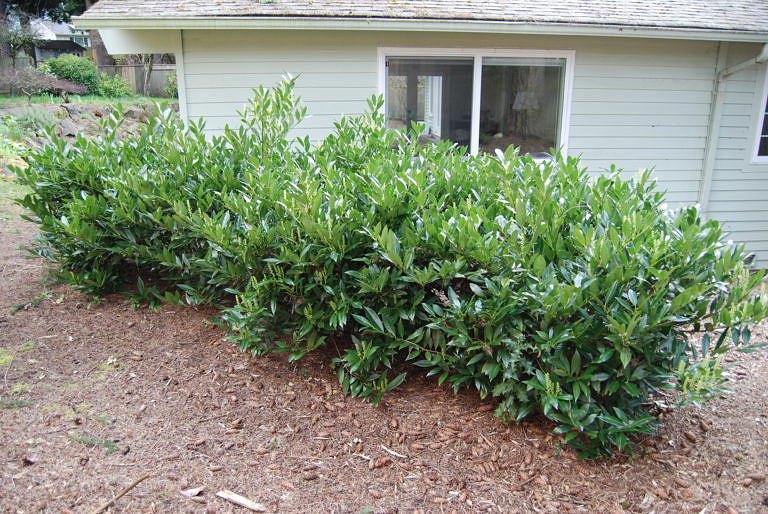 When I realized they were sending out enormous runners at the house, that was the final straw. 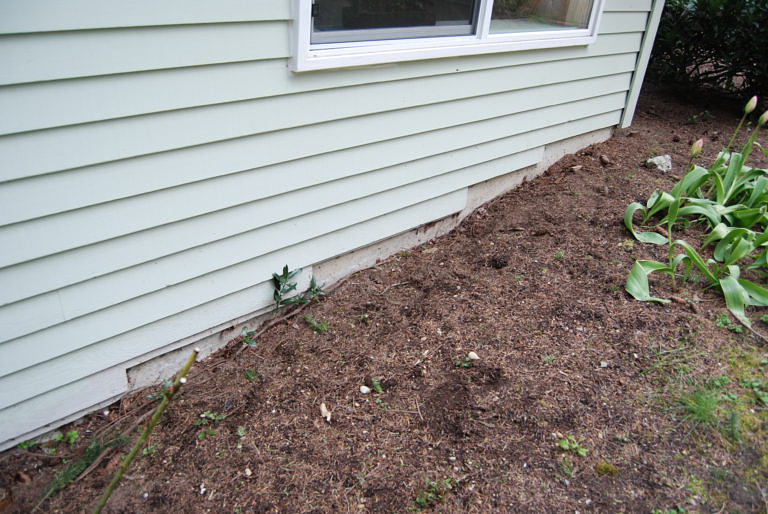 So now they look like this, and I’ll dig up the stumps soon. 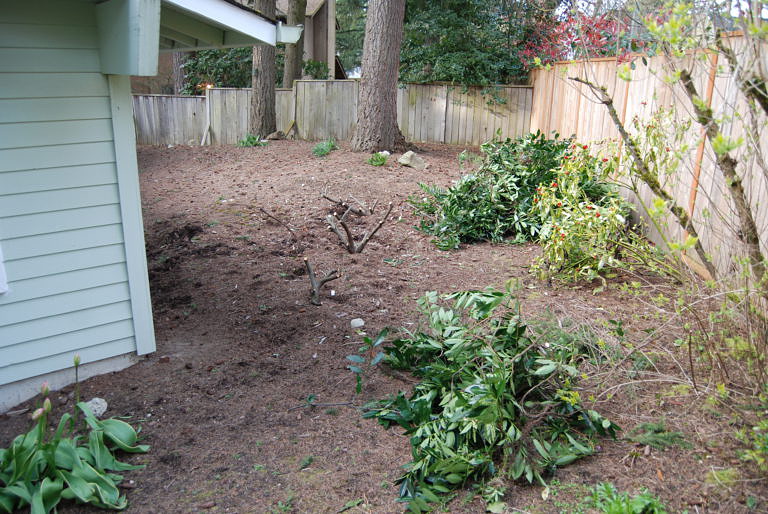 Here they are from the other direction – dramatic improvement. 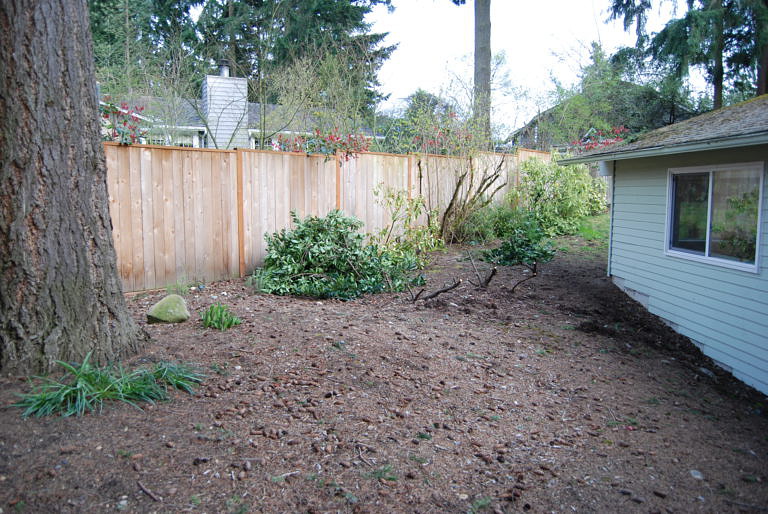