With the kiddo in bed, we finally started filling the tank, one system at a time. It’s a vast quantity of water, and the seams on all of the pipes should be good but have never been tested. On the whole, our pipes seem great and the plexiglass-to-pipe joins seem leaky (something I remember from building our sump). It’s not a huge problem (easy to patch with a bit of silicone, which we did) but did make us take our time. Here’s Kevin, with the garage portion of the systems we were turning on (aka, pre-protein skimmer). A fair bit insouciant, but both of us were nervous. 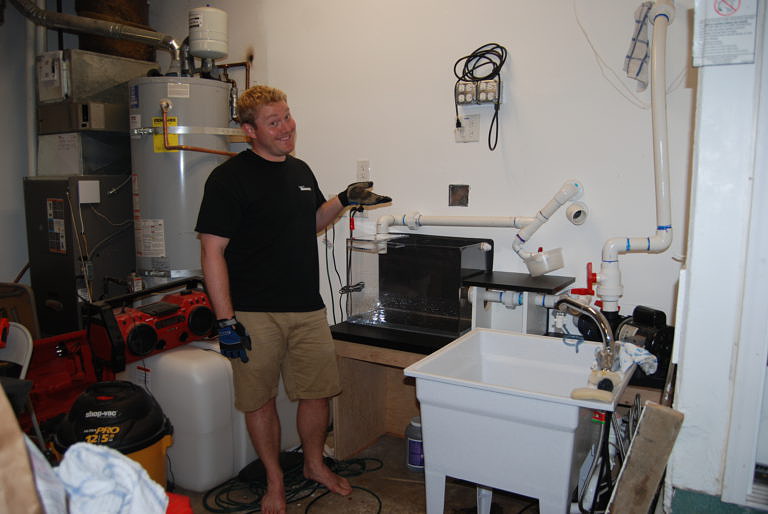 On the whole, it went really well. There were two leaking joints (small, in the scheme of this system) which were quickly patched and then monitored. There’s a removable brace in the stand that we forgot to reinsert and was a pain to get back in once the tank was full. Ooops. Some water draining there so that we could relieve the weight enough to get it in place. The return loop pump was too strong. Luckily, we need two of the pumps we had, so Kevin ordered the same brand but one that has a half power/full power option. Problem mitigated. The last issue, which is probably going to require third party assistance, is that the floors are showing a fair amount of movement. Kevin’s take on it are that there are two major issues at play: weight-bearing (which he and Shawn fixed last year) and rigidity (which we will hire someone to fix by creating cement slabs/donuts in the crawl space, affixing metal stakes, and then using those to support the floor. Sounds good to me!

Here’s a confusing shot of filling the refugium underneath the tank. 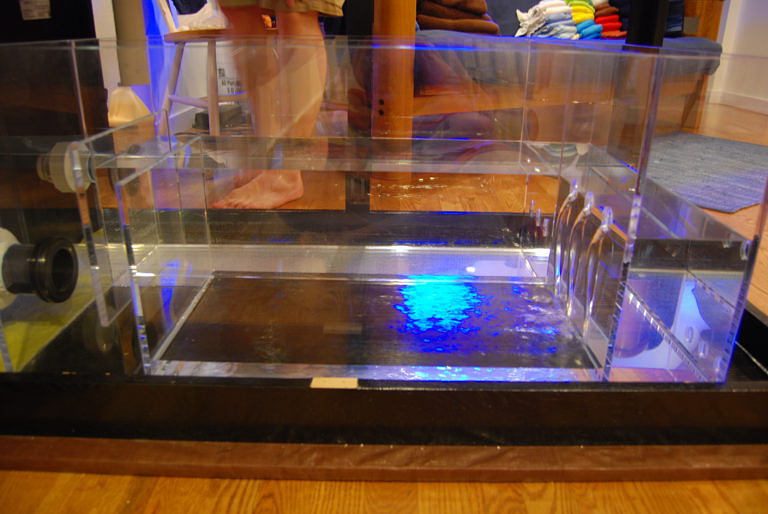 It’s hard to photograph a clear container with that many compartments, especially once you add water volumes into the mix. But the back panel fills first, the far right compartment is next, then the front panel, then the far left front before it goes back to the garage.