The big project for the last week or so has been finally getting the lights mounted. Our old chandelier (which we hated, you can see it in all its globular glory here) crashed to the ground almost exactly a year ago (a more dramatic ending than we would have ordered, but good riddance), and we finally found new ones that we liked at the beginning of the summer, after looking for several years. We finally schemed a strategy for mounting them, and Kevin did all of the routing and drilling and electrical work over several days. We are so excited about the result. 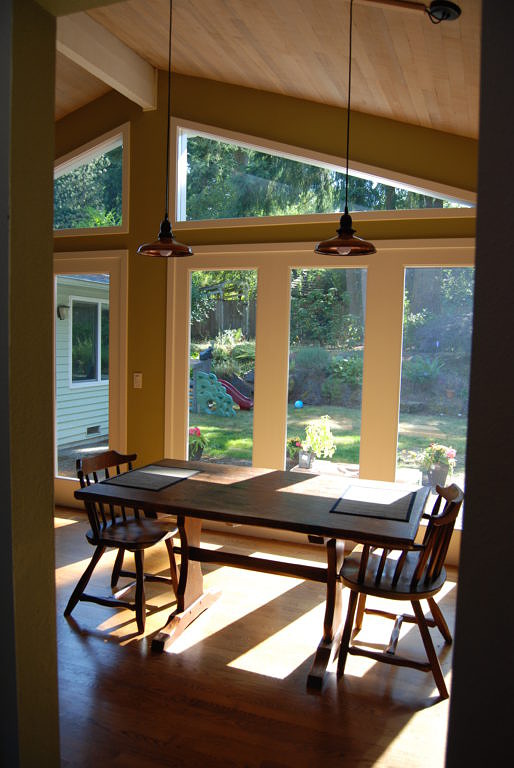 The lamps are the Benjamin Industrial Pendants in weathered copper from Barn Light Electric Company. 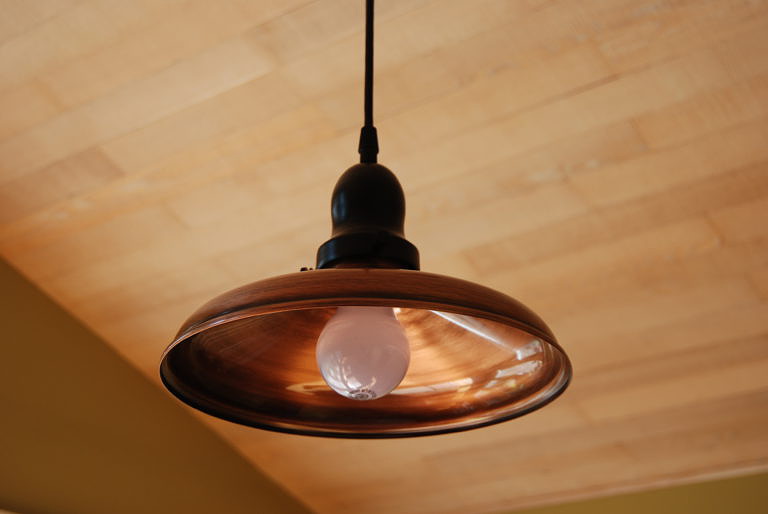 We were able to mount them without moving the existing hole in the ceiling, which is good since we don’t have good ways of pulling wires through that top section (due to the framing) or of patching the wood ceiling. 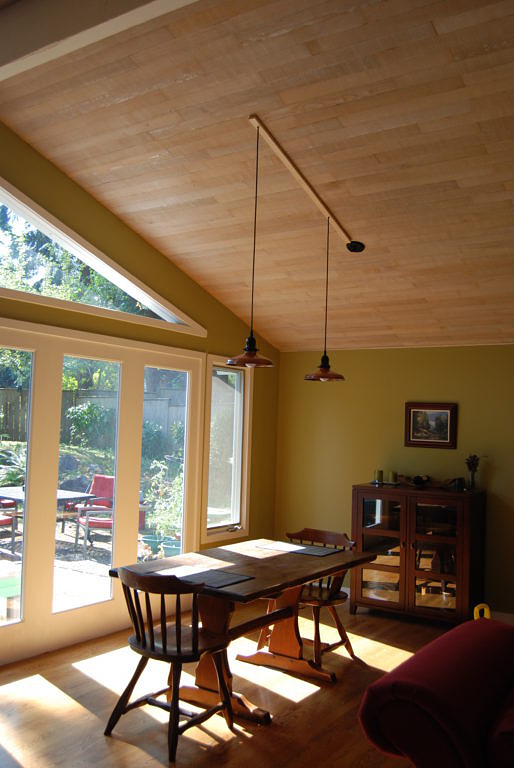 I love the way the brushed copper looks against the wood ceiling and green walls. We have kind of a lot of mismatched styles in that room, things I wouldn’t have chosen but that somehow work, and to find something that I thought was pretty on its own and prettier in the context of the room feels like quite the victory. 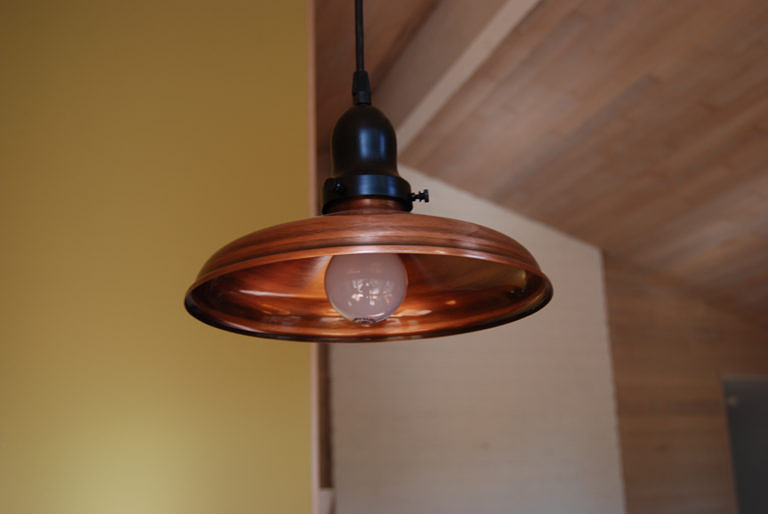 So, success, and a good project off the list a mere month before our five year anniversary of moving in.