We’d barely even gotten home with our Berghia Nudibranch last week before we realized that we should have gotten two instead of one. Their lifetimes aren’t that long (and we have SO much aiptasia), but if there are two and they lay eggs, then you have a self-perpetuating community of aiptasia eaters for as long as there’s any in the tank. So back we went, and home again with two more nudibranchs.

I got pictures of one of them settling in, here on the lower left of the photo – it took him about 15 minutes but then he nosed around and found an aiptasia to eat. You can’t really see his head here since it’s down in a crevice of the rock consuming the base of the aiptasia. The dark pigment in the white fronds is the poison from the aiptasia – he can’t digest it, so he stores it there. It’s thought to be a defense mechanism, too. You can see he gets very flat while he eats – he looked much fluffier before he started. His body is about ¾” long. 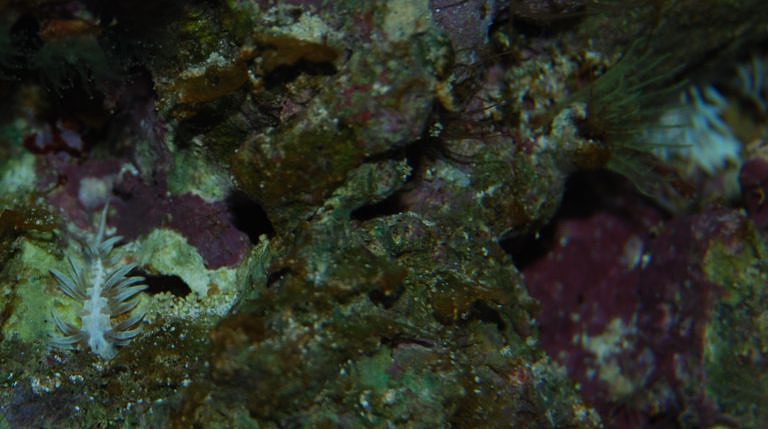 Very fun that on the upper right, you can see more white – our original nudibranch is still there and has really grown!! Here’s another shot with the new one, busy eating, on the left, and the older one in his crevice at center.

And a lighter one where you can see some of the aiptasia they eat – look on the right edge of the rock for the brown things with stalks, brown/grey circular faces, and long brown fringe/rays around the face. 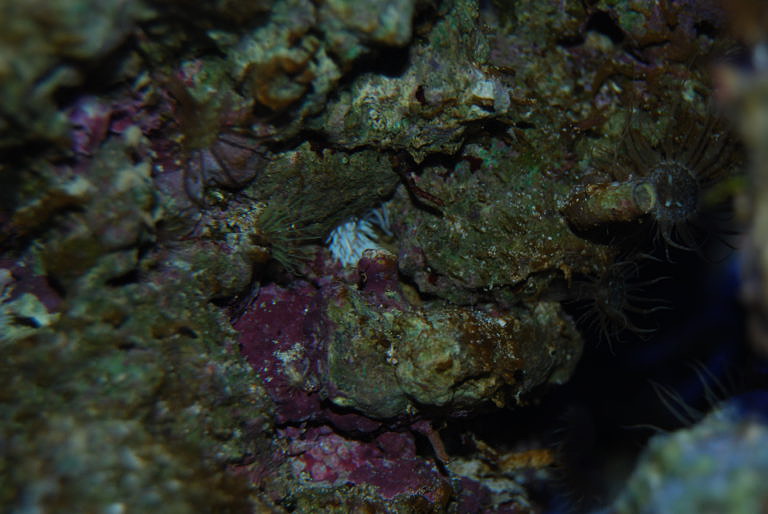 Ugly, pervasive, stinging nuisances. It’s hard to be patient while the nudibranchs do their work.

Also, I finally got a better photo of the fizzy mushrooms – it’s blurry, but the green is realistic. So pretty!! 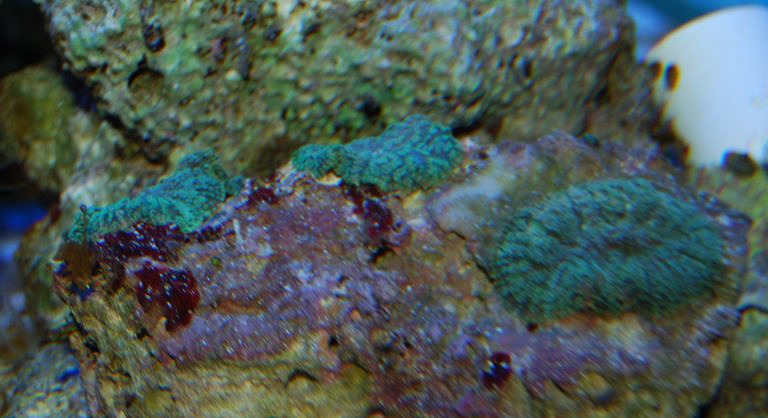