Back in January, we bought a peppermint shrimp. They’re supposed to be good aiptasia-eaters (which we certainly need), so in addition to the nudibranchs, we brought him home. Well, we put him into the tank, he zipped into a rock immediately, and that was the last time we saw him. A few days later, I found a shrimp exoskeleton, but it was pretty old by that point and hard to tell if the shrimp had molted (a healthy reaction to the new water and new tank after the stress of transport) or perished. As days turned to weeks, and then months, we eventually stopped looking and just assumed that he had died, victim to stress or one of our crabs.

Well! In mid-May, late at night, I was peering around the tank, and nearly four months after we last saw him, I saw him again. At first, I couldn’t figure out what had happened to the cleaner shrimp, it took many, many seconds for me to figure out what I was looking at. He only stayed out for another minute or so after that, then ducked back into the rock we’d seen him vanish into in January. He’d grown a lot, easily double in size, and looked quite fit and healthy. So that’s good. It’s sort of alarming to have a creature that’s as big as he is (close to three inches long, and his antennae spread out around him) and have no idea he’s even in the tank for a third of a year. It once again gives me pause and I have to wonder what else is in there.

Well, three nights ago, we saw him again! He came out and did a long loop around the tank, before re-vanishing. Here’s the peppermint shrimp on the left, low down, and the cleaner shrimp on the upper right. 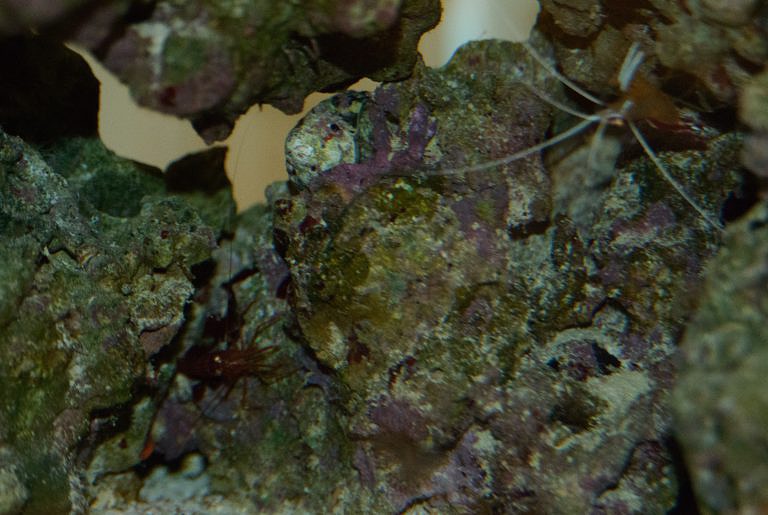 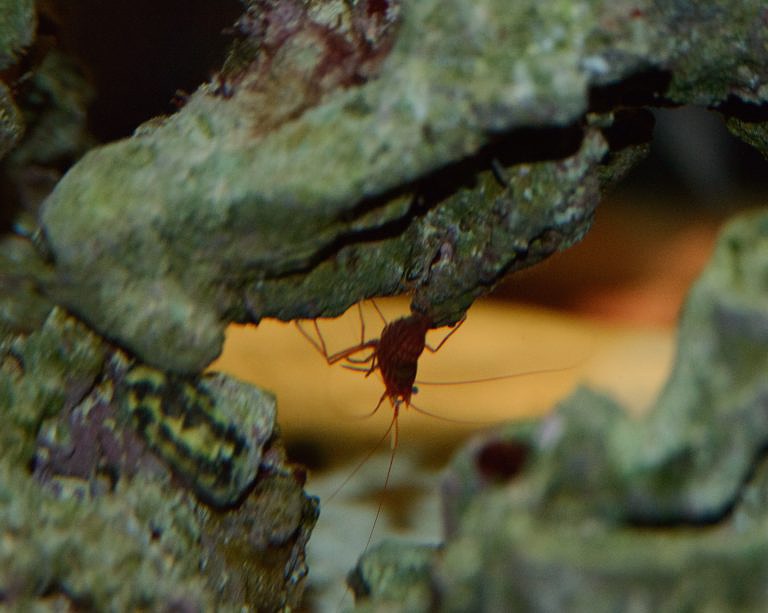 One last shot of his face before he disappeared again. 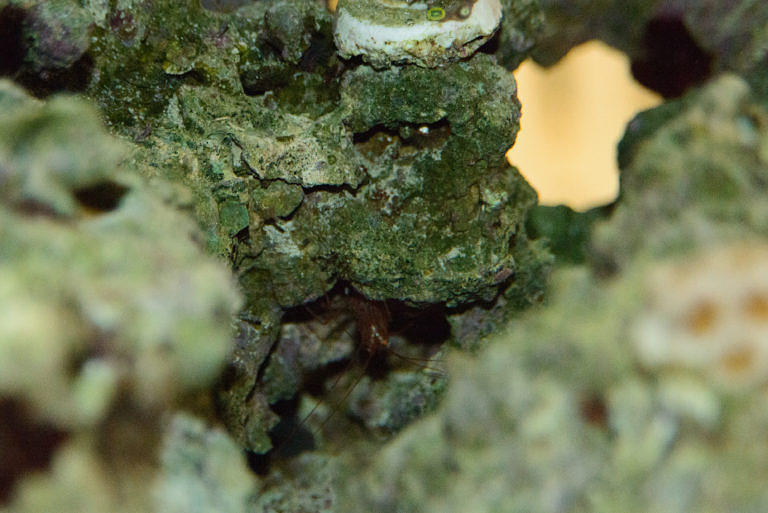 I would love if we saw him more, he’s very pretty.

One thought on “Peppermint shrimp”