Two neat sets of tank photos after the lights went out!! First, I had a looming sense of things not being right with the tank, probably thanks to how much reading I was doing about terrible crabs – I think that big black one is a Black Mithrax crab. People seem to agree they are bad news. They’re related to the Emerald crab, which gets more mixed reviews (can cause damage in a tank, but generally people excuse it because they’re pretty). So I went to check on the tank, hackles already up, and found TWO cleaner shrimps, and the one I saw first was moving completely the wrong way… 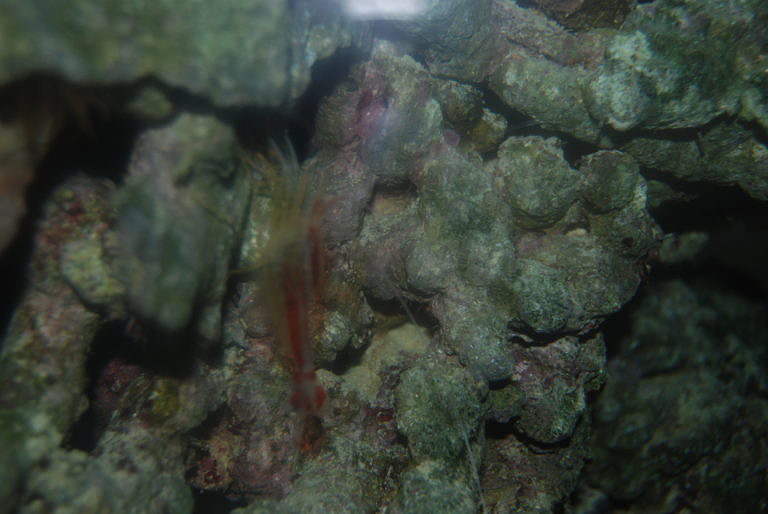 Of course, I realized a moment later that the shrimp had just molted, and the ghostly one was really the shed shell, attached to the rock by its feet and blowing in the current. Whew. Here’s our shrimp, safe and sound. 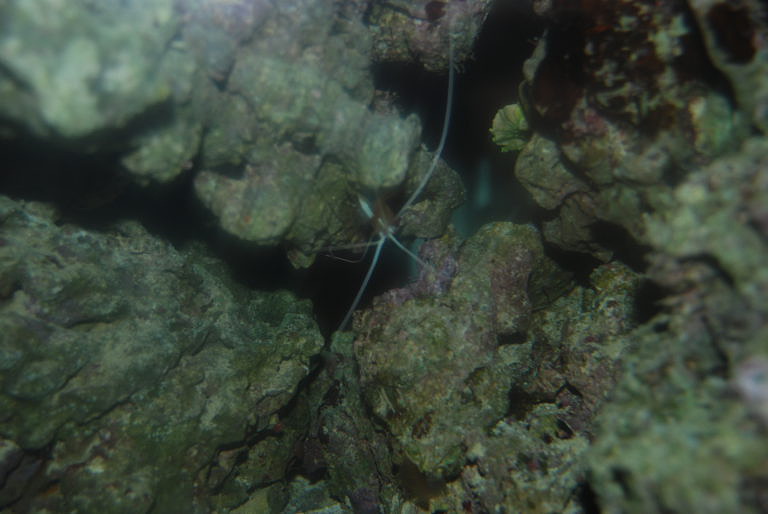 The second set of photos was from the next night. We final got a view of more of the body of the amazing white spotted chiton. He is much longer than he looked before. Kevin can see the chiton classification, I believe it but still can’t make it look like one. 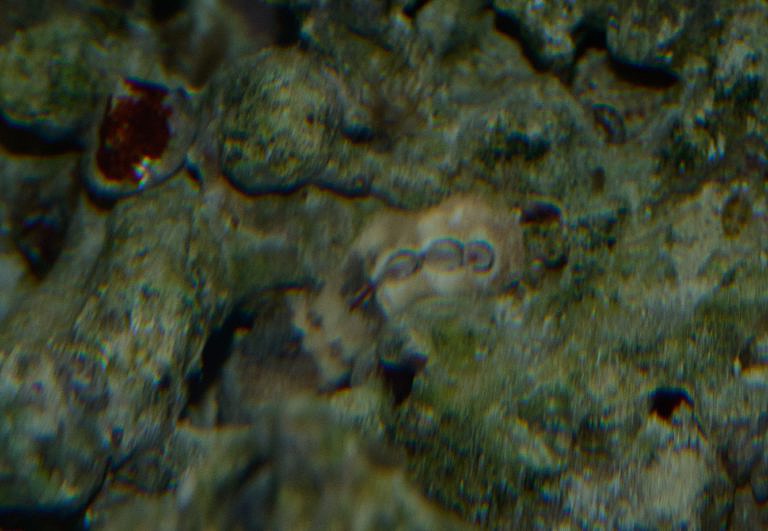 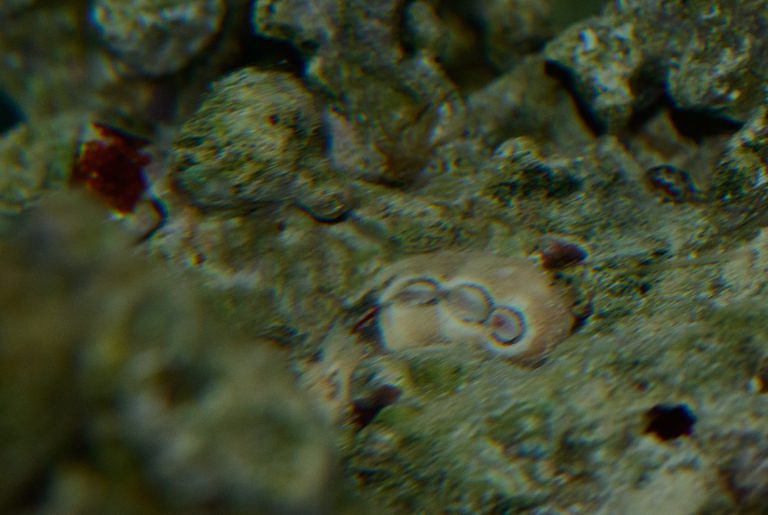 You can see that there are several bands of grey and cream, and in addition to the three circles that we could see clearly, there are several more that range from looking like circles to looking more like red slits. This photo almost looks like one of the red slits is the eye of an angry octopus – it’s very easy to let your imagination run away when looking at this dude. 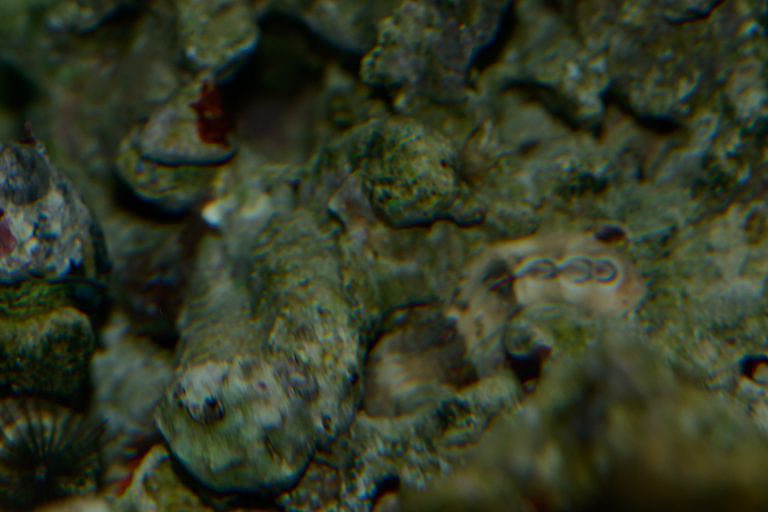 This one is zoomed out enough so that you can see his size compared to the turbo snail and blue legged hermit crab — their shells are on the left side of the photo. He’s not small! 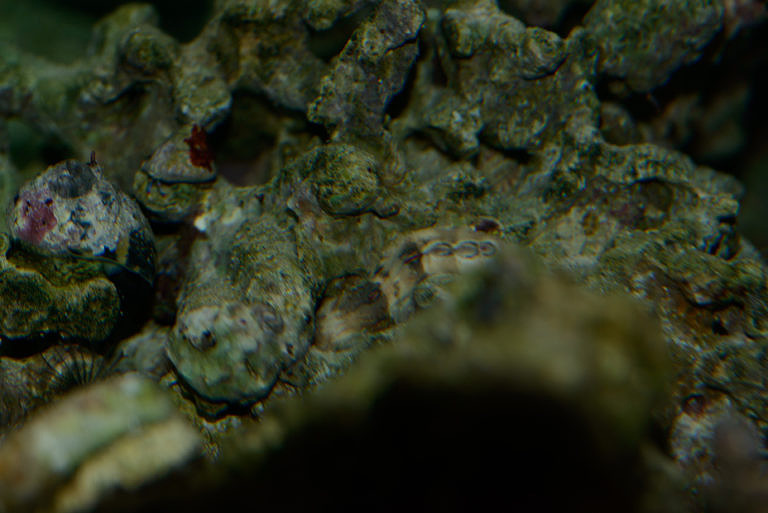 He’s harmless and neat, but so unusual!