There was suddenly a massive racket outside the kitchen windows, tons of indignant bird chatter, so I went to investigate. Turns out this little chickadee wanted to eat, and his parents had apparently noticed that he was bigger than they were, and thought perhaps he could find some of his own food. Dad at left, kid making a huge fuss at right. 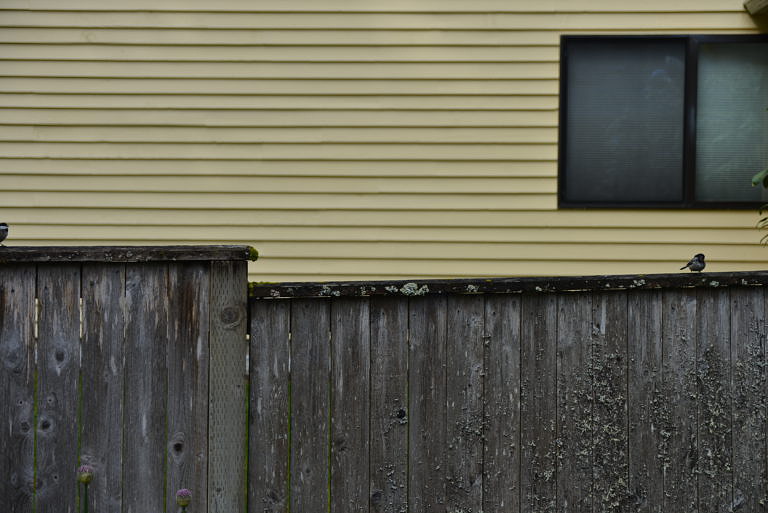 Hard to zoom through glass windows, but you can see a bit that he has that scruffy mix of adult feathers and baby fuzz. 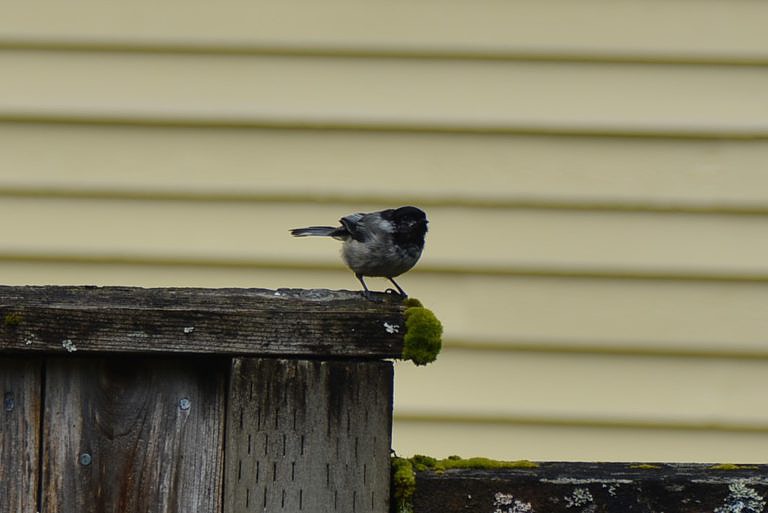 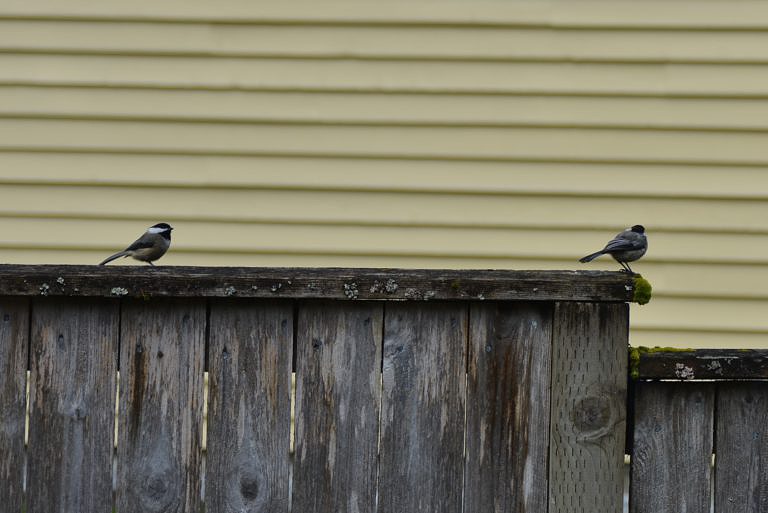 Mom kept swooping from the fence to nearby bushes and finding little nibbles for herself, then swooping back. You could practically see her saying, “See? Not so hard!” 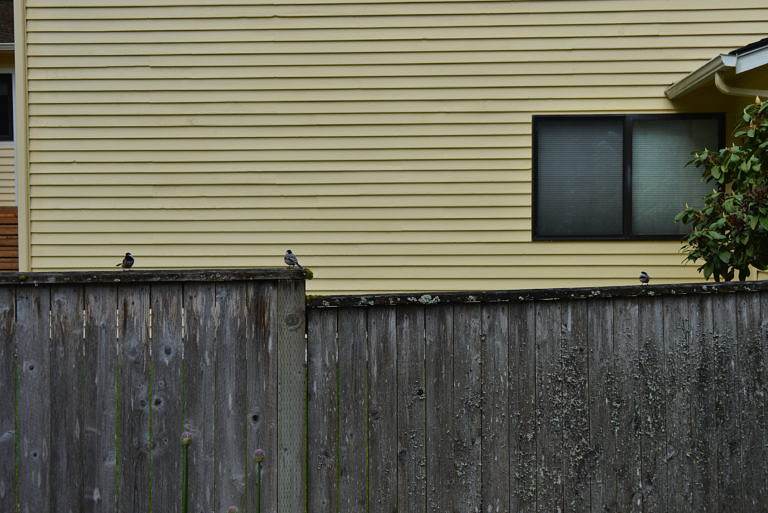 Both parents kept doing the lower chick-a-dee-dee-dee call, and the little once was just twittering and twittering at them in this highpitched cheeping voice, literally hopping mad.