I’m not on the ball for blogging this week, it seems. Here’s the catch-up:

My sister Sharon came out to visit for a few days of her winter break, and was here Thursday night through Monday morning. It was awesome to have her — the whole Providence-to-Seattle distance is hard to me. We took the ferry to Bainbridge, watched the Seahawks in a bar downtown, went to the fish store (she asked, we really didn’t drag her), and she re-learned to knit so we went to Acorn Street to get scarf yarn (again, she asked). In between we ate a lot of yummy food, tea and made it over to Essential Bakery. I wish she’d stay — or maybe include Seattle in her job search locations… (not that I’m hinting)

While we were at the fish store, we picked up two baby clownfish. They’re awesome. We’d been thinking of a school-of-3 of green chromis just to have more fish all at once, but I was both worried about them vs. the size of our tank and really wanted a clownfish (we’ve read a lot that unless you have a matched (aka breeding) pair of clownfish that there will be dominance issues, so we thought that it was 3 chromis or 1 clownfish). The ever-helpful employees of Blue Sierra explained that if you buy them young and approximately the same size, they will be fine living together. Further research at home showed that clownfish are hermaphroditic — when it comes time to breed the larger becomes female, the smaller male and it all works out. (Do your own google search if you want a lot of “gender-bending & disney” commentary…) So, now we have two happy, hungry, wiggly clownfish bopping around our kitchen tank. They really are the golden retrievers of the fish world. 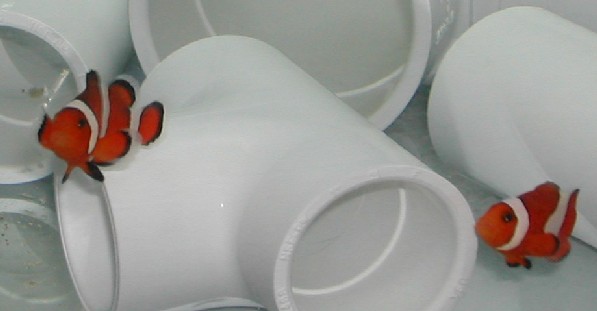 My favourite part of watching them is the way their mouths move. The littler one looks like she’s constantly saying “bopbopbop” and the one with more black tipping on his fins has a bigger chin and says “blablabla.” They both have a constant stream of running commentary, and keep talking over each other. It amuses me highly. Based on their sibling relationship (they were captive bred) and fondness of talking, they have been named Click and Clack (aka, the boston bros who’ve been doing Car Talk on NPR since the early 80’s).

(Note: This appellation is doubly appropriate since we got them while Shar was out visiting and she and Dave gave me two Car Talk cds for my birthday for the cross-country drive to Seattle.) 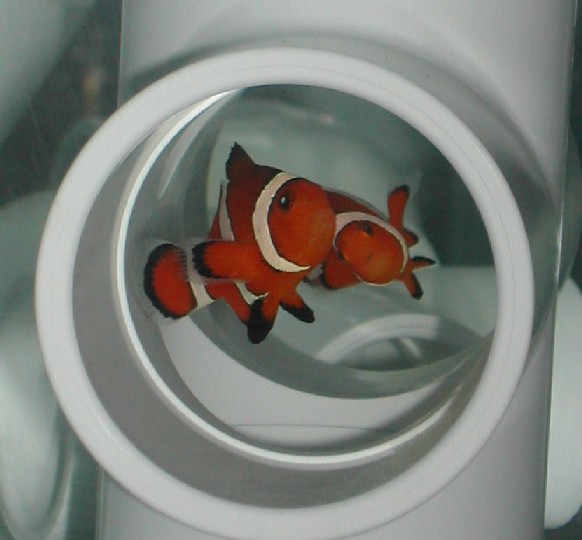 One thought on “Mid-week weekend update”