Remember, way back in the day, when we brought home our little baby xenia, compared it to an ent, and were enchanted by the pulsing? Well, it’s grown a bit since. (The picture from the side shows the three big branches, the furthest left of which was too heavy for its own weight and collapsed against the back of the tank, where it has since attached and continued growing.)

Grown, in fact, to the point that hands at a time will get sucked up into the filter tube, and we have to go in and rescue them. It’s not very smart, despite being large. So, in an attempt to keep it from doing itself further harm, and cheered by the success of the yellow polyps, I took an exacto to the poor thing and cut off the most damaged part. After three days of looking truly miserable in the quarantine tank, we now have an energetic, pulsing mini-xenia sending up new hands like mad, waiting for a bit more healing to the damaged hands and then to head back to the fish store for resale. Or, if there are salt-water aquarists from the Seattle area who are interested in a silver-tipped xenia cutting (now or in the future) leave a comment and we’ll figure out a time to trade/sell. (We’d love zoos, ricordia, pretty mushrooms, or other interesting corals that don’t require halides.) 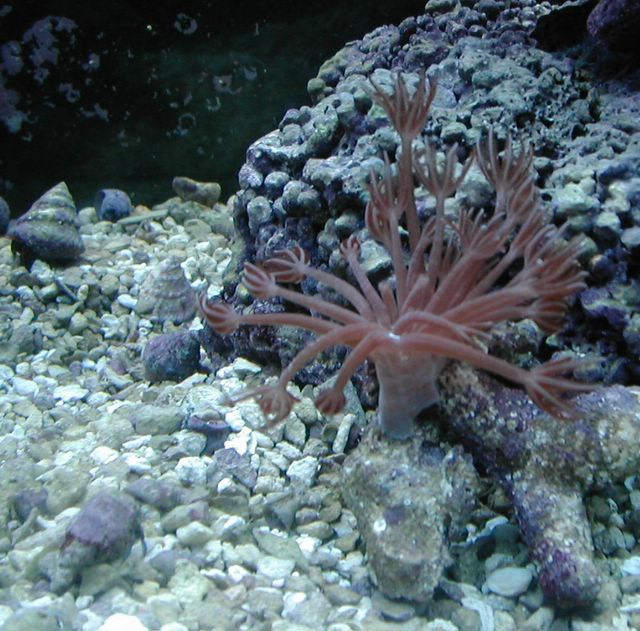 I’m eyeing the massive sprawl of xenia that’s left — it’s on borrowed time, especially where both the main body and the cutting responded so well. 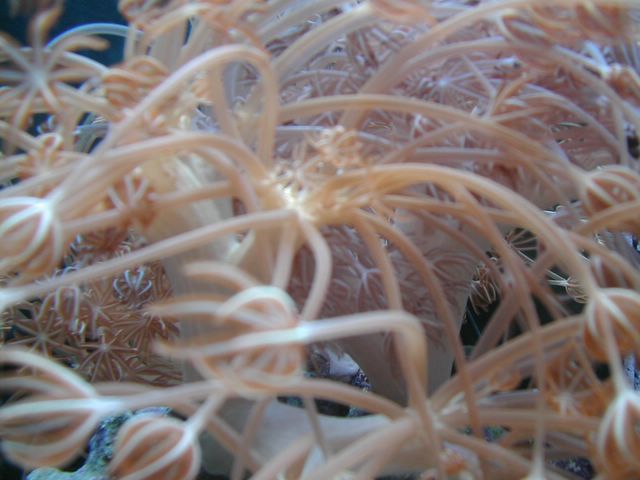 One thought on “The baby xenia”