As promised, I went after more of the xenia. Afterwards, with the peeved main branch and the three unhappy cuttings, I felt like the Butcher of Kirkland. The trunk furthest right is the one that was cut, and you can see it didn’t overly appreciate it: 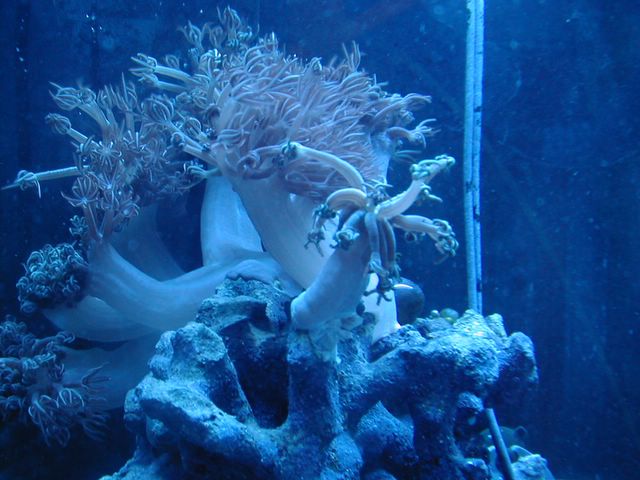 The first of these cuttings died by the next morning (it had squirmed most of its hands under the rock that I put in for it to graft to), but I’d put each of the three in their own red cups to heal in a more protected setting, and so it was easy to scoop out and the others didn’t seem affected by it. The second bound to the cup instead of the rock, and so it needed to be coaxed to step up (less difficult than I expected).

They look so pathetic. And yet now, a week later, we have two more new happy baby xenias and the original trunk is healing well. 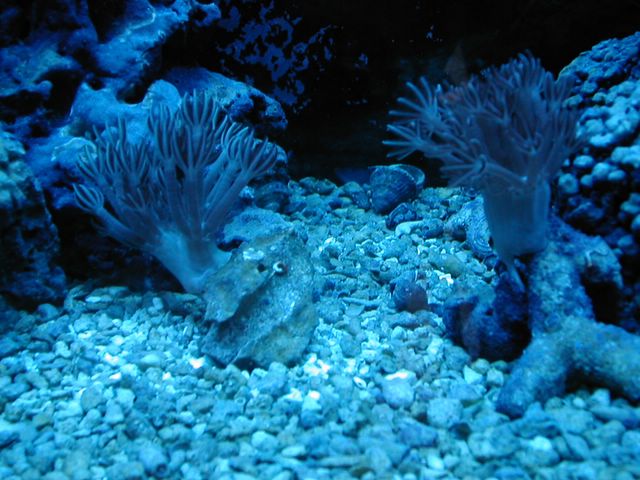 Additionally cool, I’ve finally found an aquarium society! The website is a bit out of date, but there’s a pretty active discussion board, including information about a frag swap on Saturday! Kevin and I are both psyched, if slightly empty-handed. We’ll bring the three little xenias (xenii?) to see if we can find them homes. We were thinking of bringing the orange zoos, and cutting them away from the mat that’s been growing on either side of their current setting. However, we both spilled at the same moment today (after separating them from the rock) that we *like* those zoos and don’t want to trade them away. So we’re back to just the xenias. 🙂

One thought on “Butcher of Kirkland”