After cutting the orange zoos to separate the spreading ones from the original rock, Kevin and I realized that the idea of letting them spread in patches around the tank has a lot of merit. I love our two new little colonies that frame the gramma’s cave. Such brilliance. 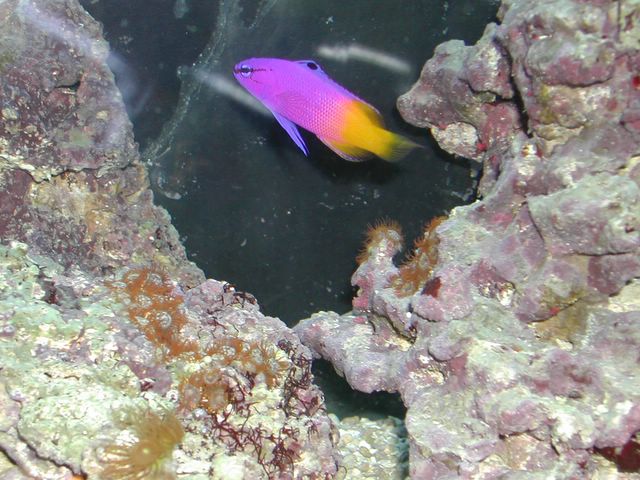 (You can also see the yellow polyps — three and counting — in the foreground. I moved them into the main tank last week. The first few days were kind of rocky because crabs kept knocking them over, but they’re in a more stable position now and looking happy.)

So now here’s a truly mediocre daylit photo of the new Zoo Exchange Program. We’ll hopefully get a few more colonies of the orange guys and then we can sell or preferably trade the original rock. 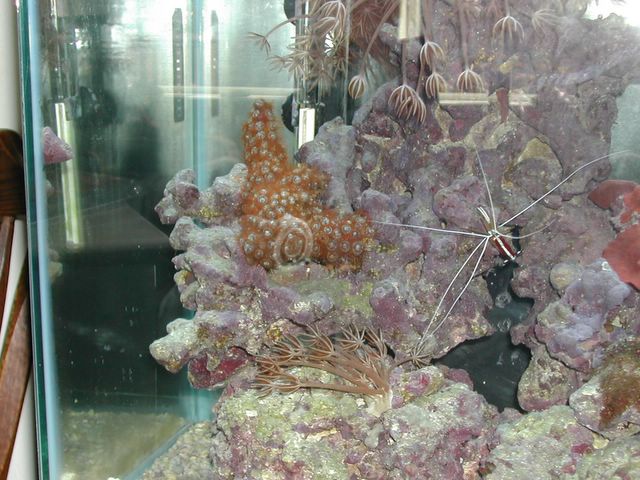 One thought on “More tank news”