Over the course of the year, our substrate snail population had become a bit depleted. I think we lost a bunch of them when we removed 2/3 of the gravel in June, but in any case, with our pretty sand bed, it was time to head to the store and pick up a new crew.

I forgot how much of a kick I get out of them. I’m not sure if they’re nocturnal or just very sleepy, but for most of the day they bury themselves under the sand. They have an amazing sense of smell, and when it’s time for the fish to eat, they pop out of the sand with very little warning and, trunks forward, cruise over to the source of the food. 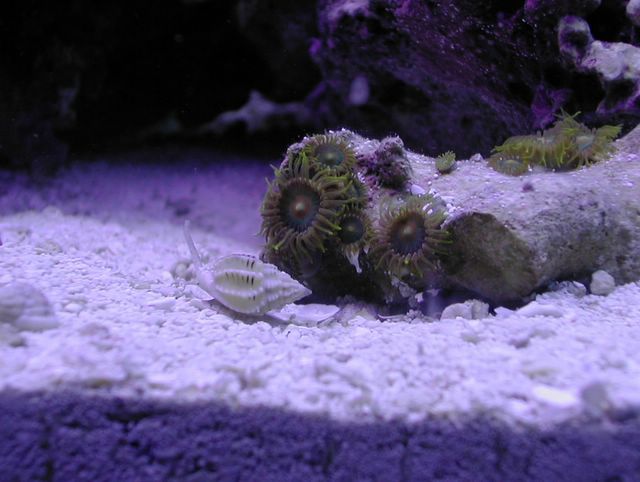 Frequently, they also engage in the folly of glass-climbing. They really aren’t cut out for it, so you see them go up, up, then their speed starts to fade, their snorkle starts to waver, and they go careening down the glass again. You can practically hear them shrieking mayday.

I don’t know why they’re so fun to watch since the behaviour is always the same, but seriously: endless amusement. It’s great to have them back.