The Olympics have begun! I didn’t watch the opening ceremonies, due to general busyness, but Ginger, Jessie and Kevin came over for a movie night, which meant I had a (captive) audience while I was stringing beads! They look remarkably cheerful, given the circumstances: 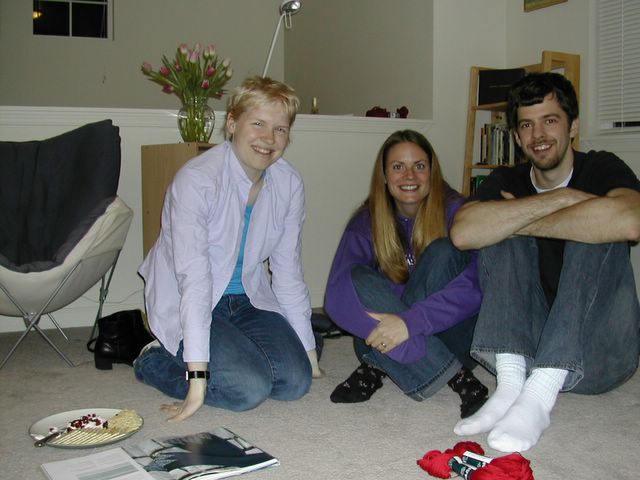 I ran the yarn through somewhat melted wax in the morning, so by the evening it made a reasonably hard “needle” of the end of the skein. I doubted the wax would work, so I also tried using nail polish. The nail polish made a hard point, but it didn’t compact the yarn the way the wax did, so it was too big to get through the beads. The wax worked perfectly. Lesson learned.

With the needle, I was able to go row by row though the beads I had laid out. Laying them out and stringing them took nearly three hours and about four vials of beads, with a break in the middle for the movie. 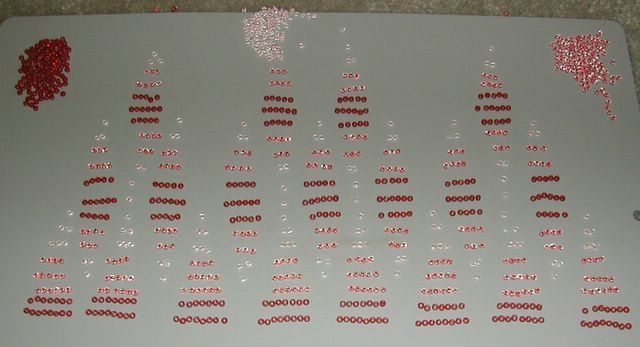 I cast on and knit two rows (that’s 36 stitches total, for those counting), then decided to call it a night. The total status is that I have one end and two diamonds worth of beads strung, all four skeins of yarn wound into balls, and 36 stitches completed. I’ll need to pick up the knitting pace. Since the progress isn’t particularly stunning on its own, I took the for-the-record photo with my gorgeous tulips from my afternoon jaunt over to Pike Place Market. 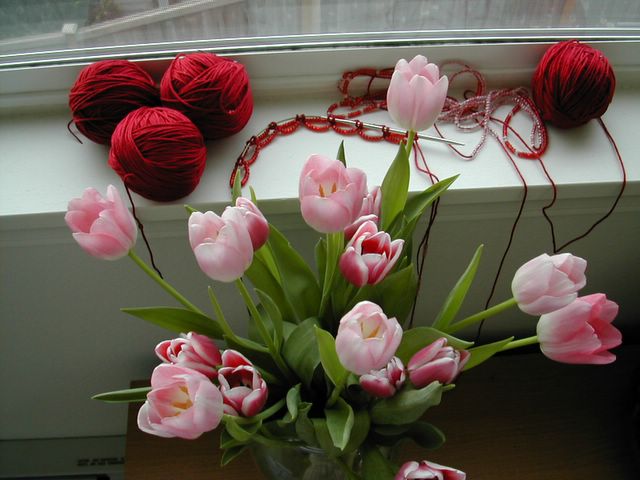