Since it continues to delight me, here’s another post on my office garden. I replanted all of the starter peat things in the pots, and the plants have been taking off. One of my co-workers unraveled a mystery to me. The first two leaves in the balm lemon, mint, and basil looked nearly identical, and none of them looked like the grown plants. It turns out the first two leaves are the seed leaves, or cotyledons, which provide energy until the real leaves grow in enough to start photosynthesizing on their own, at which point they wither away.

You can see them, along with the more-formed real leaves, on the dill and the basil: 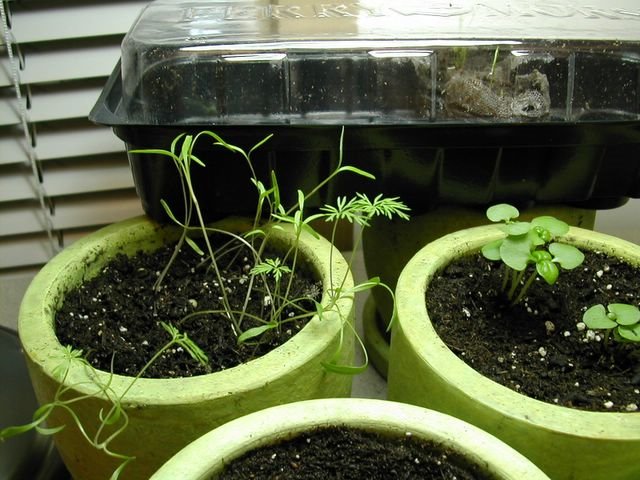 and on the balm lemon: 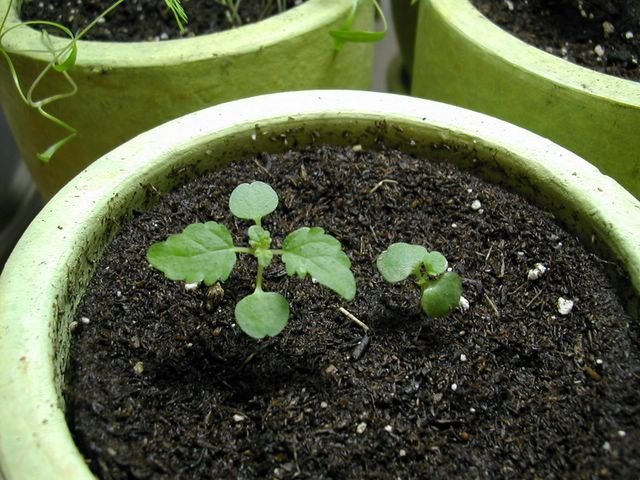 and if the mint was not so miniscule, you’d be able to see them on that as well: 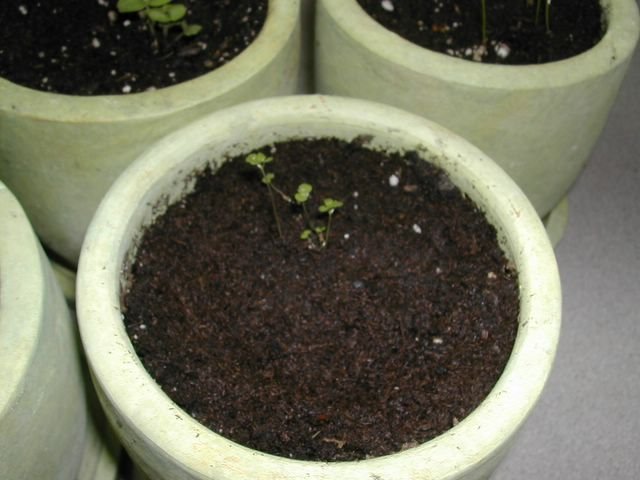 The mint is amazingly tiny, even though it’s been growing as long as the rest. I have to assume, having tried to remove it from pots before, that these pipsqueaks of plants are already accompanied by a huge and growing root structure. I’ve been tempted to go digging to try to find out, but so far I’m being good and letting them live rather than satisfying my curiosity.

No cotyledons on the chives, but they’re going strong, and when I planted a few more seeds they sprang up very quickly: 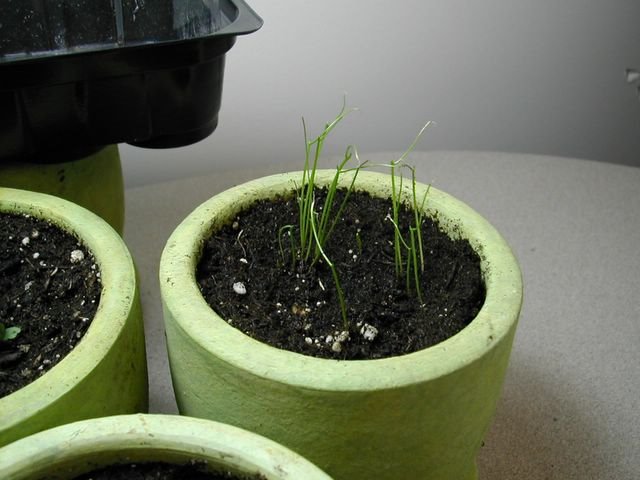 The first lavender seeds never took, but I planted a few after the first pictures, and those came up within the week. It then took a good five days for me to realize that I must have grabbed the wrong packet because this “lavender” actually looks suspiciously like chives. I kept waiting for it to just grow leaves. 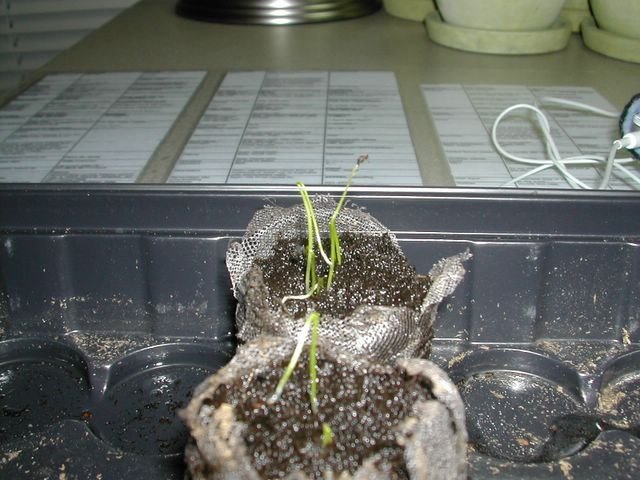 It’s sort of odd — every new sprout has the seed held aloft. I have to assume that the roots are growing underneath the soil and the seed shell got shed and pushed above ground. It’s sort of tempting to pull them out and replant them the other way. (You can see the seedpod silhouetted against the style guide that I printed out and put under contact paper so that I would have it at hand instead of opening the website thirty times a day. I’m finally learning it, and there’s something about it and the contact paper that satisfies the Type A part of my brain.)