Believe it or not, I planned to post knitting progress, but I woke up to dismal grey instead of the sunny brightness I’ve been becoming accustomed to, and decided that the photos wouldn’t turn out. (I’d also planned to post quilting progress, but didn’t make any, so that plan was also out the window.) That leaves only plants and the fishtank of the topics my posts seem to fall into, so, by process of elimination since I don’t have any interesting plant pictures, let’s see the fishtank Yay!

You may have seen this in the tang pictures from the weekend, but our xenia has been having issues. You may remember, from way back before we moved the tanks, that the xenia used to be a massively growing, medusa-like mess, to the point that we kept having to remove bits of it. Here’s a sample picture from September: 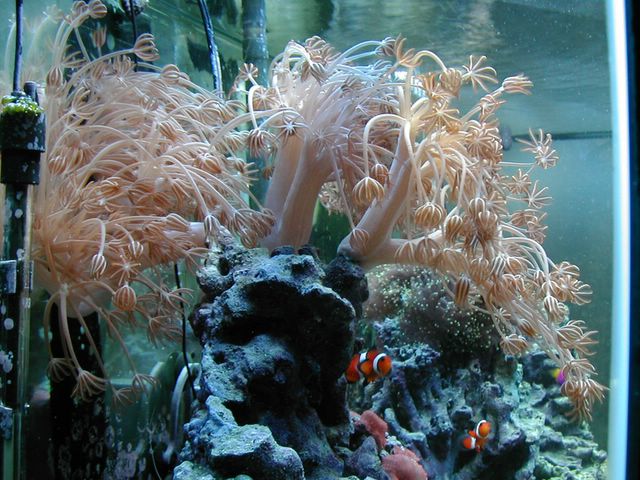 I loved our free spirited xenia. Well, we took the top glass off the tank (which dramatically increased the light), moved to the new tank, added some new corals, and changed our circulation, and since then the xenia’s been tiny and under control. It still pulses, but the seven inch arms have completely disappeared. 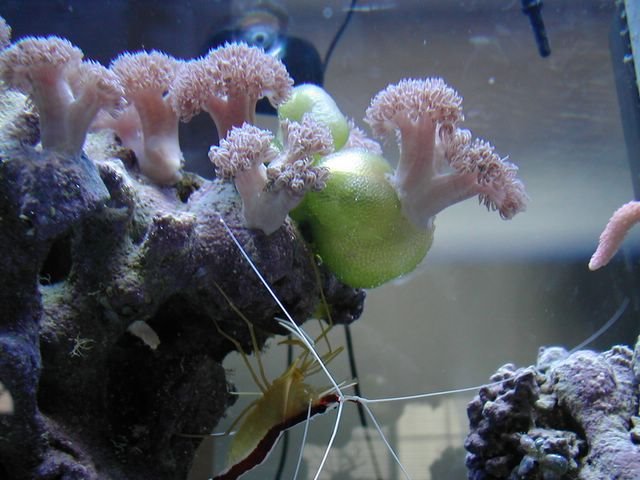 See what I mean? I have no idea which of the variables effected the change, but it’s hard not to miss the amazingness crawling off the rock and up the back wall.

And now, aside from its well-mannered smallness, it’s being pushed around by the bubble algae. As you can see in the far right, that thing started growing, then gradually separated the xenia from the rock until it reached this point, where it’s nearly two inches away. The xenia doesn’t seem to mind, but I always feel sort of precarious when I look at it.

Our other xenia is doing well. This picture has a blue cast from the lights, but it’s really a shell pink. I love how the feathered the hands look as they pulse. 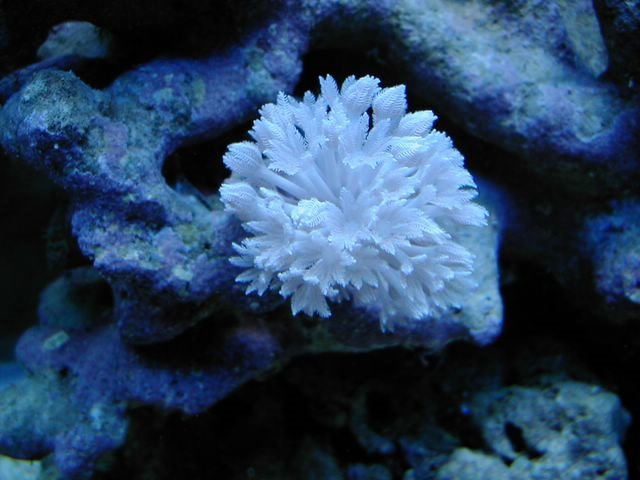 We put the volunteer xenia (love that) and the last xenia frag down in the refugium. Apparently, they’re as talented at nutrient removal as all of our macroalgae. I’m hoping that with the lower light the xenia takes off like its wilder relatives. 🙂