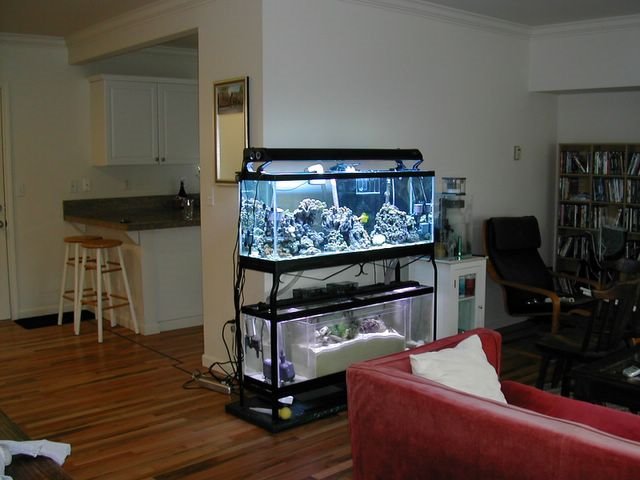 The sump is set up, the sump/refugium circulation is flowing, the tang is in the main tank, and the green bin and the quarantine tank are broken down! There was one more trip to Lowe’s for a PVC piece to replace the soft pipe return from the sump to the refugium, since the soft pipe is very gurgly, but we’re actually in good shape tank-wise!

The tang, after an initial panic that lasted about fifteen minutes, and a shy period of a few hours, seems to be adjusting readily to the new home. He’s pretty freaked out by the shrimp, but seems to find the clowns captivating. They’re a bit less overt in their affections. (Kevin and I were thinking of ways to describe the relationship. Most apt seemed the krill in Finding Nemo: “Run away!”) The tang swims everywhere in the tank, which is new for us. The clowns are usually tied to the left third of the tank, venturing away every few months. The gramma also likes the rock on the left, and sleeps in a rock on the right side, but rarely visits the far right of the tank or lingers much while swimming between the two spots. The tang swims everywhere, even high above the rocks, but still seems a bit leery of the front glass.

Some pictures of his interactions with the clowns in the mid-afternoon (sorry about the daylight reflections off the glass):
Following them around and around the big rock… 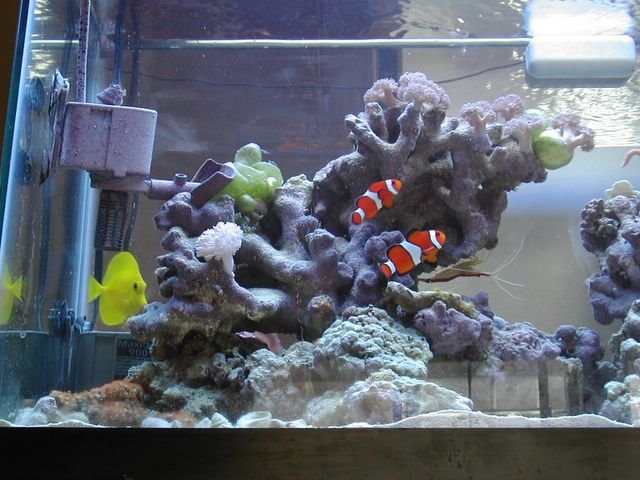 … then around the back again… 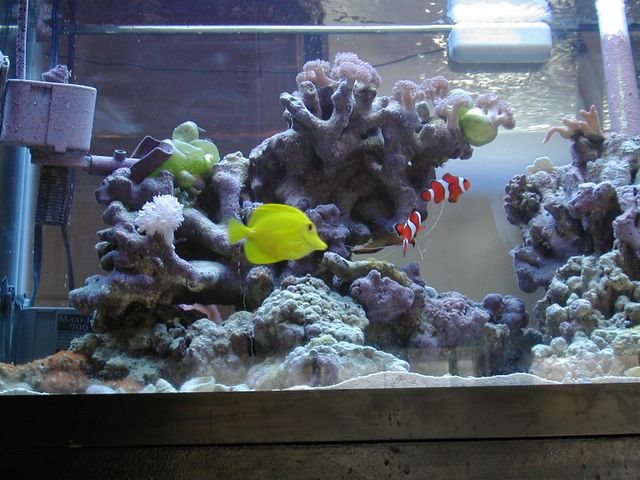 … then a surprise visit from above after a quick food break for the tang. 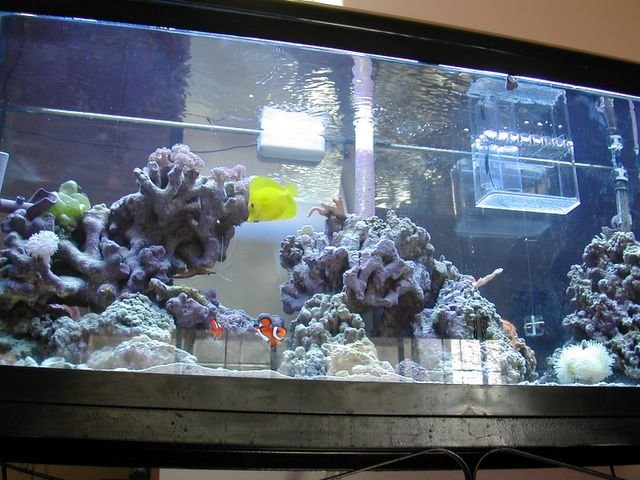 By the evening, the tang was looking a lot calmer. He’s found his reflection in the glass on the far right side, so he spent a lot of the evening showing off for himself. The clowns also relaxed a bit and stopped swimming side by side.
The tang is showing a marked preference for Clack, though, and follows him about. Clack is letting him get a lot closer (an inch or two) before turning to flee, so they’re making progress. They’re both pretty amiable fish, so with luck they’ll be good company for each other and we won’t have a personality clash. 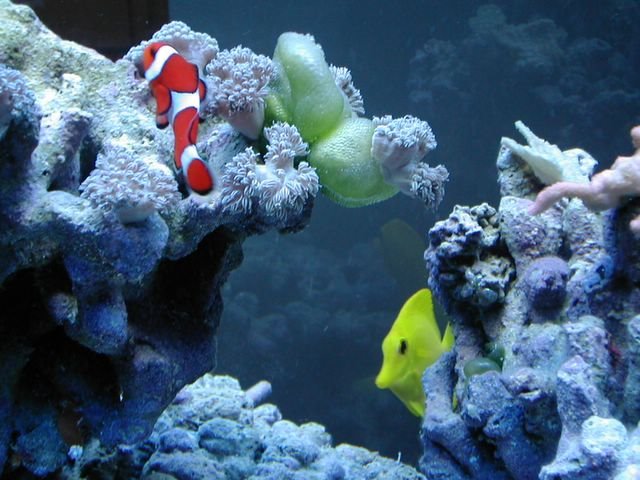 The clowns look even wrigglier than usual compared to the sleek and speedy tang.

The gramma, true to form, hasn’t made an appearance since the tang showed up… I’m hoping that they’re OK tomorrow while we’re at work. Fingers crossed.

3 thoughts on “And we have a presentable apartment again”