I’ve been meaning to take a picture of the chives for a few weeks now, because the one flower has been persistently blooming. Somehow the thing is still going, so I was lucky enough to remember in time to get a shot: 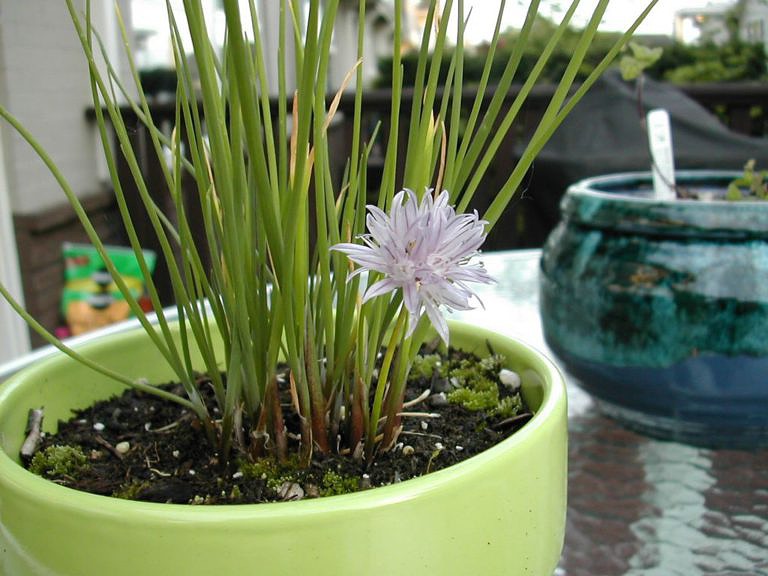 Isn’t it pretty? I had no idea what to expect, and I’ve been enjoying seeing it whenever I go out to the back deck.

In other back-deck plant news, my strawberry plant survived the winter and is now positively laden with flowers and tiny green strawberries. Neat! My indoor plant is slowly labouring over one misshapen berry, so it’s nice to think the other plant might yield some. I was going to go pull off one dead leaf, though, when I noticed foam all over the plant. I’m suspecting that some insect was here: 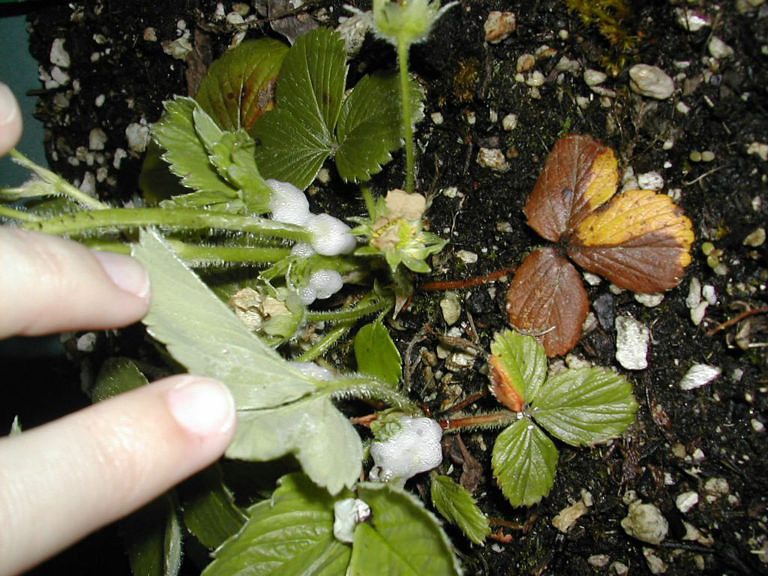 Do any of you know what is causing this? And any idea why? And most importantly of all, any idea of what I should be doing to fix it, or whether I can just leave it alone and the plant will continue unphased?

UPDATE: It looks like I have an infestation of aptly-named spittle bugs. (See the second and third paragraph here.) According to this and several other similar sites, I have to remove and squish them or the fruit will be tiny and the plant stunted.
:-/ Good to know.

One thought on “Are they supposed to foam like that?”