The protein skimmer cozy took a bit of a detour. I decided to use the Traveling Leaf pattern from Knitting on the Edge, but after the first eight rows, things looked a bit wrong: 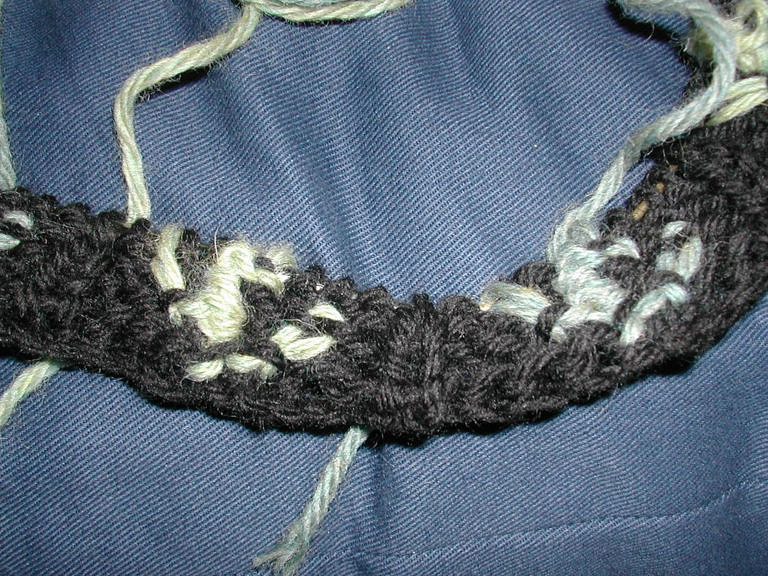 Compared with the crisp neatness of the original pattern, clearly something went awry: 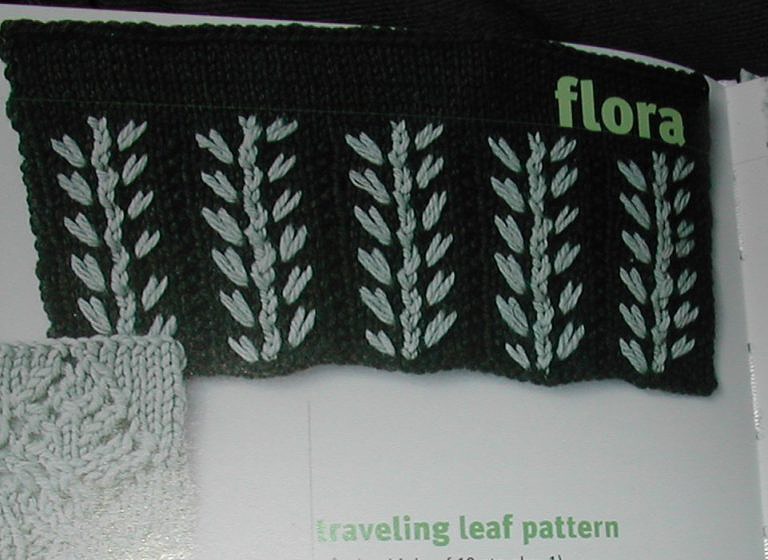 Slightly closer inspection revealed that there were some knits where there should have been purls and several cases where they told you to use color B when they must have meant A. There’s probably errata on the net somewhere, but I just went to work with the crochet hook, and managed to repair it to this state after an hour or so:

Much better, but now I’m irritated with the whole book. The good news is that now I visually “get” the pattern so I don’t have to look at it anymore, but my tension is off for the “leaves” and the lack of attention to detail by Ms. Epstein and her editors has made me cranky. I’m not giving up on the project since I’m only a few rows from the end of the color and the all-black stockinette round-and-round part will be fun and quick to finish, but still. I bought the book this winter, and it’s very lovely, but this first pattern from it makes me wonder what the point is in showing pictures of patterns if the instructions are a disaster?