I’ve been having fun playing with my ball of Noro Lotus. I decided to knit it up into an I-cord strap for a felted bag, thinking that it would really pop against a black background. But while the thickness of the five-stitch I-cord felt about right, I was really disappointed with the colors. I loved the chaotic warm colors with the white, yellow and blue highlights that showed when the yarn was in a ball, but when I started knitting the impression was just blocks, and I didn’t think they were pretty. I particularly wasn’t a fan of the stretch of blue, and all of the vibrant red and pink was more or less gone. 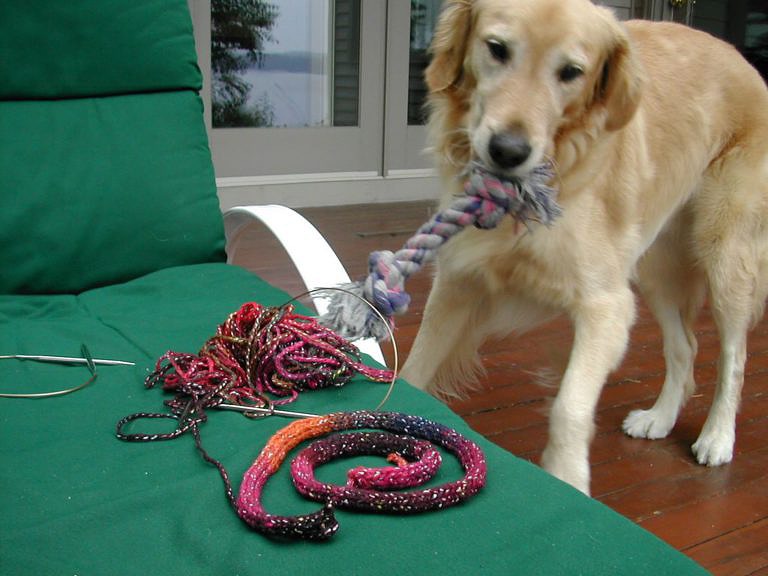 (Comet thought his rope was *far* more interesting than taking pictures of knitting… He kept tossing it around and growling. 🙂 Funny dog.)

This wasn’t fitting my vision at all, so then I decided to double the yarn and start over. Here is about two inches of progress with a doubled four-stitch I-cord — so much better!!

I actually decided to rip back yet again and make it a 3-stitch cord since it was seeming a bit too thick. I also cut out the blue, green, and mustard brown stretches of the yarn. Noro always throws in colors that I think would have been better left out. I tried to be open minded and leave them in, but after knitting along I had to rip back and get rid of them. Not pretty. Now I probably won’t have enough yarn (especially for the double strap I wanted), but the colors are so pretty again that I don’t mind. 🙂 Maybe I’ll be able to find another ball even thought it’s discontinued?

Once I was on the right track colorwise, I was so happy to have an excuse to go to Keepsake Quilting one town over in Center Harbor for the bag lining. I found a shockingly bright Bali print (shown in the picture above), and I think it will work perfectly if I have enough yarn to finish the strap. (I also picked up this pattern for Four Corner Designs’ Stash Box Quilt — so pretty, even if not something I will get to soon.)

While I was at the quilt store, I swung by Patternworks, which is right next door and run by the same people. I get their catalog, but the yarn is usually pricier than buying it locally. The store always has sale bins out front though, and I was quite pleased to find 6 balls of Jaeger’s Siena 4 Ply in a pretty light leaf green. 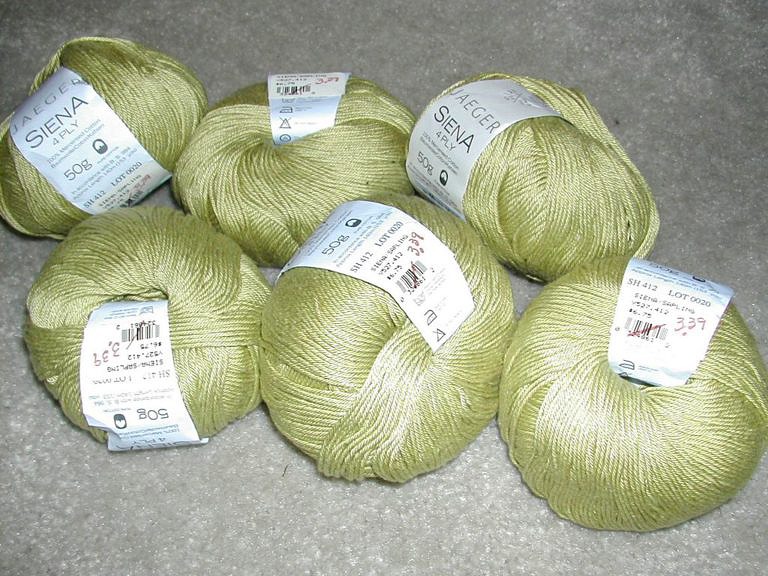 I’m hoping it will be enough to make some sort of shrug, though I don’t have an exact pattern in mind yet.