We had major delays on the flights from Manchester to Philadelphia. As the plane got closer to landing, it was clear why. They’d been citing the weather, but it was so dramatic to fly next to the huge thunderheads suddenly boiling up into the sky. 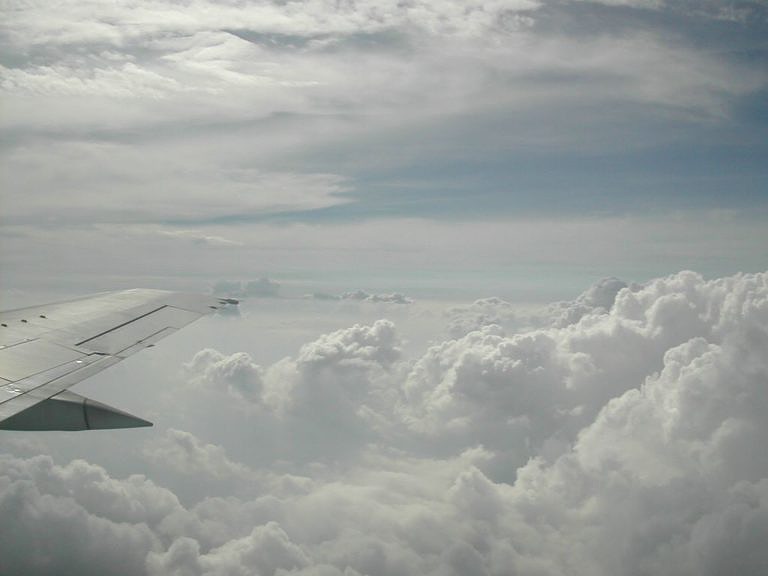 The picture doesn’t do it justice, since we flew too close to them to give a sense of the perfectly flat clouds that these towered out of. I was glad that we weren’t flying through them (our teeny plane would have been bounced all over the place), but it was such a neat thing to fly next to. Yay for summer storms!