This weekend was Seafair, and while we still didn’t make it into Seattle for any of the festivities, we still saw the Blue Angels both days. On Saturday, we just saw them from the top of the street: 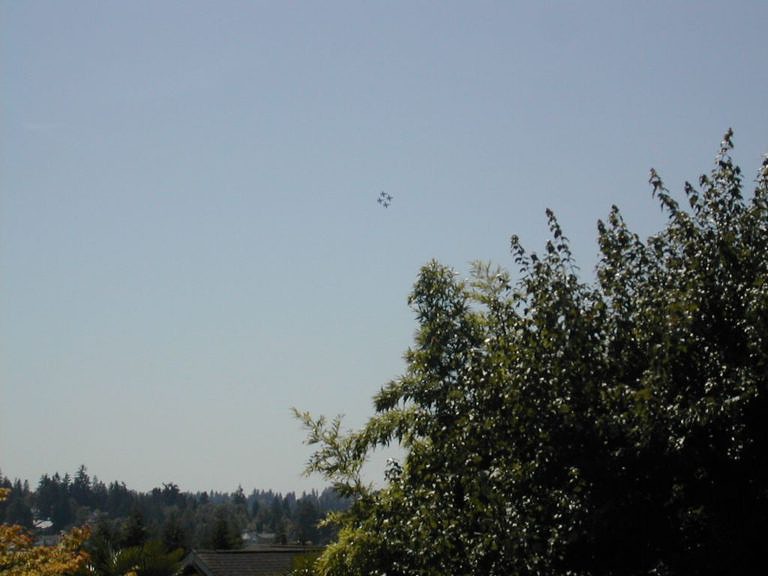 and as they flew overhead as we went into Bellevue to go to the ring store.

On Sunday, we got slightly more in gear, and went to Meydenbauer Park (pdf) in Bellevue to watch. It’s a great park, quite a bit below the road and with a pretty mix of shady grassy areas and beach. There were lots of families with little kids, and a swimming area with lifeguards. It seemed like a nice place to park for the summer.

The view wasn’t perfect, but we could see the planes run low over Lake Washington in their approach to Mercer Island and the I-90 bridge, which was really neat. The sound is always in the wrong place, so it took some practice to get good at watching. Here’s a sample loop way up over Mercer Island: 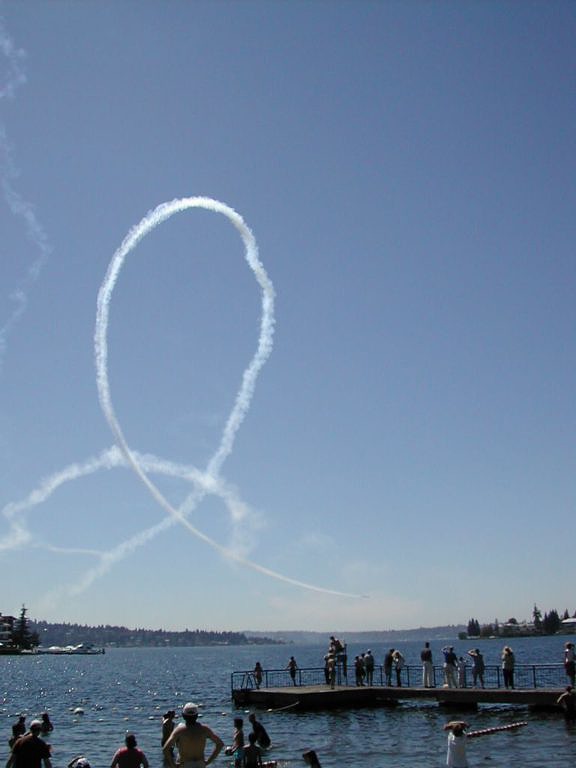 Keep in mind that the blur at the bottom isn’t one plane, it’s four: 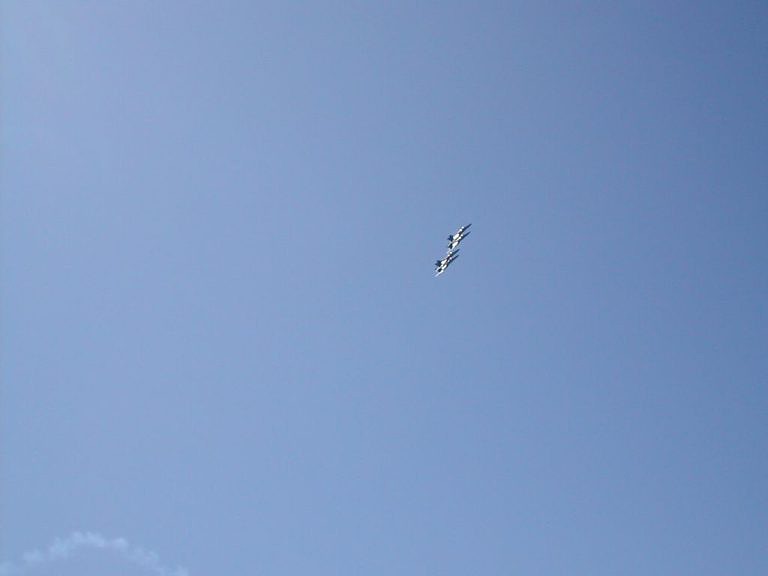 At some points, they were flying five and six that close together. It’s completely amazing, though clearly I did not miss my calling — it’s definitely something I would never want to do. The same cannot be said for Kevin. We’d been watching for about eight minutes when he started rhapsodizing about how cool it would be, and how amazing the planes were, and how he wished he could fly one to work every day. I was looking at him with a somewhat disbelieving “right, but not seriously” expression, when a group of four year old boys that had been digging up sand at the water’s edge spontaneously started jumping up and down and chanting “Blue Angels! Blue Angels!” …it just must be a boy thing. Right up there with being able to make a full complement of motor sounds with your mouth. The planes buzzed the beach a few times, much to the delight of the boys in the water, but they flew so fast that I couldn’t get the optimal shot… 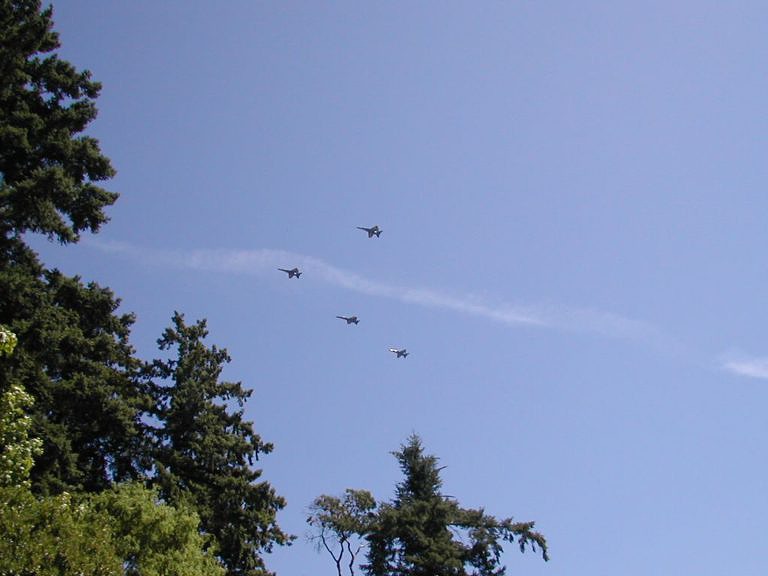