This wouldn’t rankle quite so much if it wasn’t so obvious after the fact that I played the wrong quarterback (negative four?!), and definitely played the wrong defense. I’d sort of been thinking that since Chicago is known for its defense and Seattle prides themselves on theirs, it could be a really interesting game. Instead it was a flat-out romp. Bummer. Also worth noting that, once again, I played the wrong Reggie.

The major bright point in this whole affair was watching Laurence Maroney run his way to 125 yards and two touchdowns! Yay for the New England rookie!

Also, I’m to the shoulder decreases on my vest! Here’s a photo after Monday Night Football: 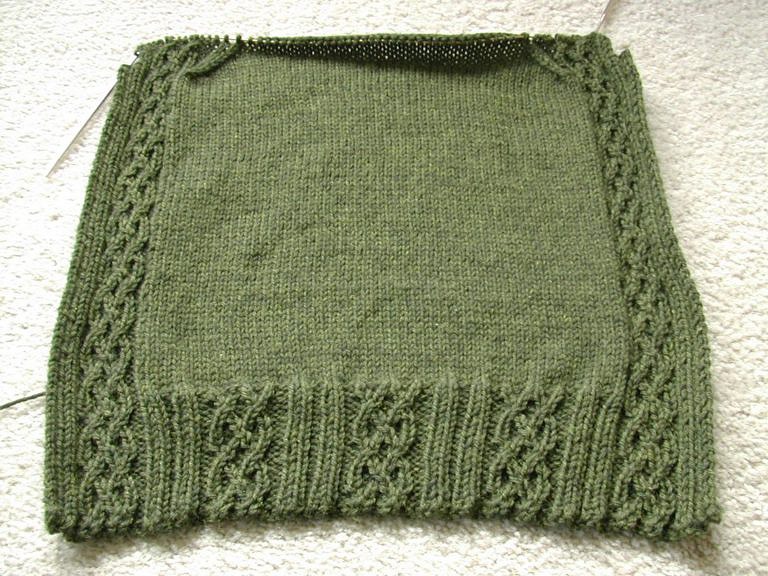