We didn’t do anything in particular to add or encourage starfish in our tank, but the little (1/4″ or smaller) brittle starfish have proliferated. They are supposed to consume detritus, so the more the better, in my opinion.

They’re wildly light-shy (not to mention camera shy), but after cleaning the tank, I found this guy on the rock and managed to snap a relatively clear photo. 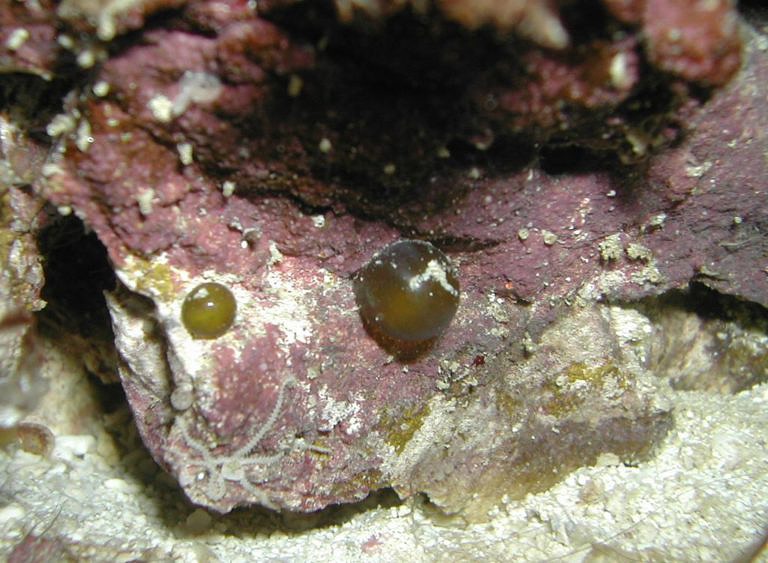 He’s all curled up, but probably at max 3/8″ across in this photo. Most are smaller. When we clean the tank, we vacuum out the sand, and we always end up with scads in the waste water bucket. I always feel guilty about the prospect of flushing them down the tub drain and spend nearly an hour fishing them out and putting them back in the tank. (which, judging by body language, they truly don’t appreciate. ingrates.) I use a pipette to suck them up — when they’re shot back out into the water, they curl up into a ball and drop straight down, so that they can burrow back into the sand. Our fish are fraidy-cats and wouldn’t touch them, but it’s a neat survival instinct.