I haven’t put up any tank pictures in a long time, so here’s one of the gramma and clowns for Friday. 🙂 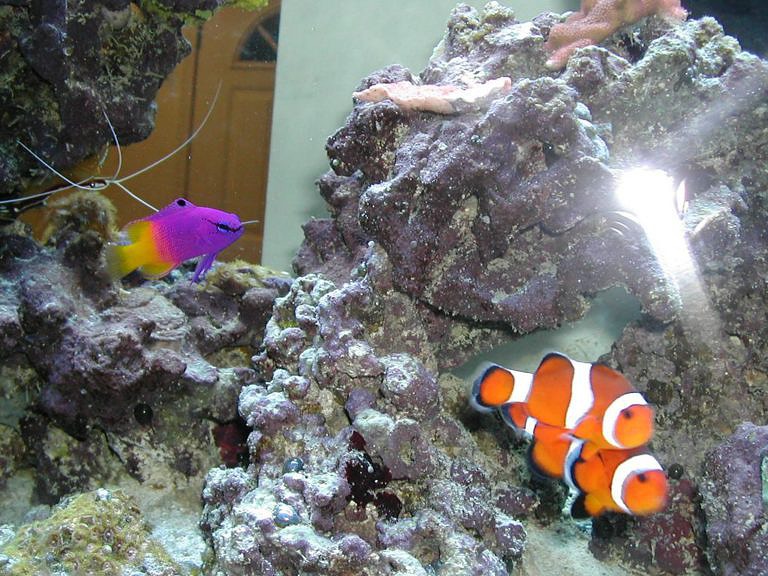 Sorry about the flash. The gramma used to be the dominant guy in the tank, with the two clowns mostly trying to stay out of his way. When we added the tang, the balance shifted, since the tang and clowns tended to school together, and the gramma has a healthy respect for the tang’s tangs. (The tang has a retractable white spike on either side of its tail which it uses, effectively, for defense. These spikes are called tangs. The gramma is smart to be wary.)

Recently, though, the tang has become a bit more independent, generally leaving the clowns as a pair. Without the big yellow defender, they’ve regained some of their gramma-skittishness, even though they’ve both grown larger than the gramma in the intervening months. Must be his crotchety attitude.

One thought on “Fish Politics”