As you can see, we are completely buried in snow: 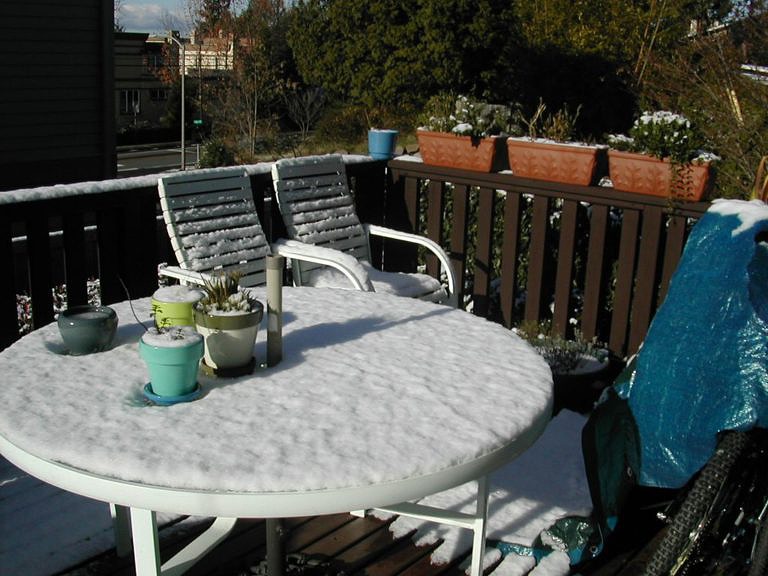 (poor mint and chives… they look so cold.)

Microsoft sent out emails early saying the campus had been closed for the day and roads were unsafe for travel, so we both stayed home and worked from here — similar strategy that everyone else used, apparently — the servers don’t handle such high volume well, and so we both keep getting booted off the connection. Definitely feels like a vacation day.

We’ve been watching cars and people slipping down the big hill on our street all morning, and even though the snow cover on the grass has mostly melted, it’s still all crisp and pretty out. The snow on the pine trees has also mostly disappeared, but they were so beautiful earlier in the day. I tried to get pictures, but they weren’t very good, so you’ll just have to imagine.