We’ve been having major problems with a red algae that’s taking over our tank. When we went to seed the refugium, we went to the fish store and came home with Caulerpa, Chaetomorpha, and a little bit of pretty red stuff that we couldn’t ID. The Caulerpa and Chaetomorpha grew quickly, and I was regularly having to prune it back, but the growth was nothing in comparison to our mystery red stuff. The red choked out caulerpa and killed it, and was nearly impossible to remove, since it’s composed entirely of filaments that each cling to the surface and then fall away and blow all over when it’s scraped off. After three months of amazing growth, I ended up spending a weekend completely removing
all algae from the refugium, vacuuming the sand endlessly, and finally replacing some of the scrubbed-off chaeto. Our refugium has stayed mostly clear since.

However, by that point, some of it had spread to our main tank. By early November, we were both feeling desperate. I’d called the fish store and gotten vague and unhelpful advice. We couldn’t pull out the rocks and scrub them without losing lots of encrusting life off of them, pulling it off the rocks only seemed to spread it, and water quality, light, and current did not seem to have the slightest effect. We needed something to eat it, that hopefully wouldn’t also go after our corals, but we still didn’t have a name for it. I was spending lots of time pulling out the new growth, and even so, it was covering the bottom third of all of the rocks in the main tank and still spreading. 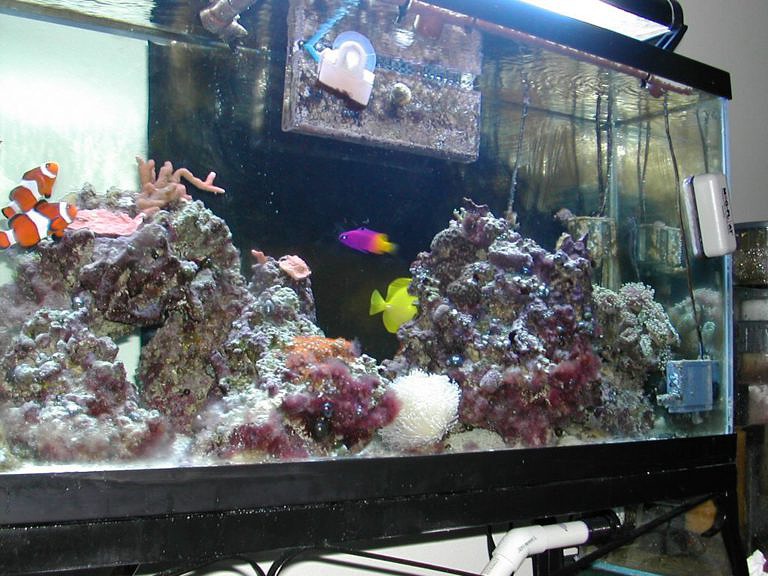 Not only did it cover the rocks, but it was taking over our leather and xenias, covering and killing our zoos, and encroaching seriously on the ricordias. 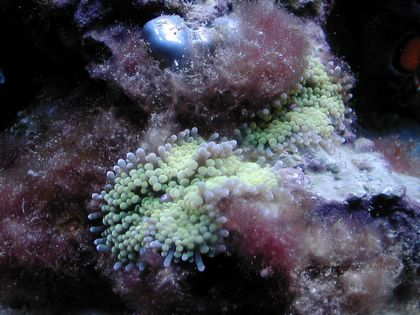 Here’s a closeup of some growing on the cord for one of our maxijets — you can see the filaments. Each of these bulbs are only half to three-quarters of an inch across, and if you squeeze them, the algae compresses down to nothing. 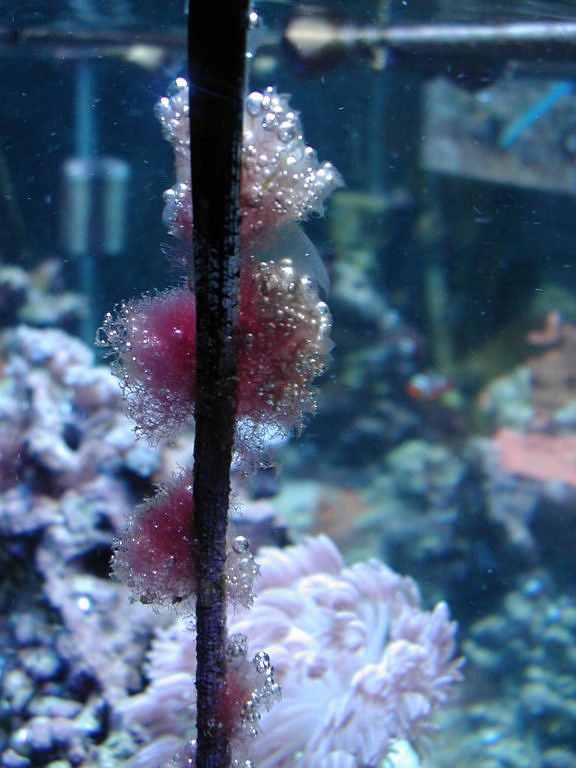 Finally, I turned back to the internet and started googling the description of the algae, since we still didn’t have a name for it. I came up with the general family: red turf algae. Many also called it the red scourge. And then I found this article, which described our current straights to a T, and recommended using Mexican Turbo snails.

The snails are amazing — about two inches in diameter and very heavy. By the time we got them, another two weeks had passed, and the gramma’s rock — the biggest in our tank — was nearly entirely covered in red. We started with five, which is way under the recommendation of 1 per five gallons of water (we have 55 gallons in our main tank and 40 in our refugium), but they just seemed so enormous. We put them in and they started munching right away, but a week later it’s clear that our tank can support more. Here you can see two of them on the gramma’s rock — look for the white shell at the top, and down on the left by the leather. 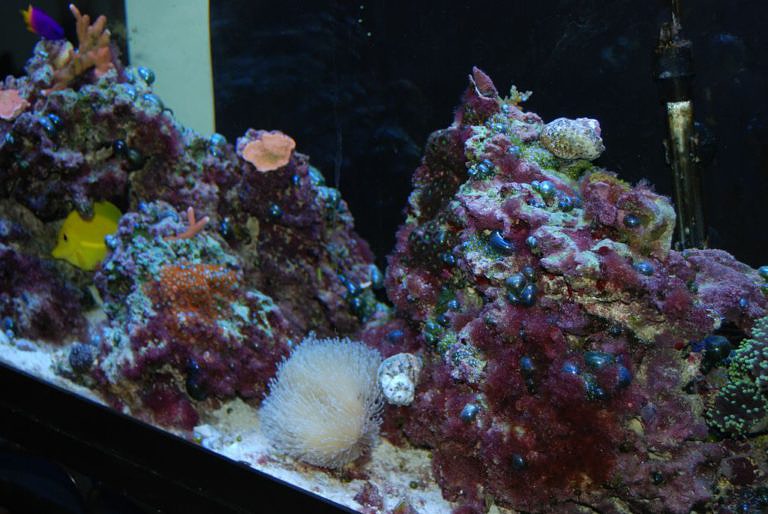 And, a closeup of the shell, with the threatened orange zoos and creeping red algae in the background. 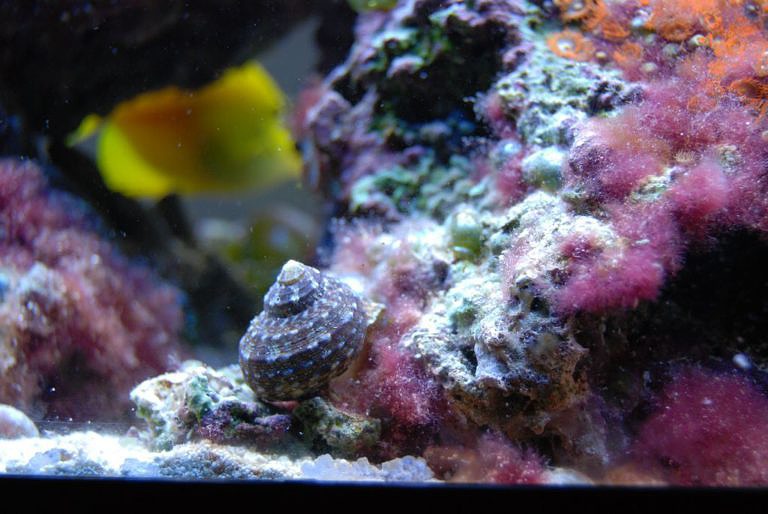 We also picked up twenty blue leg hermit crabs, which are impossibly tiny. Here’s one (in the long black shell) riding one of our existing snails. (You can tell that the snail has been in the tank for a long time by the purple algae encrusting its shell.) The hermit crabs live in shells about a quarter of an inch long. So tiny! 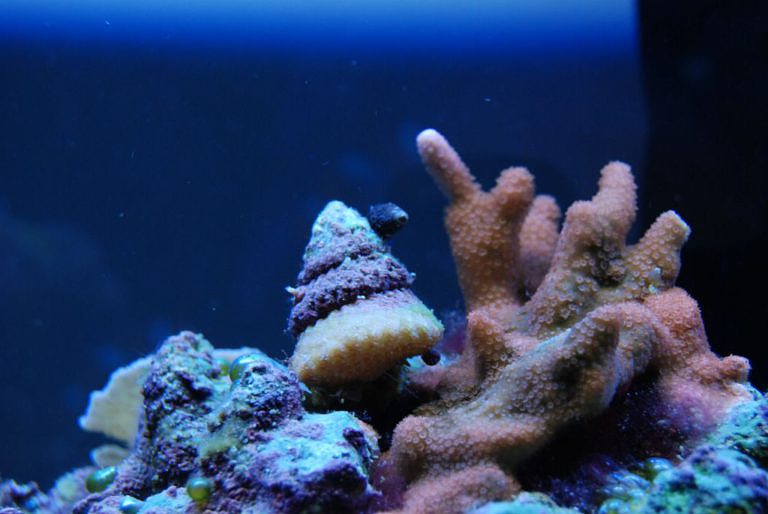