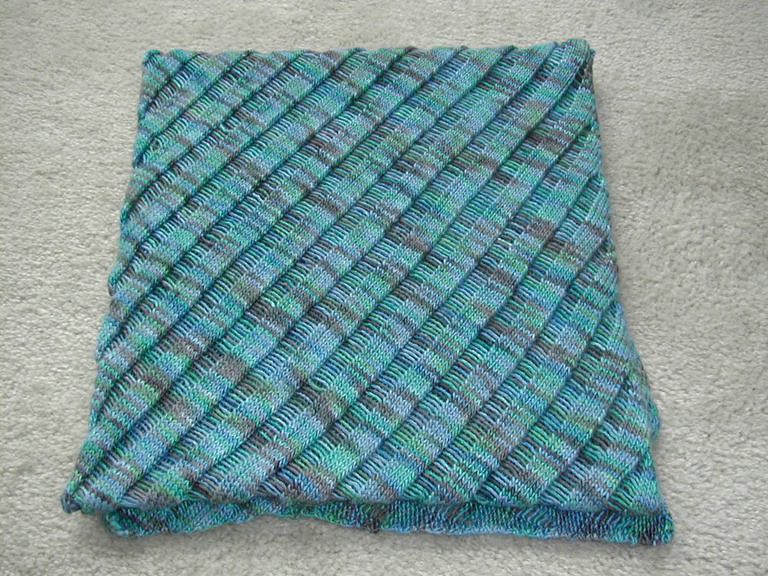 I ordered the yarn as a celebration of my job offer at Microsoft — such a splurge. Although I had it in hand at the end of January, I didn’t start knitting until March, due to the Olympic exertions in February. Throughout, this was a particularly on-again, off-again project for me. Posts here and here attest. At the beginning, especially, I had to actually watch my knitting, which made it hard even for knitting group, let alone for an accompaniment for tv or reading. It was difficult to mind, when each stitch was a different color — this was my first time knitting with variegated yarn, and the colors are gorgeous. By the second ball, my fingers had finally caught on and I could knit this without paying too much attention. I had to take a break in the summer, because it was too hot to have in my lap. And now, I’m done! I’ll enjoy wearing it to work — the office is always so cold. Maybe I’ll use the leftovers as an accent on an otherwise solid pair of fingerless gloves? Perhaps I’ll even try intarsia? I’m glad to not quite be done with this yarn.

I was interested to see what the edge would look like, since the pictures never seem to show it. Even better that after zooming it, I finally got a shot that shows the true colors — most of the time, my camera washes them out.

I used a purl stitch instead of stitch markers to indicate the columns of stitches to drop, after seeing so many people from my knitting group do it that way. So much less fidgety! And after reading the summary here, I decided to use twisted stitches (knit 1 back, or purl 1 back on the reverse side) on each side of the dropped stitch. I like the way that it came out. 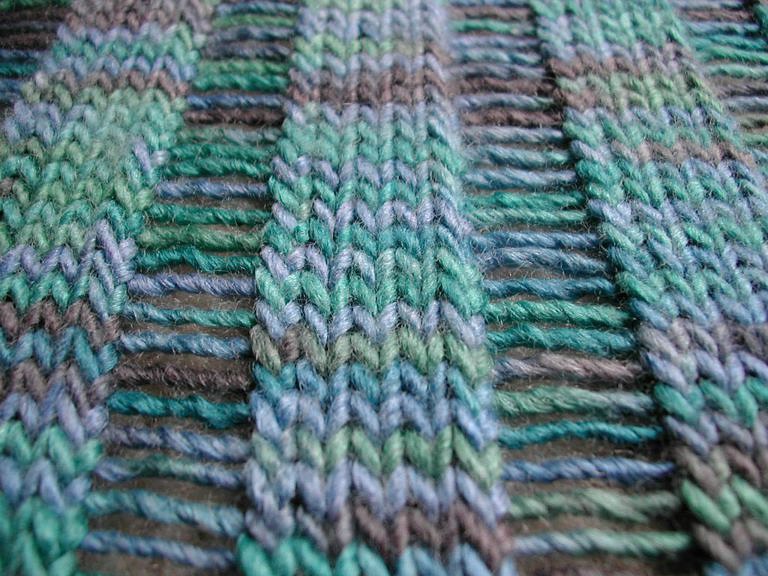