One more fishtank post, since there are much more interesting things happening in that arena than in the knitting one.

I got a fun picture of one of our littler snails on the glass the other night. Only the actinics were on, so it’s all a little blue. The half circle above his foot is his mouth — when he’s eating, you see the full circle pressed to the glass. Also, eyes, antennas, and little things that sort of look like ears. I really should try to find out more about snail anatomy. 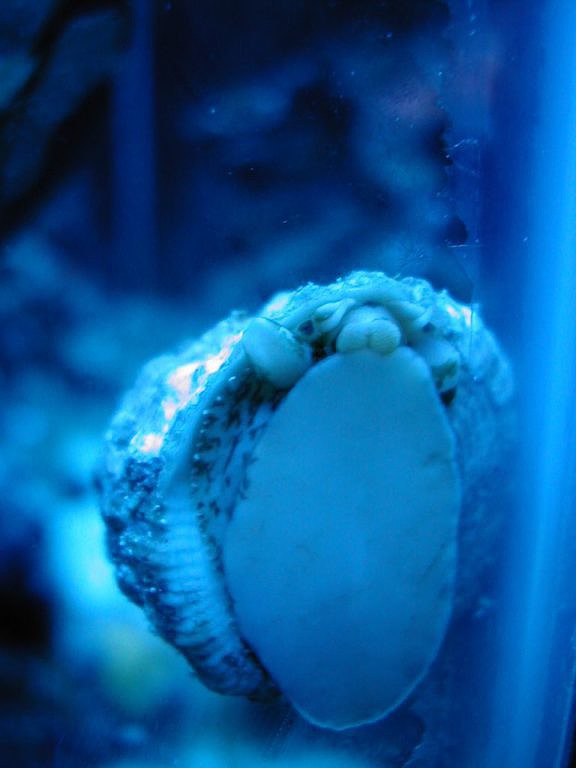 In the next picture, you can see the pattern on the foot — really quite pretty. 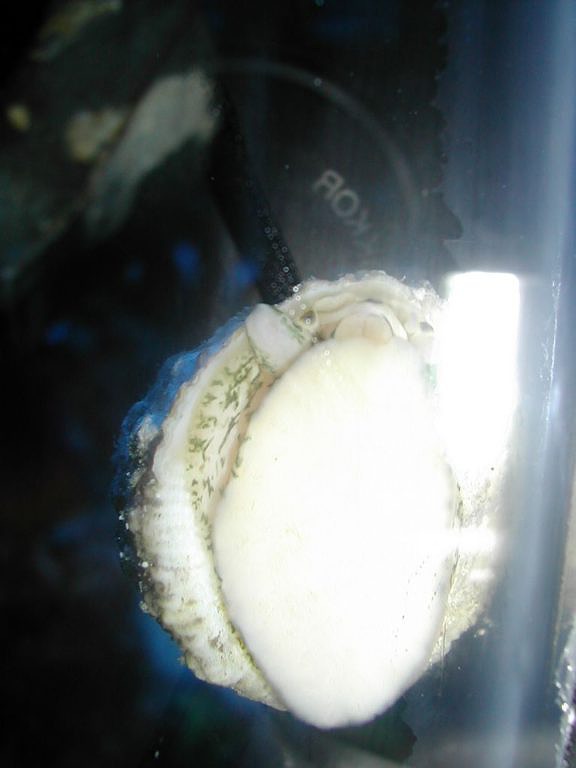 When the snails are on the glass, it’s so interesting to watch them move, since the foot is divided down the middle and they move one half at a time. It’s sort of like watching a person in a potato sack race. The quasi-bipedalness is far more visible in our big new Mexican Turbo snails, since they actually have a line down the center of the foot. Here’s one of the snails in the quarantine tank, and you can see the “right foot” is forward and the “left foot” is back: 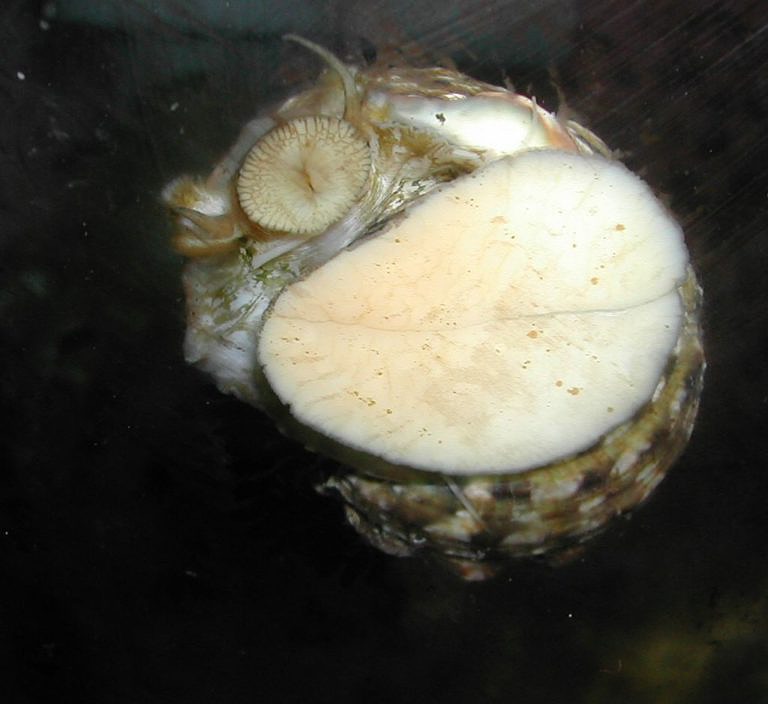 His mouth is out and eating — you can see both the pattern on it (which I’m sure serves a useful purpose? Again, I need to learn more about these guys), and how he’s able to rotate his shell around so that he can eat all around the foot instead of just what’s straight ahead.

Whereas the first snail’s shell is only an inch or so long, you can see the turbos are much more substantial: 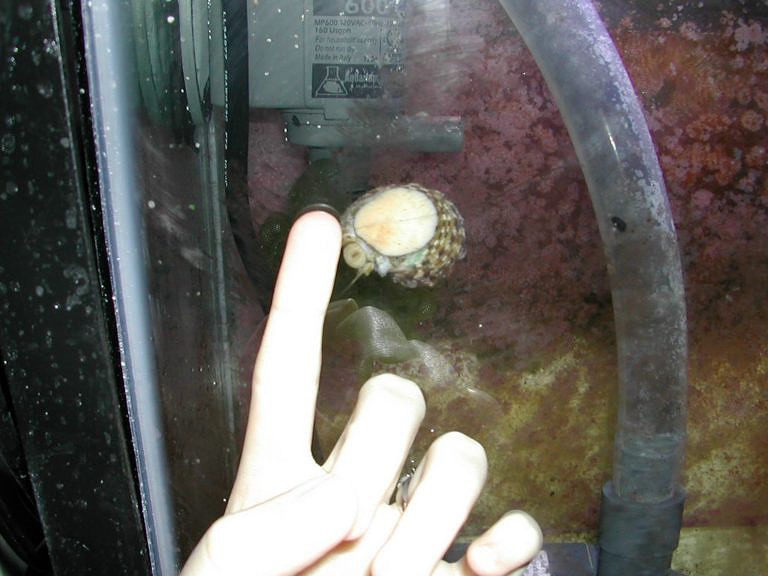 (And in that photo, his left foot is forward, right foot back, and he’s rotated to eat below. They’re surprisingly quick.)

Of our first batch of six, we’ve lot three of the snails. I know that they’re very susceptible to changes in water temp and pH, but so many things seem to do well in our tank and their failure to thrive has been bothering me. We have two left in the top tank and one in the sump, and I do a headcount every time I walk by. As they start to grow purple coralline algae on their shells, they’re getting harder and harder to find. Quite the camouflage. When I got home from work last week, though, it was easy — one of the snails was lying on his back in the sand. When they first fall, the foot retracts and their little trap door shuts. If it seems safe, they start to open the door and grasp for a wall or rock to pull themselves up on. This guy was partway open, but couldn’t get the rest of the way because there was what looked like a rock anemone wedged against the hinging part of his shell. I tried to shake it off, then brush it off, but finally had to resort to tweezers. It turned out not to be an anemone, but an angry, small (3/8″), white crab that I haven’t seen before with a rectangular body and incredibly short legs. Since removing him, we haven’t lost any more snails. I wonder if he was just being opportunistic, or if he was part of why the snail fell in the first place? Our tank is so full of mysteries.