I haven’t posted about the green mushroom in ages. We bought him in October of last year, just as a single, floating mushroom. After several inept attempts to attach him to the rock (I’m not so coordinated with superglue in the best of circumstances, let alone under water), he finally latched on, and quickly started budding off new baby mushrooms. Once there was a colony of four or five (mid-spring), he detached from the rock and let himself be blown away! I was caught between exasperation and amusement. We lost track of him, then found him trapped under a frag of rock, which he attached to, left two more teeny green mushrooms on, and then again detached and blew away. Sensing a pattern, we waited to see where he would wind up next, and now have our answer: 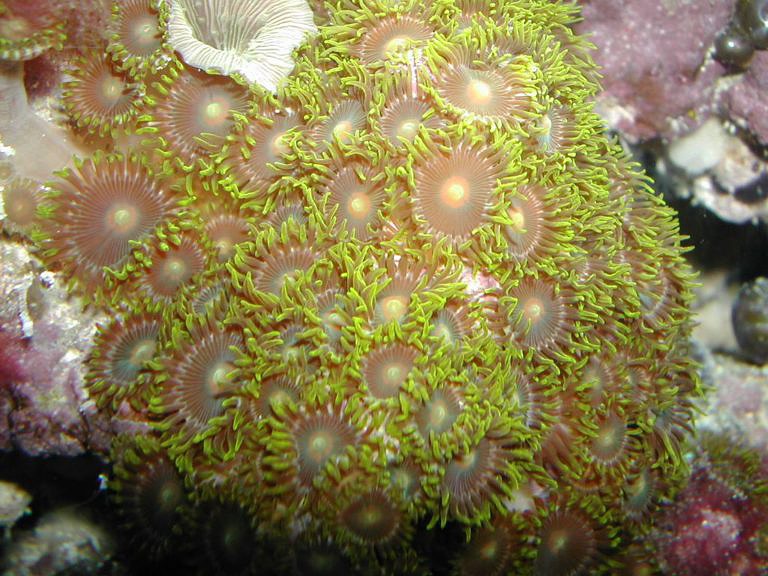 Our green zoos, which I’ve always loved, are doing well and happily spreading. I’m delighted that they don’t seem to be losing their teal, orange and yellow centers (which don’t do well with the flash — the teal covers the full area from the orange to the fringe when seen in person) as they spread. Do you see the mushroom that’s embedded itself at the top of the frame?

Here’s a better shot, with Click and the Shrimp for even more visual interest. 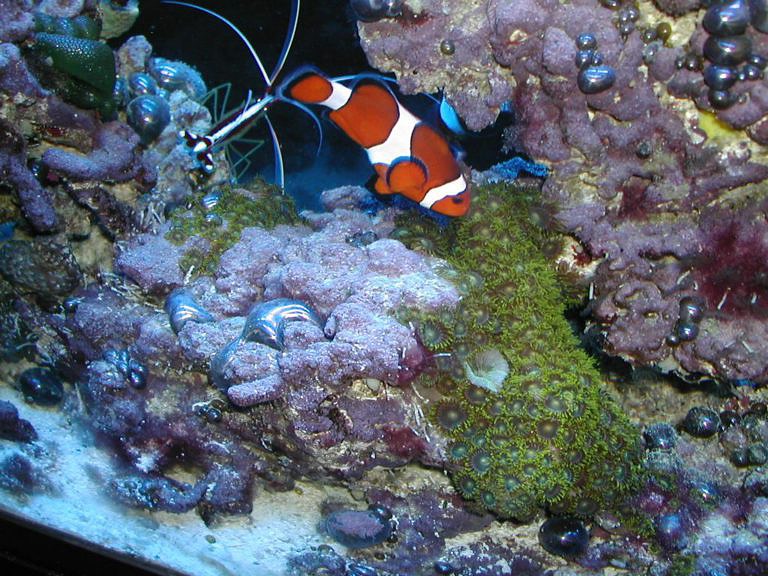 (As always, click for bigger.) Yesterday, I noticed that there’s actually an even bigger green mushroom on the underside of the zoos, and thus not visible unless you’re almost under the tank. Such tank drama! I wonder if they’ve finally found a home or if we have mere days until they blow away?