Both Kevin and Mom ended up taking nearly identical photos, so I had to post one. The days ended up going by very quickly, especially since the first three were Christmas and two days of dress shopping. On day four, I found the spot on the deck that got direct sunlight in the morning, and knitted while waiting for the clouds to pass. Not much of a tan, but pretty and warm. 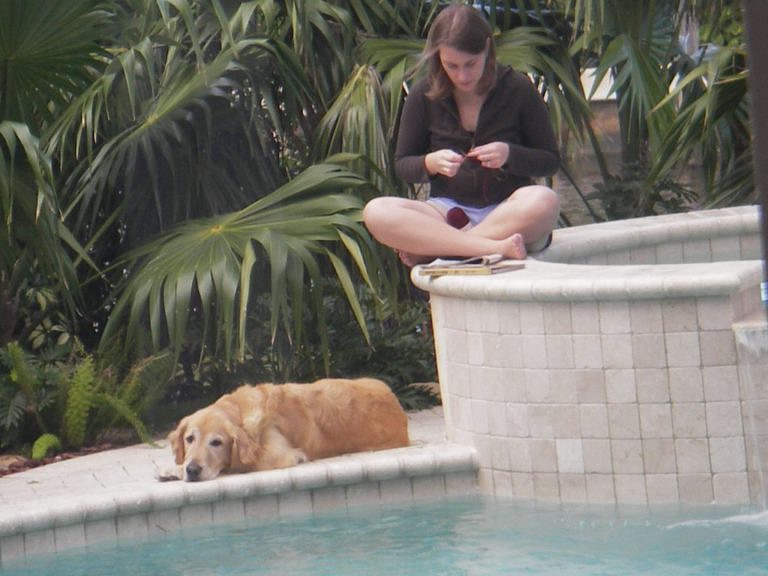 Comet did a good job keeping me company and warding off the geckos.

It took a while to get this project going on the right footing (no pun intended). Want a closer look? 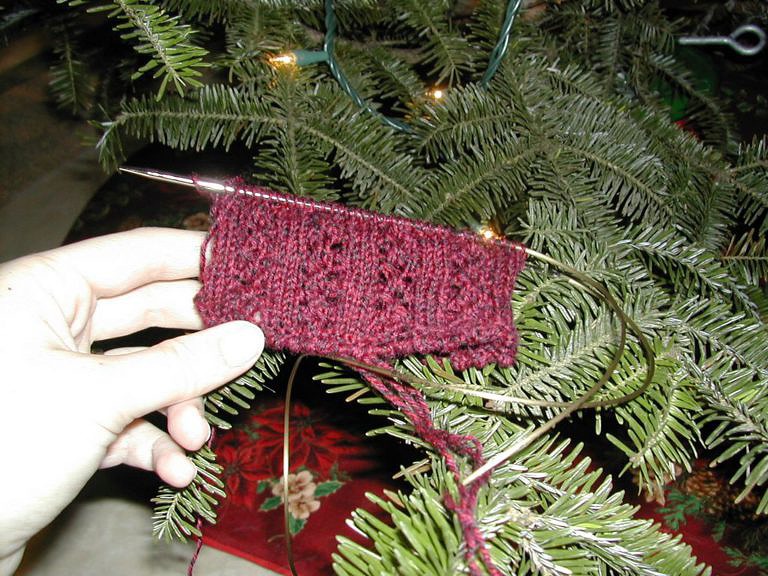 It’s the New England pattern from Nancy Bush’s Knitting on the Road. Yes, a sock. When I finished my first pair a year ago, it didn’t look likely that I’d ever decide to knit another. But, I bought the book, and then the red sock yarn, and the prettiness of both has been wearing me down. I have slight reservations about my gauge, and I’ve had a few mental lapses with skipping the work-even row in the lace that have forced me to rip almost as much as I’ve knit, but in spite of that, I’m enthusiastic.