The major downfall of living on the West Coast is that we end up flying back to the East Coast about four times a year for assorted vacations and holidays. Neither of us is exactly an enthusiastic traveler, especially given the exertions of the TSA. It’s such a pity that the red eye flight is the short one (when you actually wouldn’t mind having longer to sleep), and that the way back home is the long one. So, here’s a “we love planes” smile, as we boarded flight #2, and clocked hour 8 of ultimately 16. 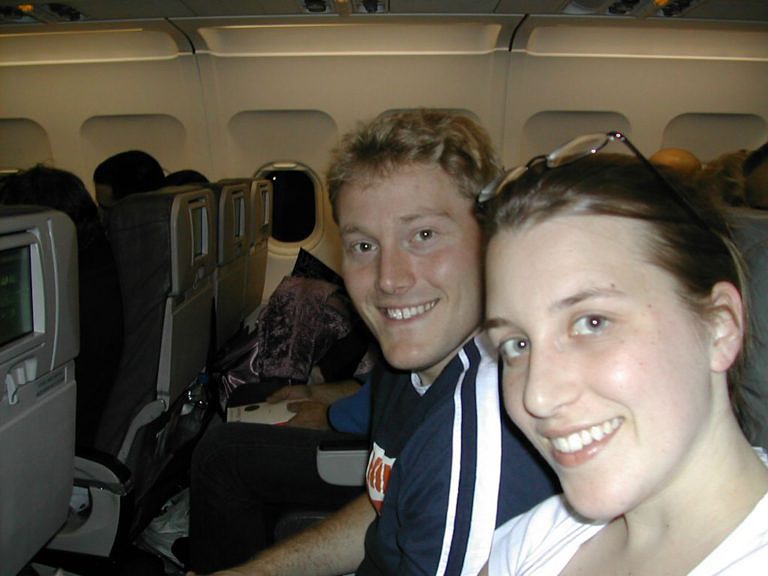 The only consolation in spending a full day traveling is that it was completely devoted knitting time. Taking off, I only had about an inch and a half of progress on the sock, despite having put in a good seven days of what felt like consistent work. (I had a much better picture than this, but you could read the chart perfectly. It seemed like sort of a copyright violation, so I nixed it in favour of the overexposed version.) As an aside, look how much leg room there was! A new, four-seats-per-row plane, and we were in the exit row. Thanks, Jet Blue!! Excellent for early-trip morale. 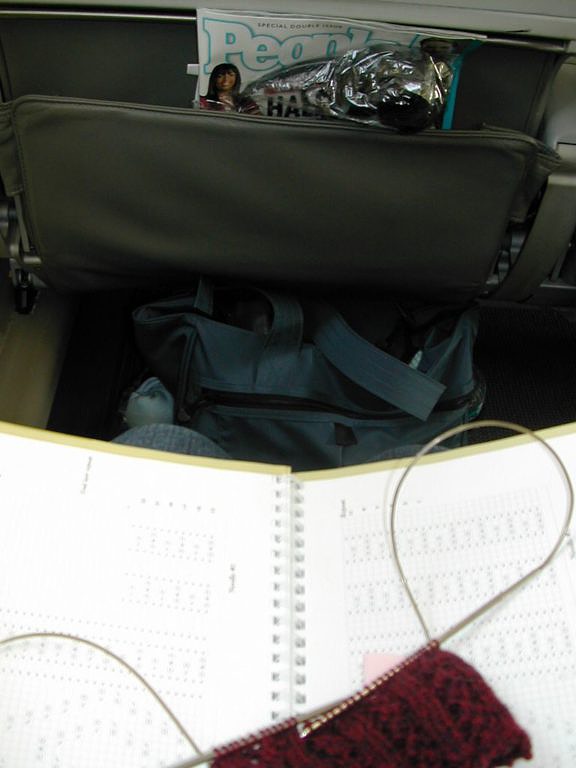 Six hours later, we boarded flight #2, and I had this much to show: 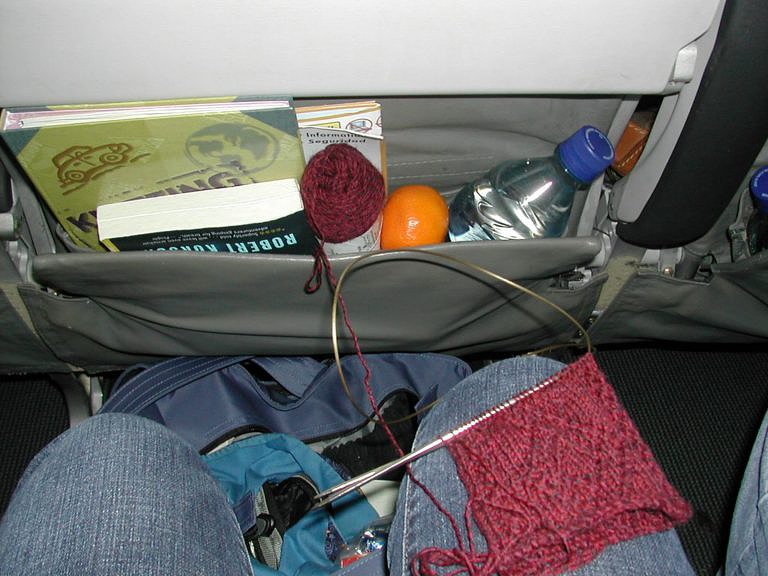 And by the time we landed, I had made it 8 rows past four inches, and now the pattern is only on the front half of the sock, and the back is all stockinette — so speedy and nice! 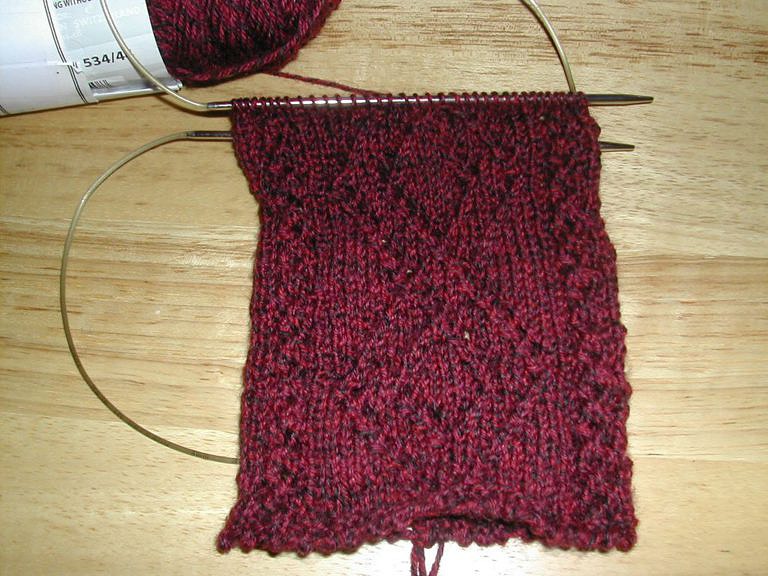 At this rate, I may actually finish this pair in January — a stunning accomplishment.