Given how precarious the tank seemed after the storm, leaving it for a week to visit my parents in Florida made me very nervous. It must, however, have been in better shape than it seemed, because we came back to find the fish happy and hungry, the corals growing, and several new surprises in the sand.

Kevin took this picture of the Pom Pom Xenia a few days before its demise. 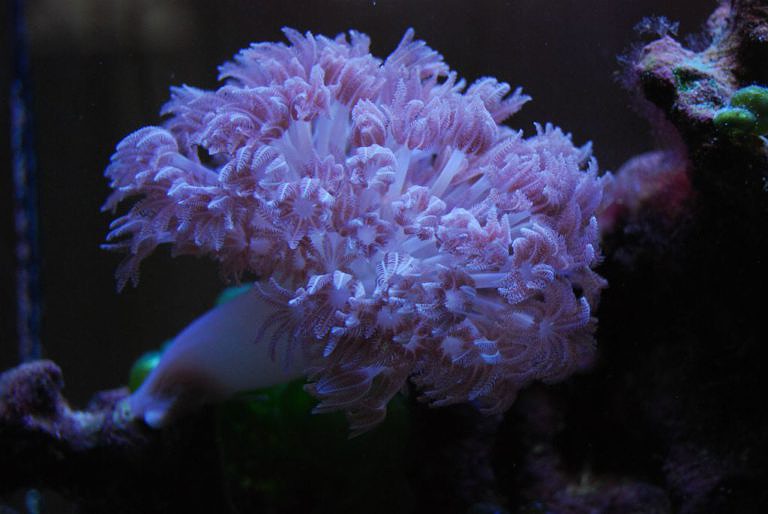 It was about four inches wide, pulsing constantly, and had recently started climbing. We were both so sad when it didn’t make it through the storm, and tried to save it by removing the parts of it that were clearly dead. After two days, it became clear that none of it was going to make it, so we pulled it out.

Apparently though, the xenia had been dropping its hands — xenias will do this when they’re stressed, and the hands will blow away until they find a better place to settle and grow. We’ve never seen this — ours have always propagated by growing and dividing. Nonetheless, when we came back we were delighted to find little hands in the sand, pulsing away. They’re teeny (a quarter of an inch or less), so we may have missed some, but we counted at least seven. Some of them are in great shape, like this one: 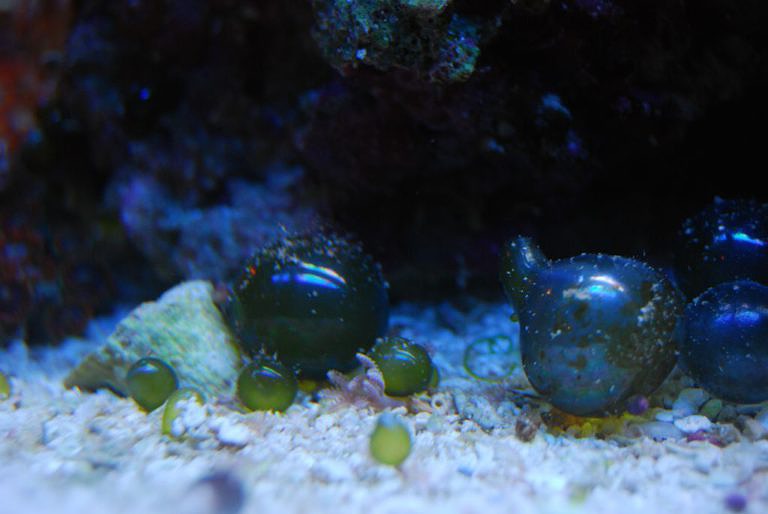 (You can see two of his “fingers” touching together — he alternates full hand pulses with pulses that only use one or two of the fronds.)
Others are regrowing fingers that were damaged. This guys is pulsing and has a nice strong stem, but only has one full length finger. 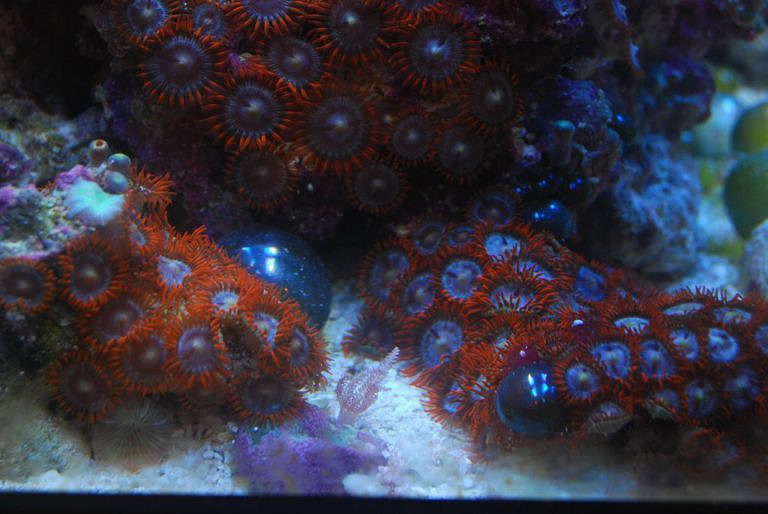 (Note the gorgeous orange zoos with their blue and brown centers! Plus you can see one open green mushroom under the rock to the left, and one mostly-closed green mushroom on top. The shiny green globes are bubble algae — a mild nuisance, but pretty in small amounts.) For a similar shot partially blocked by a curious clownfish, click 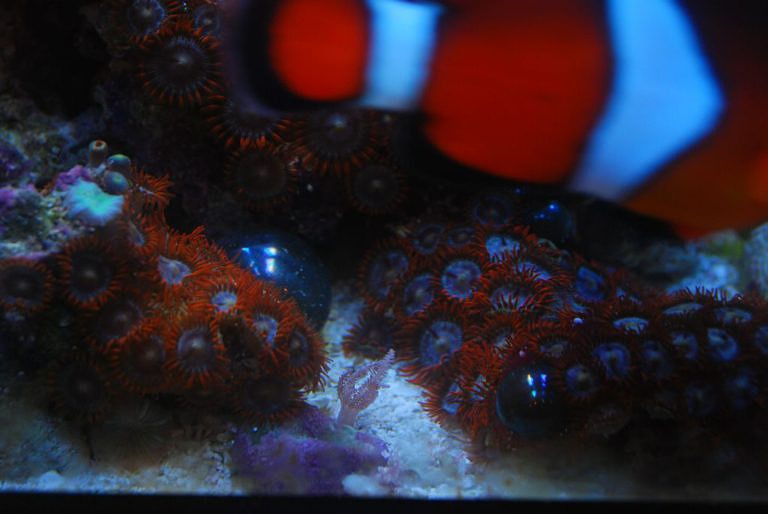 I’m cheering all of them on.

PS. An aside, when I told my mom about these, she wrote, “It makes me think of all of Charlotte’s babies hatching to keep Wilbur company at the end of Charlotte’s Web.” What a great analogy. 🙂