It must be the pressure of demonstrating that the clowns are happy and healthy, but I’ve been completely incapable of taking a good picture of the dudes since the storm. I’m officially throwing in the towel. If you can’t see that they’re wriggly and charismatic from this, I have nothing helpful to add other than a reminder that my photography *truly* is not representative. 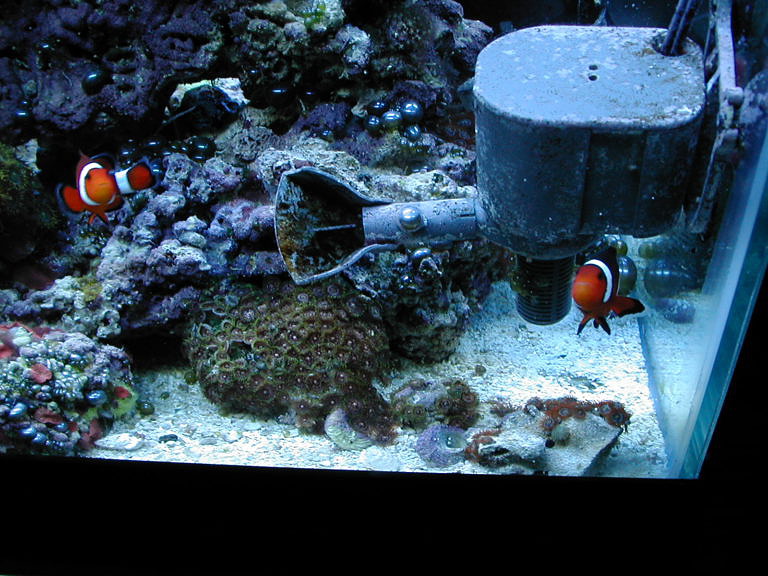 The tank really has bloomed since the storm. Part of my brain wonders if the difference is the tang — they’re known to be time- and resource-intensive fish, and 55 gallons is the bare minimum for keeping one. I wonder if the water quality is so much better without him? It’s also possible that we’ve been more attentive since the averted disaster, and that’s made the difference. The tank really is preoccupying.

In that vein, here’s a great picture of one of the two turbo snails. 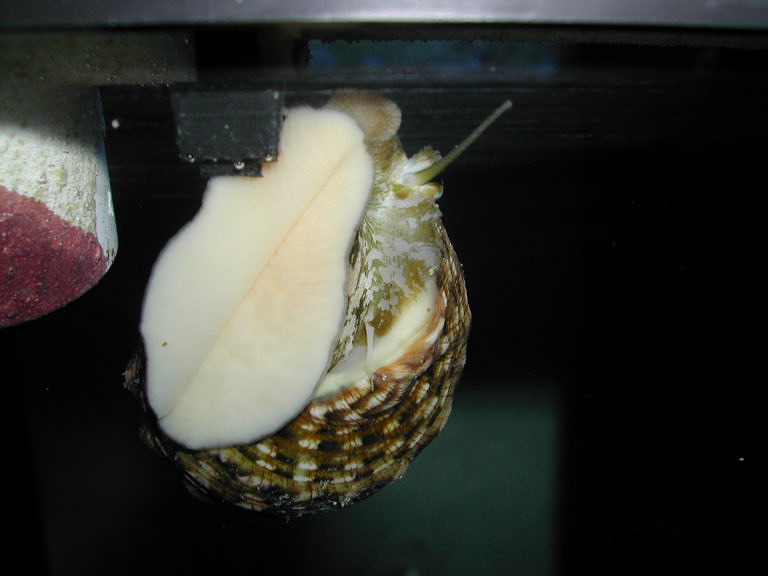 Isn’t he neat? I know he’s a snail, but really, he’s captivating. I ought to try to bend youtube to my advantage, and then maybe some of the tank-doubters out there would understand? You just have to see him in (surprisingly fast) motion, and delight in the suspense of whether he’ll eat the nearby annoying algae or take a different route… you’d understand, in person.

In other snail news, we’re seeing a lot more “naked” snails, again. When we first saw these guys, we almost wondered if we’d managed to develop a new species of unpreyed-upon shell-less snails. The moniker “naked snails” stuck long after we learned that they already existed, were named, and were commonplace besides. They’re exactly like snails, except that they only have a backplate (my term) instead of a shell. But they come in a beautiful, velvety black as well as the less exciting snail-color, and they’re interesting. However, I don’t think I’ve ever seen one as big as I did last night. 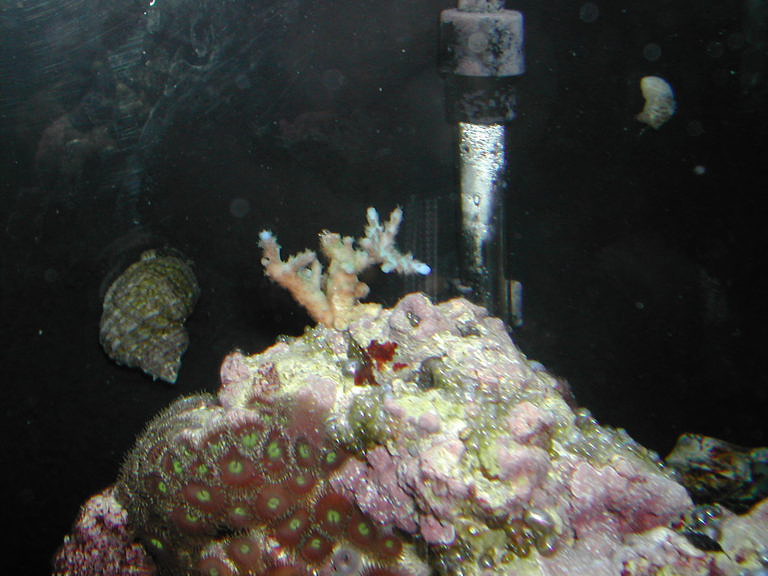 To the left, you can see a turbo snail on the back wall. And to the right: do you see that naked snail? Enormous! In other interesting news, the blue SPS coral in the mid-foreground has completely recovered from the storm, and can be seen growing like mad between the two. Neat.