We’re getting married in less than three months outside of Boston, we live in Seattle, and our parents and siblings all live out of state. The chance to get to talk to the florist, caterer/reception hall, cake people, and most of all the minister was so, so wonderful. I haven’t droned on in this blog about wedding prep, though it’s been a constant diversion since August. Most of the decisions and plans have been very intimidating to me. In a “Forge On!” frame of mind, we’ve actually gotten a lot done, but the whole process has stretched me far beyond my typical self-image and comfort areas. I’ve had a hard time envisioning the day.

So, again, I was so delighted to be flown back to MA/RI. They’ll let you fly early if you pick up the non-work expenses, so I red-eyed out on Friday evening on the inimitable JetBlue. In what I assumed was a ploy to win people back, they had rental car deals where you could rent for 3 days for just over $50 including tax. Wow! It a sleep-dazed state, I arrived at the lot full of SUVs and PT Cruisers, and signed on for my car. I wasn’t expecting a lean machine, but none-the-less was properly impressed at the caliber of vehicle I was assigned. The entire thing weighed about 200 pounds, and looked like someone had just chopped the back of a normal sedan off, and paper-macheed it shut. On the plus side, it was light, so it got great gas mileage.

Saturday, I drove from Logan to Concord (my aunt let me stay with her, and, blessedly, shower), Concord to Milton, Milton to Northboro, and back to Concord, which was almost 200 miles on very little sleep. Since my commute to work is just under five miles, this impressed me.

Here’s the little BzzmBzzm rental outside the cake place. 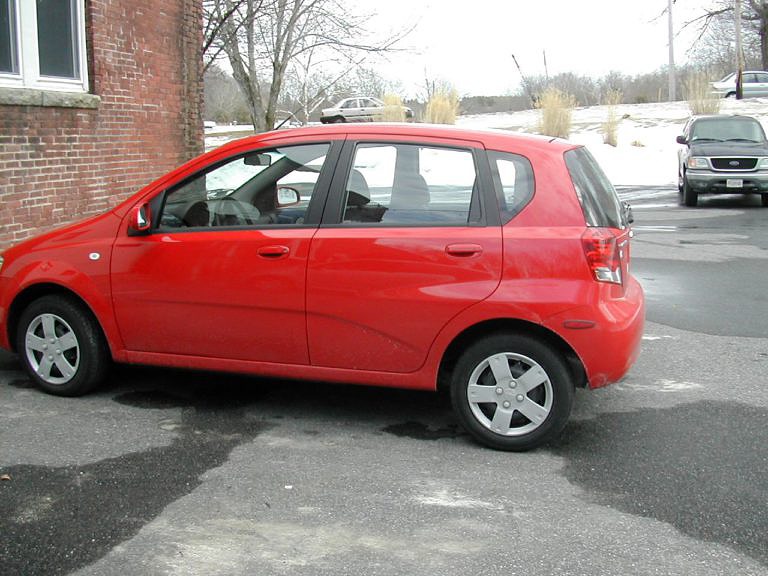 Like the snow? 🙂 And look how teeny those tires are! Craziness!

The good news is that now I’m all on a cloud of how lovely all of this will be. I can finally picture it. It will have to be a future post, but wow. 🙂