On the way to the airport for my Boston/Providence trip, I put Kevin on crocus watch. The flowers hadn’t opened yet, and I just knew that they were yellow inside, and I didn’t want *both* of us to miss them.

He had been out on the back deck dutifully taking pictures every morning before work, and they still hadn’t opened. Then on Wednesday morning there was pelting rain, and by the time I got home from the airport at 4:00, this was the sight that met me. 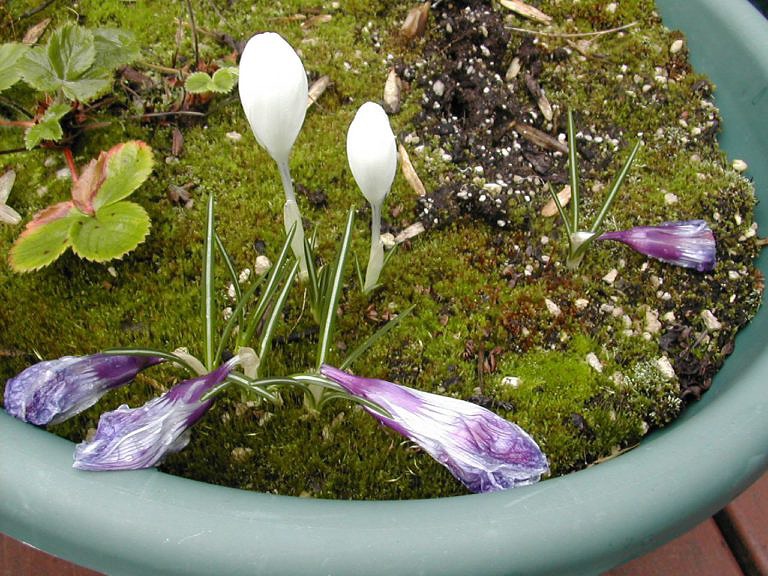 Oh, no! The exciting news is that apparently I had more than one set of bulbs in there! I have no idea where the while pair came from (though I have vague recollections of an unsuccessful attempt at forcing crocuses in year one. Perhaps they got good growing vibes this year? Kevin said that they hadn’t been there seven hours earlier, and his photos confirm it. I love crocuses.

In other outdoor plant news, the mini daffodils are still blooming like mad, and keep shooting up more buds. They’re wonderful. 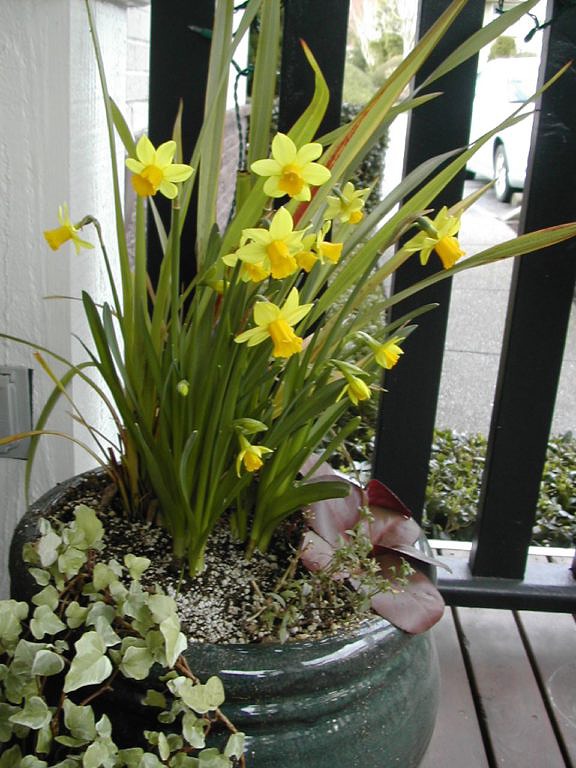 And of the birthday plants that Kevin gave me last year (they got lost a bit in the excitement of the ring that showed up five minutes later), several of them made it through our unusually harsh winter and have been sending up shoots. One of the most exciting to me is the periwinkle. (aka Vinca Minor, and I’ve also heard it called myrtle. I’ve been reading more about it — doesn’t the Variegata sound gorgeous? And the Sterling Silver?) We had a bunch on the edge of the woods by our house when I was growing up that would bloom around Mothers Day. It’s very popular here, and blooms just as the clouds are starting to lose their intensity. And not only did mine come back, but there are buds everywhere! 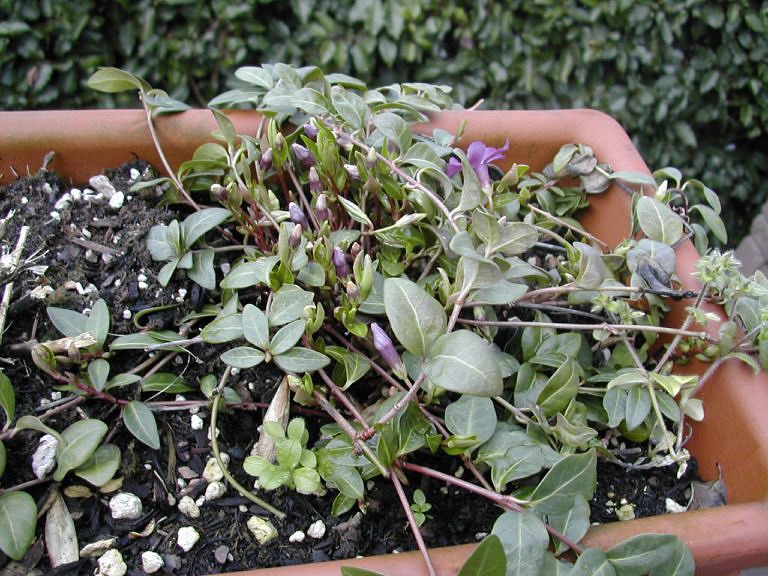