I did warn you that the last post was one of many. While my parents were here, we actually got to use the deck, and I remembered what a nice space it is. It didn’t take too, too many days before the project bug bit, and I wheeled the bikes into the living room so that I could reclaim the space, bought planters, soil and dirt and went to work. 🙂

I actually drew out a plan before I started, which was unusual given my normal gardening style, which generally consists of impulse purchases. 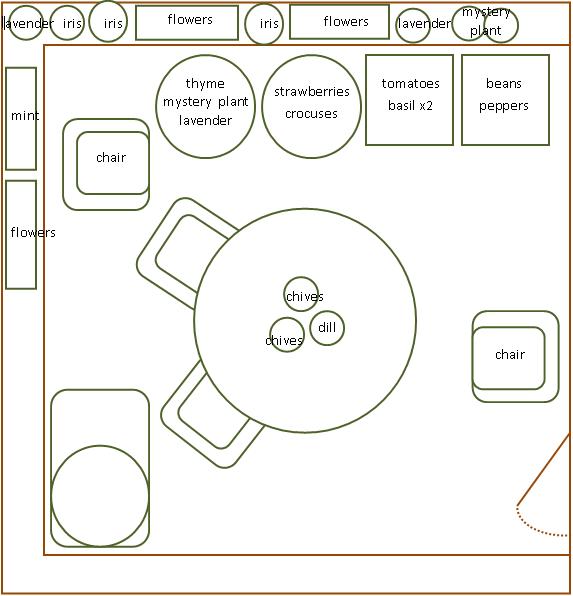 (The original plan was on a post-it, but I had airport time and so I made it more computerish.)

I have an entire planter of strawberries, instead of the single plant from last year. (You’ll see a few crocus leaves, too.) I pinched off the first buds on the new plants, which is always hard to me, but I’m going to let them keep any that they put out going forward. There’s already been a good spittle bug showing, but this year I know to pull them off right away. 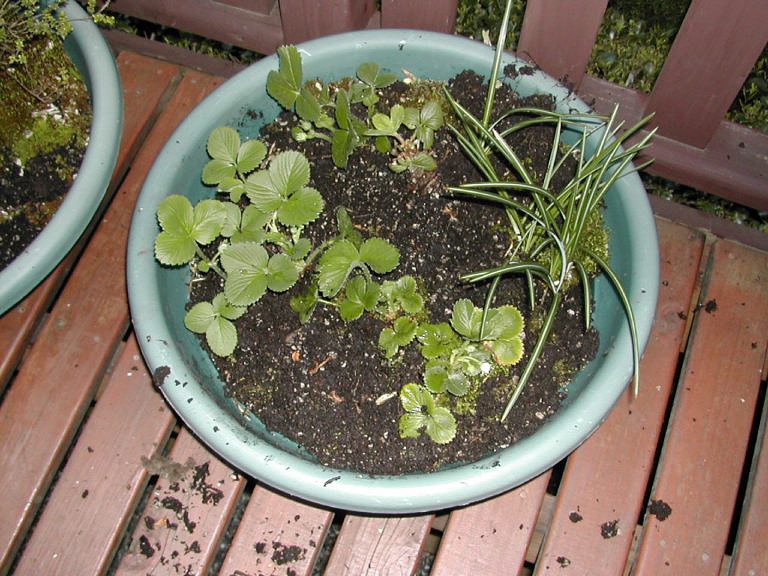 Most of Kevin’s planters from my birthday last year made it though the winter, but one completely died back. I bought geraniums, a mystery pretty pink thing, and pansies, and now it’s a riot of color. 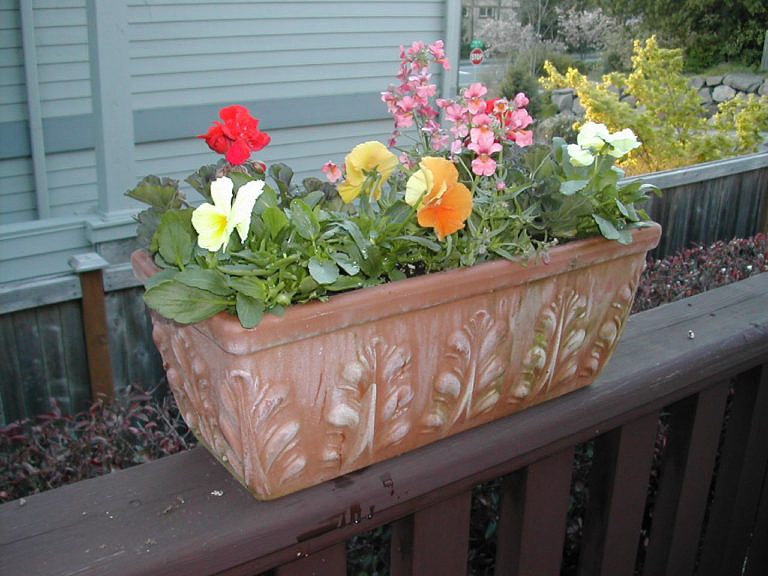 I bought two starts of lavender to go with my rapidly growing irises. They’re teeny now, but I’m hoping with the big pots, they’ll be happy. 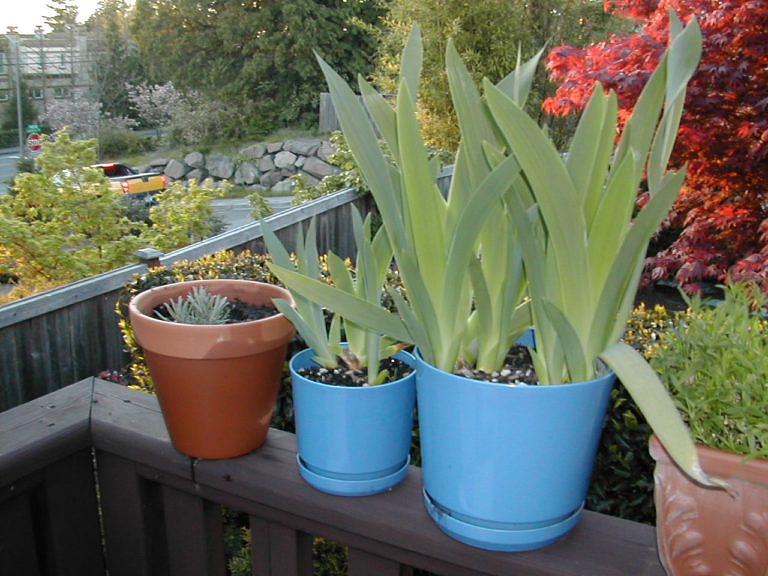 I’d bought lavender the first summer we were out here, and it’s looked more and more pathetic. This winter, I’d finally given it up for dead. I waiting to dig it out, though, and was so pleased when I was about to and instead discovered this! 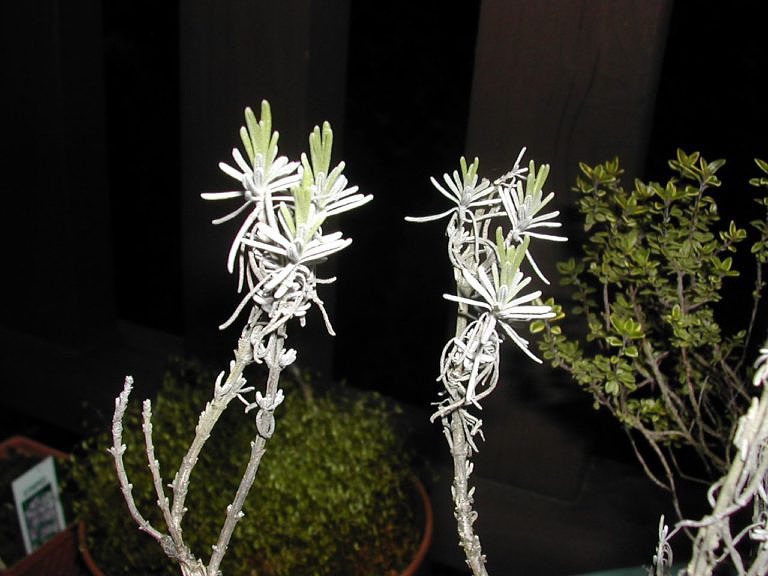 Green? It lives!
The plants all look so pretty against the red tree. 🙂 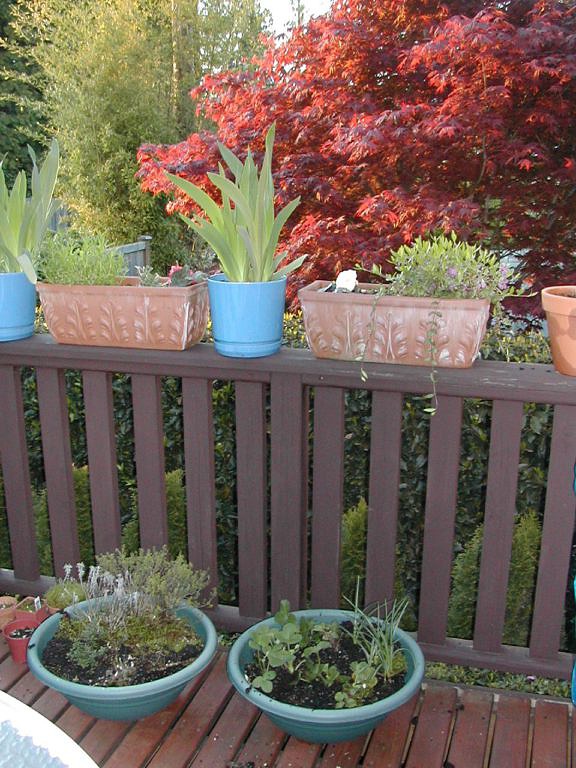 One thought on “Container gardening!”