I finally found shoes to go with my dress! This is a huge relief. I’ve been looking with increasing urgency for the last three months. 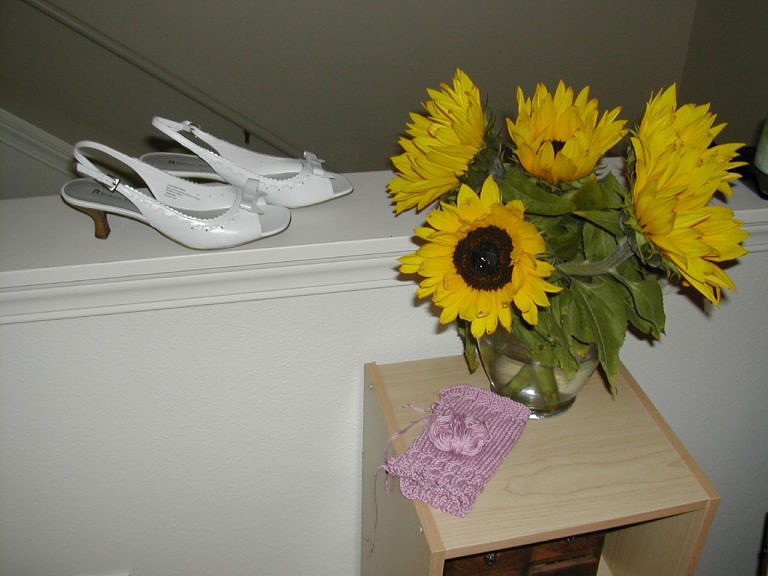 I finally went back to DSW and found 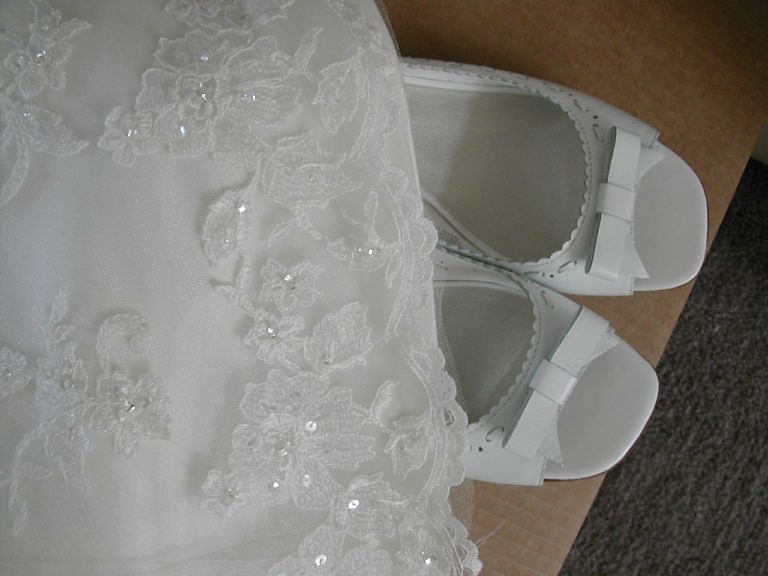 I’ve gotten positive marks from both mothers and one bridesmaid. Even though the second bridesmaid hasn’t responded yet, I’m feeling ready to cross one more thing off the list. Yay! On to get the dress bustled. 🙂

PS. I also found a pair of backup shoes. They’re silver and sort of clash (not that anyone would notice under that much netting…), but more importantly just didn’t fit as well. I want something that I can stand in for eight hours. 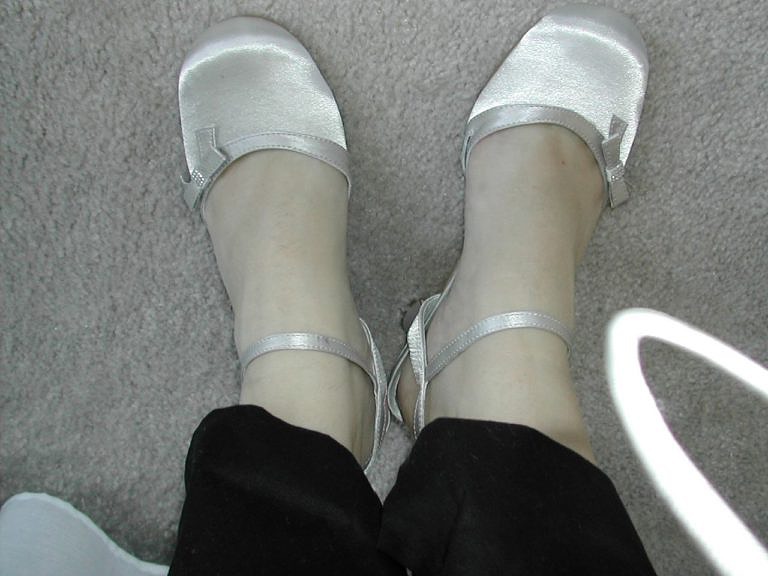 *But* they’re pretty with black capris. 🙂 (Admire, if you will, the mass of crinoline behind my legs in that photo…) And better yet, they were $25 at the Nordstrom rack. Between the fun mirror picture and my deep desire not to return to that store, looks like a bargain! 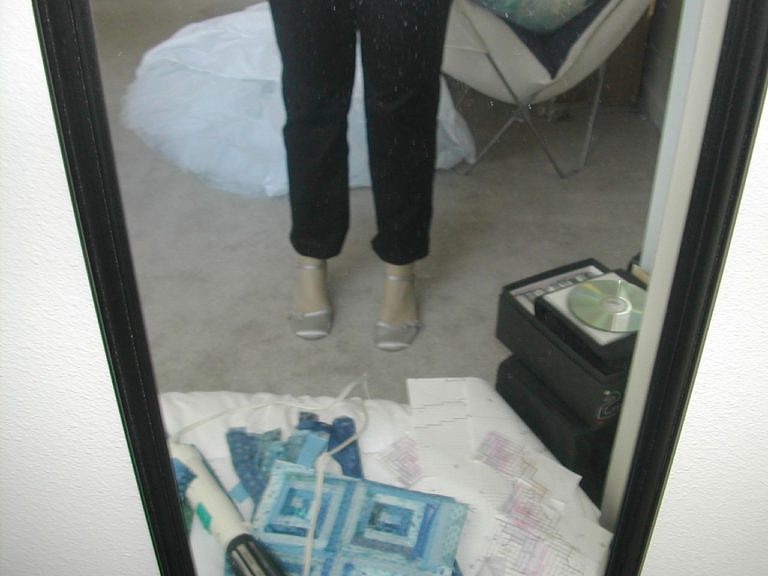 3 thoughts on “Composition with Bridal Shoes”