Last night, despite the fact that I probably need another project like I need a hole in the head, I finally decided to do something with this pile of fabric: 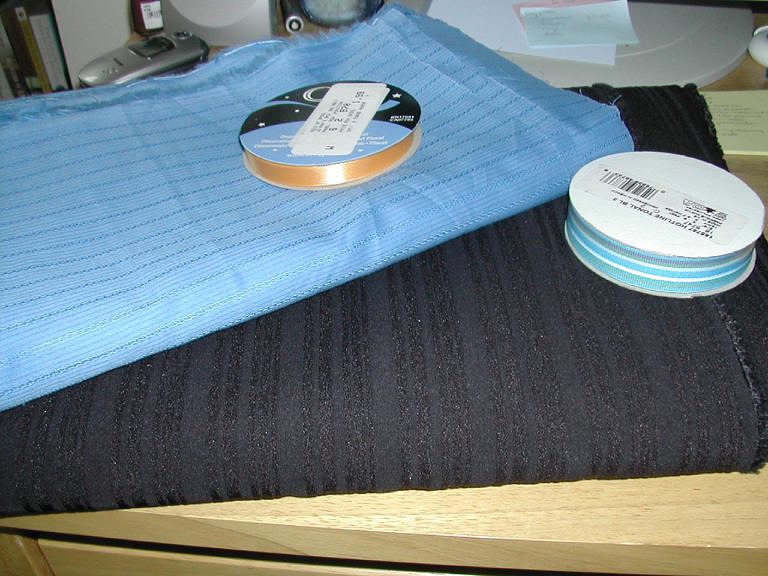 That’s black knit suiting with vertical stripes, and blue cotton with vertical lines of lace, plus contrasting ribbon for each. I’ve been shopping endlessly recently. Between David’s graduation, a party for my high school swim coach who’s retiring, the rehearsal, and the evening before, I need several dresses, shoes, and wraps, since Boston in May/June will either be 90 degrees or 40. Then, we leave for a week in Hawaii, and I need honeymoon-worthy beach clothes. Since Seattle is neither a dressy town, nor a sunny one, this has meant a lot of shopping. A bit exhausting. I finally gave up on finding a cover-up for walking from the hotel to our snorkeling beaches, and just decided to make one. Everything I was finding was either gaudy or non-functional, and everything was expensive, so I just went to Joann’s last week, found sale items, and “splurged”.

I came up with a detailed plan: 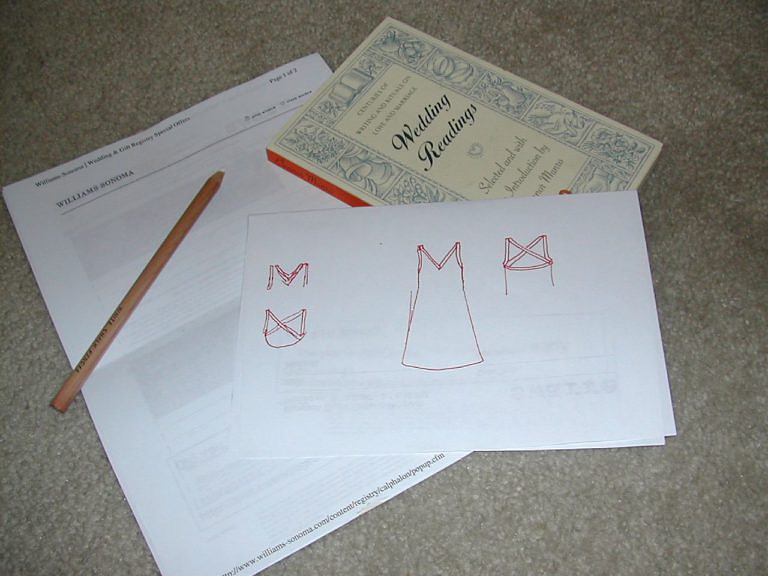 (note ubiquitous printouts of registry information and collection of readings for the service — still need to choose two!)
Then I used a dress and a sleeveless v-neck to approximate a good size and shape. 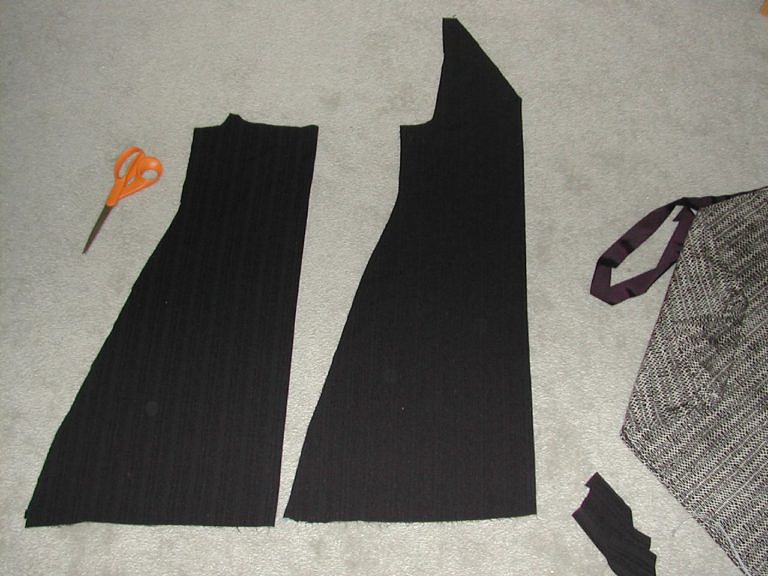 And then I hemmed the sides (My first time using a walking foot! Good fun.), sewed on the ribbon, decided that the back wasn’t working and so removed the cross and replaced with strait straps, and then used a zig-zag stitch to hem the bottom. It turns out that the only black thread that I have causes my sewing machine to choke, and so the thread was orange, turquoise (from two decades ago, since the label has a Canadian flag and French on it), and navy. Good enough! 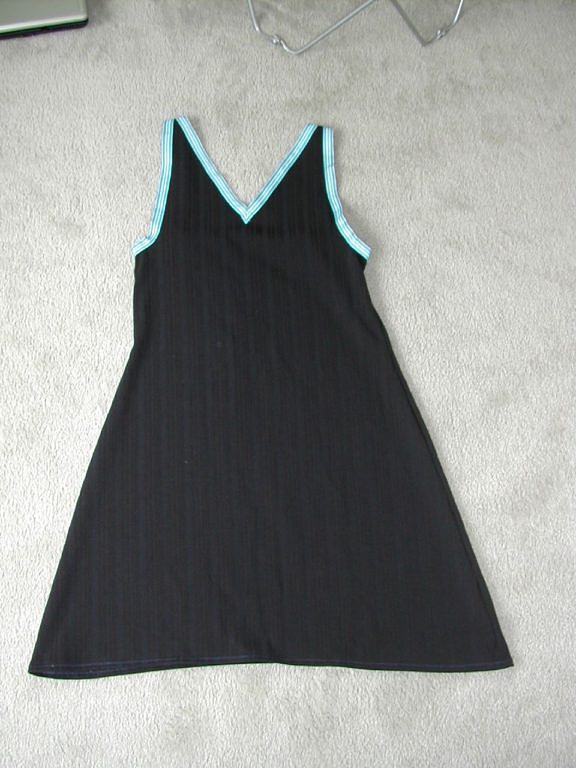 It actually fits very well. Yay! The body is perfect, and the hem is straight. The ribbon is slightly puckery, and so I’m considering adding darts to it, but it really barely even needs it, and for beach-wear, it’s just fine. 🙂

My favourite parts are (1) where the two ribbons join at the shoulder, and (2) the seam for the v-neck. 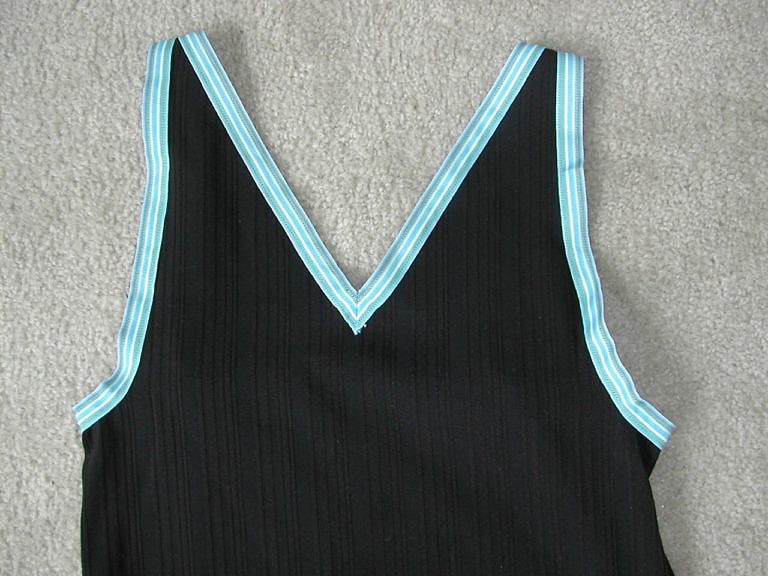 And this morning, I woke up feeling accomplished (for thirty seconds until I remembered the rest of the things on the list.) 🙂 Only three more days until we leave for Boston!

3 thoughts on “Something to fill the hours”