Graduation has made me cry ever since my year. There’s something so horrible about being forced to leave college. And then there’s all this tradition, and pride, and desolation, and rending of bonds, and community. And at Brown, the reunions are all the same weekend, and so the alumni are back, and graduation includes something called an inverted sock (where all the alums march down the hill, then the grads march through them to wild applause, and then the alums march through the grads, to general exulatation), and it’s all so emotional and important to me. So.

And then they have bagpipers, which also make me choke up. (Here are a few of the 20-some that solemnly marched by… pipers and muliple kinds of drums. Again, ceremony and formality.) 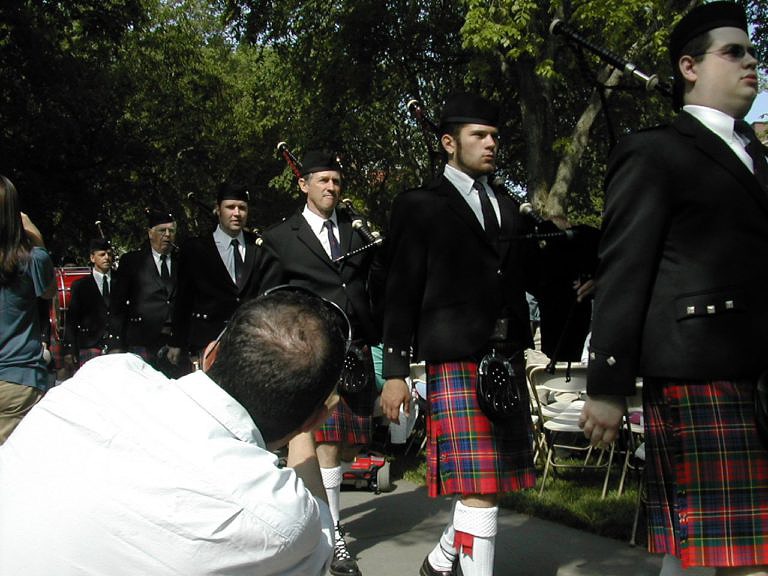 And then my brother is graduating — the third Brunonian sibling in five years (and my parents started the trend by meeting at Brown in the seventies) — and so it’s not only his achievement, but something that reverberates around my family.

My brother and his friends positioned themselves as last in line, based on the general agreement that they absolutely wanted to leave less that anyone else in the class. But on their way (literally dancing) down the hill, they led boisterous choruses of the school song. What a good way to go. I joined in for a few yards to end the verse — it wasn’t a reunion year for me (or Dad, Mom or Shar), and I wanted Dave to have someone from the family who’d walked down the hill to cheer for him.

Here’s a photo of the two of us as I looped by him with the (temporarily adopted) class of ’02: 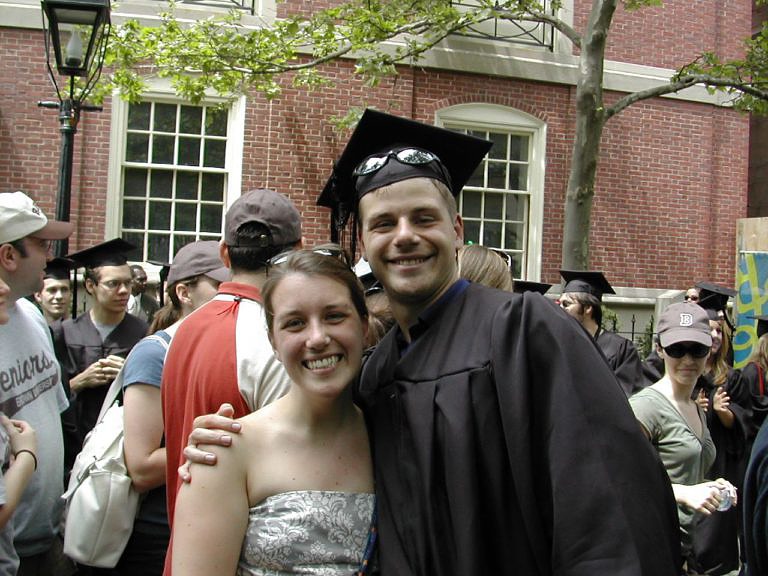 And another of him as he said “fake happeee!” for the camera… 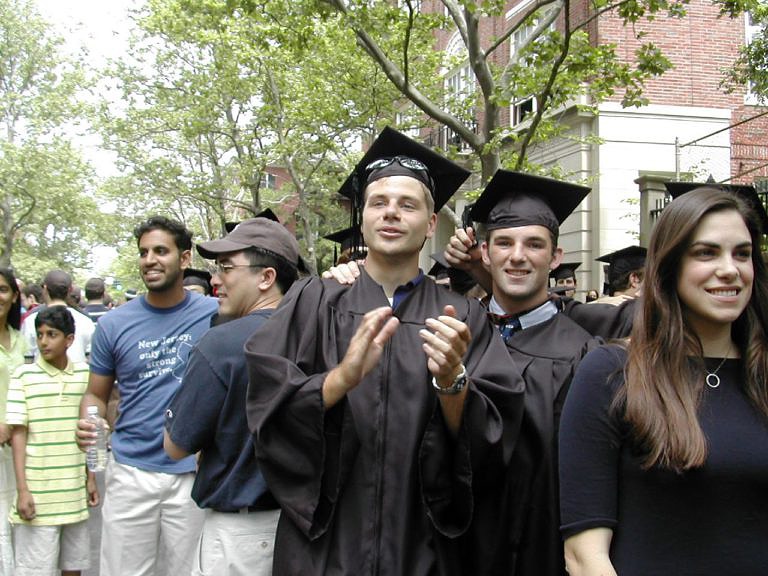 (There was one with all of his friends, and while they’re all generally photogenic and awesome, that phrase doesn’t lend itself to awesome photos. :-))

And one of Dave and my parents. 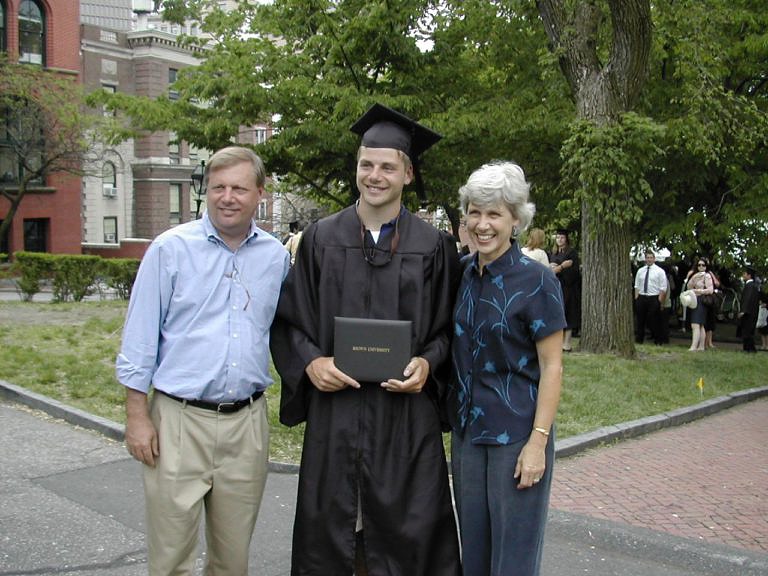