My mom runs Vista on her laptop, and has it set up so that she can see the weather for Seattle, New York and DC (where me and my siblings live) in the sidebar on the desktop. According to her, I’ve been winning for the last week or so. Sunny and low 80s easily beats humid and upper 90s. Yesterday, though, started to get really hot (89 on my car thermometer at one point!), and today, we’re supposed to hit 98. Anything over 85 is severely alarming to the general Seattle population — we aren’t equipped for hot weather.

Kevin and I would merrily go to our air conditioned offices and then complain heartily when we finally got home to a baking apartment, and leave it at that, but the fish (as usual) complicate things. We generally have a few days a summer where we worry about the tank getting too hot. It’s stressful for the fish, and there’s real concern that our corals could bleach. You can buy a chiller to keep the water cool, but they’re expensive, and not really worth it for our climate. Usually we keep the tank reasonable cool (under 81 degrees) by closing the blinds in the apartment. If it looks like it will break into the mid eighties, we turn a fan on the lights, to chase away their hot air, and to promote evaporation, which cools the water. 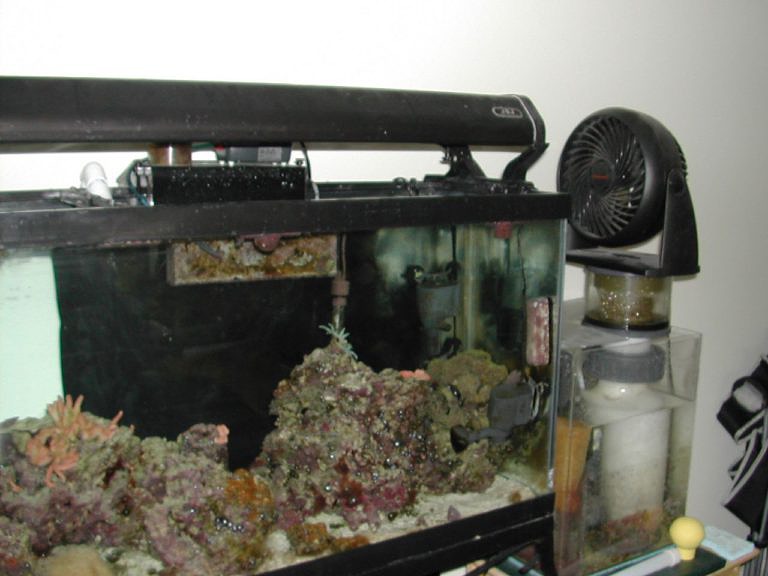 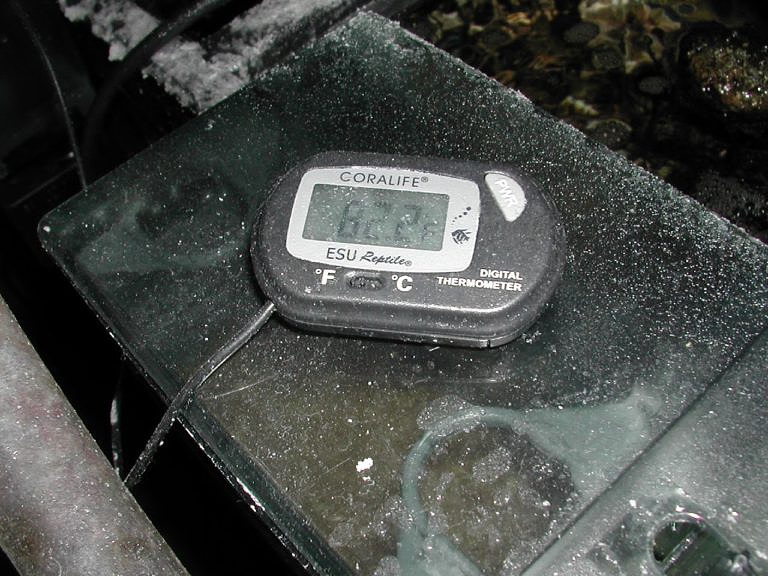 (And look at that salt creep!! When it’s hot, we have to wipe down the salt every few days instead of every few weeks.)
So, fan, upstairs windows open, shades drawn, and Kevin’s braving the heat to work at home so that he can do water changes with cool water every hour or so. We’re cooling the next bucket with a ziplock of regular ice (since it has chlorine in it, we can’t put the ice in the water directly).

Then, in a flash of inspiration, I remembered that I still had my ice cube trays from Boston (pre-ice maker). We poured some of our fresh top-off water into those, and those ones will be able to go directly into the refugium. Nice. 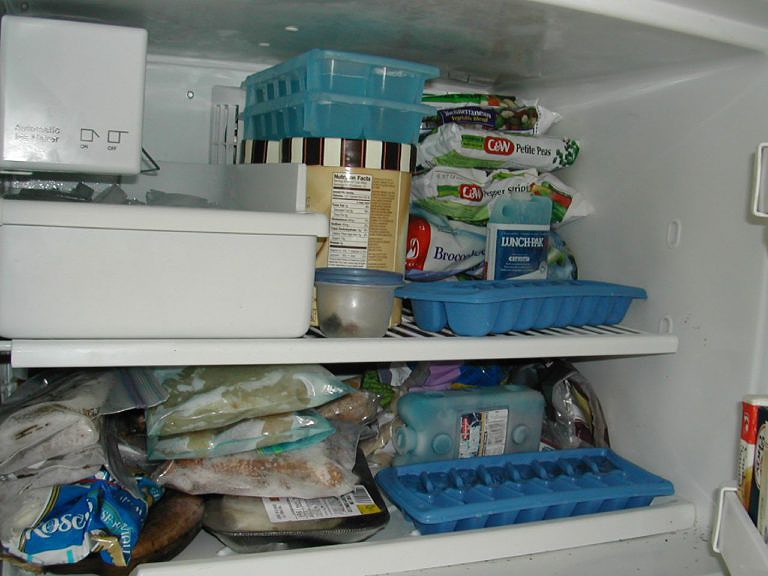 One thought on “A scorcher”