1. New strips for the bushes and trees in the quilt! 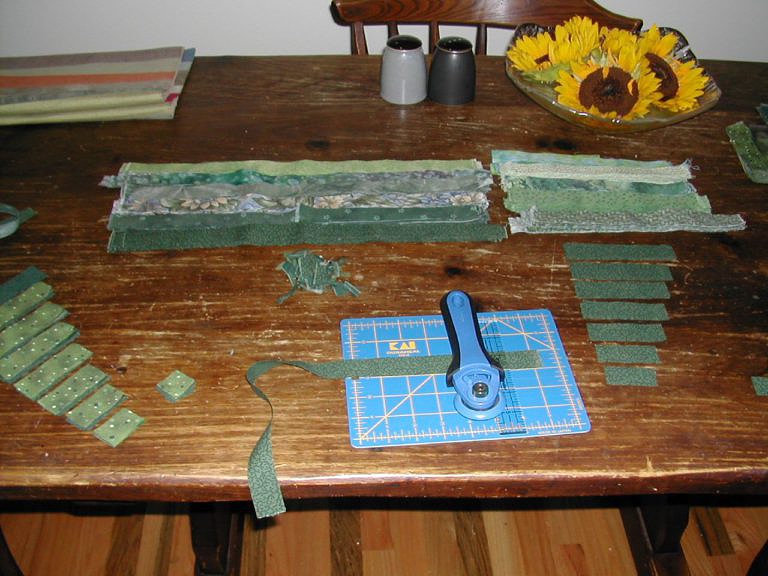 I was cutting at the kitchen table — one of the coolest spots in the house, since it’s on the first floor, all the blinds were closed, and I got the few fragments of breeze from the fan that made it past the fishtank. (We really should buy another fan at some point.) After sunset, I had to give in and turn on a light to read the markings on the ruler, but in all it wasn’t a bad way to take my mind off the heat. (Good thing the fabric wasn’t red or orange!)

2. The second batch of beans! 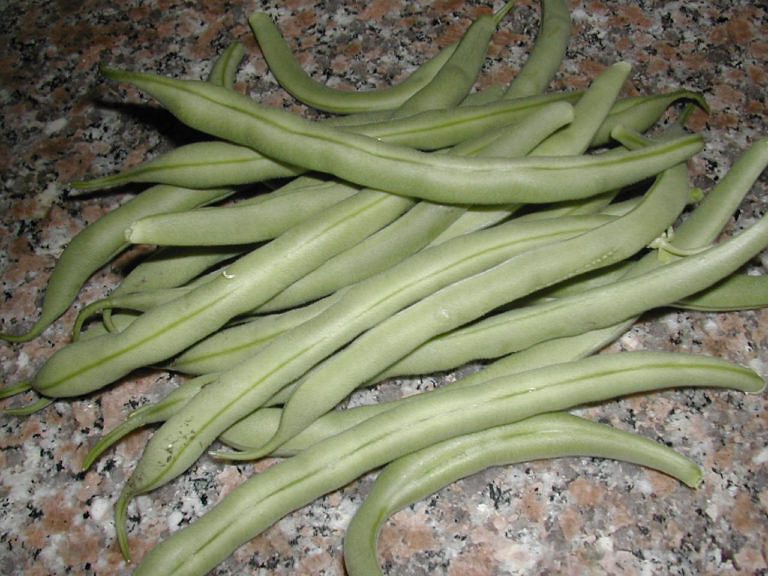 I really need to stake the plant, since it’s gotten very floppy and top-heavy as it’s grown, but in the meantime it seems to keep spitting out plants unperturbed.

P.S. The fish made it through the heat wave without issue. The tank got up to 83.4 degrees or so, but Kevin’s ice cubes and ministrations throughout the day seem to have done the trick, and when I approached the tank to take a picture, all of the dudes, including the shrimp, came clamoring over to the glass to be fed. A very good sign. 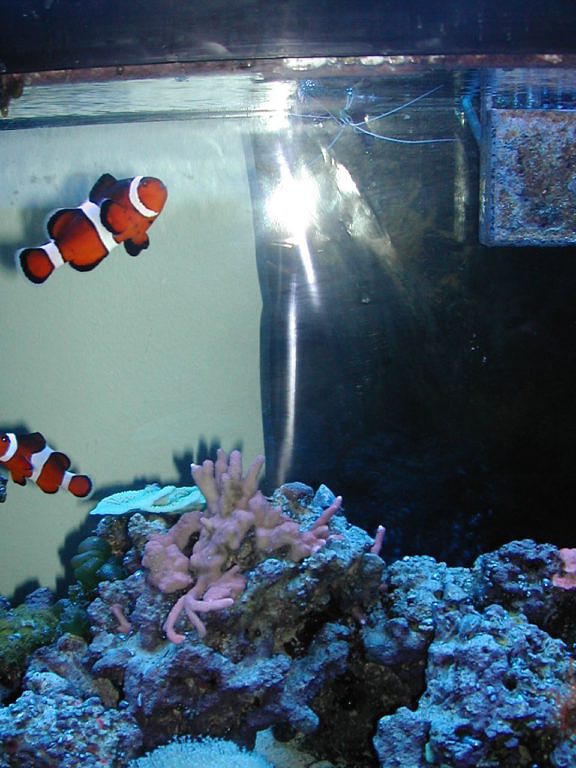 Sorry for the florescent, flash-marred picture. It’s really hard to take good pictures when the white tank lights are off. First thing in the morning, we turned off all of the refugium lights and the white lights on the main tank, leaving only the blue main tank lights for the day. It was an attempt to avoid as much heat as possible without stressing out the fish and corals too much. As a result, everything glows (think bright colors under a black light). Pretty in person, but tricky for photos!

The original forecasts for today were for a second day in the upper nineties, but luckily, cold wind blew through overnight and the morning was quite cloudy, so we were given a reprieve. 🙂