We (and the Brown dinner crowd) just got back from the Harry Potter movie. The IMAX at the pacific science center hosted a “wells and spells” viewing — a ticket got you into the science museum and movie, plus a(n adult) drink, they had snacks, and lots of attention to theme. I was very impressed at how many people showed up in hogwarts attire, including an extremely convincing snape. It made me wish I had a Weasley sweater, or at least a house scarf, at the ready. 🙂 And I call myself a knitter…

The movie itself annoyed me, but then again I never like movies based on books. Since I’d just reread 5 last weekend, I was particularly galled. That said, Luna was great, and the I’m fascinated (in a sort of horrified way due to Umbridge’s outfits) how long it takes until the knit patterns based on the movie start appearing. I feel like they were catering to the knitters, in a way — so many different sweaters, scarves, vests, dresses, and ponchos. It was also fun to get to wear the 3D glasses for a portion — I think it added a lot.

And then we got home, and I was confronted, again, with a major disappointment of today: 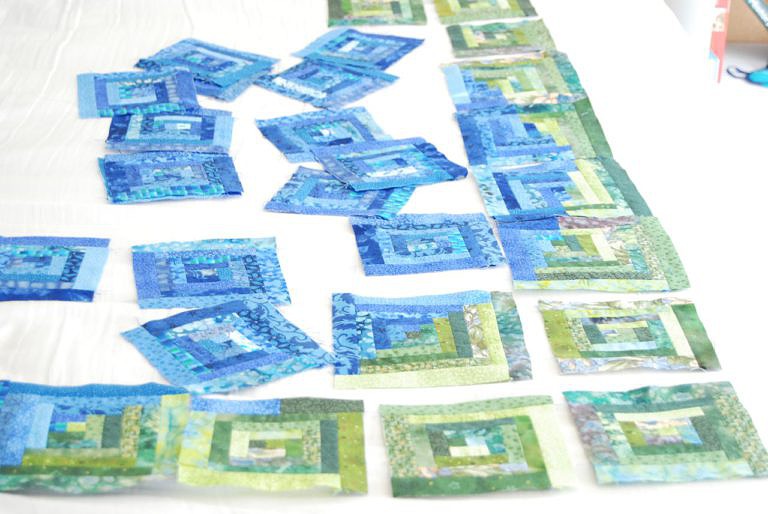 Apparently Kevin’s fancy camera was on some secret setting that makes everything glow in space — the room was pretty dim, and I don’t know why it didn’t turn out. So, do you see the problem?

Here, try again with a (this time very dark and deep) picture taken by my camera: 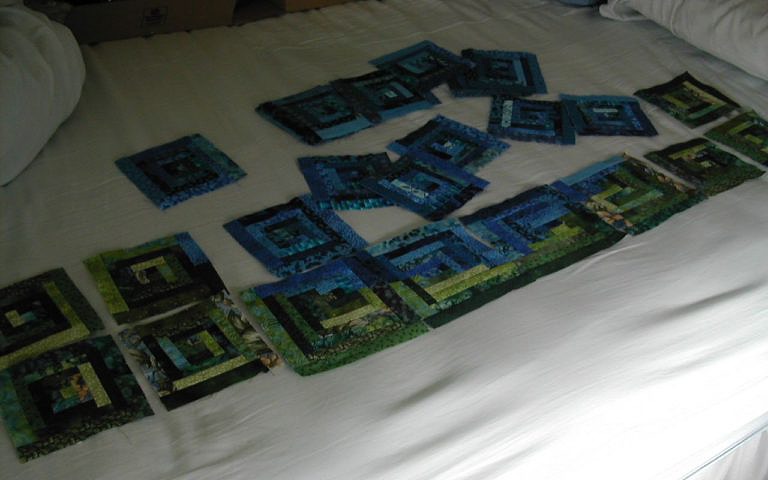 The six new squares are bigger than the others. These are the first squares I’ve done in color pattern for the quilt (except for the purple/mountains, and I stopped a year ago on those because something had gone all wrong and I blocked out exactly what). I was trying to follow my pattern last night, and the things were way too big — I was already up to the 5″ strip, which is the largest, on the 16th block of the square, but each square should have 21 blocks. So I held the squares up to the ones I’ve already done, and they were exactly the same size, but missing five pieces. It took me ages, I kept recounting and remeasuring, but eventually I realized that all 55 squares I’ve done so far (including the 32 that I’ve already sewed together into a large block of sky) are all too small by four blocks (an inch of height and width). I’ve been ending up with 5×5 inch blocks, and I needed 6×6 blocks.

Once I made the first few, I just kept following the pattern.

This is demoralizing. I’ve been really excited by my piecing progress recently, and now I have tons more fabric to cut, strips to sew, blocks to iron, and before I can do most of it, I have to remove many, many yards of teensy machine-sewed seems. A major bummer. We’re thinking of moving (a house?), and I need to have this done before we leave because it’s a representation of where we live now (and the first place we’ve lived together). It’s so important to me to “seal” its importance by seeing it here before we go. I’m already regrouping, but when I first realized the mistake, it was a blow.

On a much brighter and happier note, here are the flowers that Kevin brought home for my birthday! 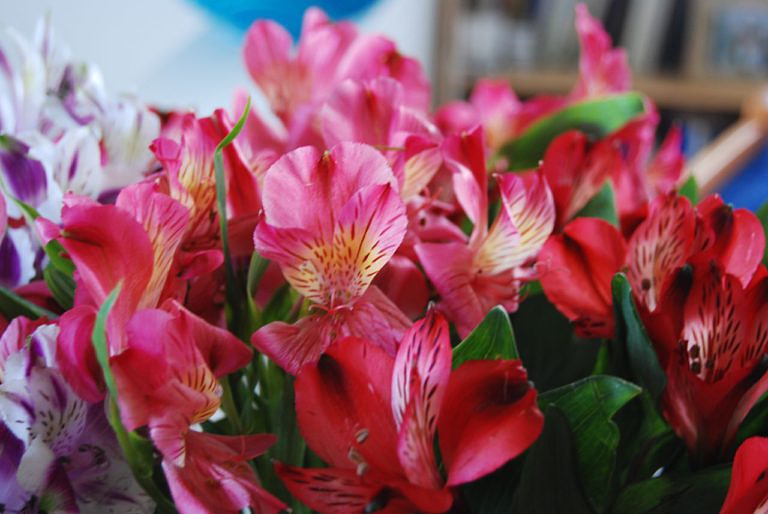 I had a long and self-pitying post about how much I liked being 25 and why I wasn’t ready to move on, but I scrapped it in favour of pretty closeup flower shots. 🙂 Here’s the red: 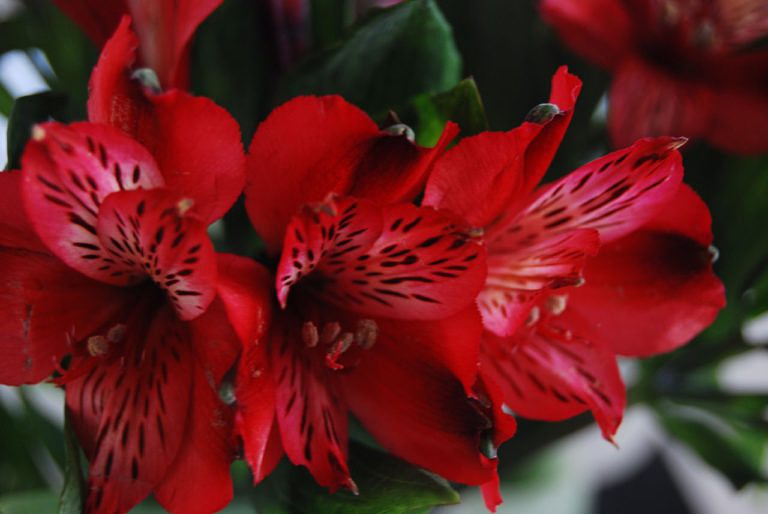 One thought on “A muddle of Thursday things”