It’s Seafair weekend here in Seattle, and we decided to kayak out to the edge of Hunt’s Point to see the Blue Angels. The show started at 1:30, but we didn’t have waffles until 11:30 and I was still at the farmers’ market at 12:30, and so we were a bit late. The planes flew directly overhead as we were getting ready to launch our boats. Very cool (though I think they look kind of creepy), but we’d meant to be a 30 minute paddle down the lake by that point. Oops. 🙂 Clearly there’s a slight difference between military punctuality and what you can expect from the two of us on a Saturday. 🙂

I brought my camera along in a ziplock bag in my life jacket’s pouch. Here are all six planes flying right in front of us! 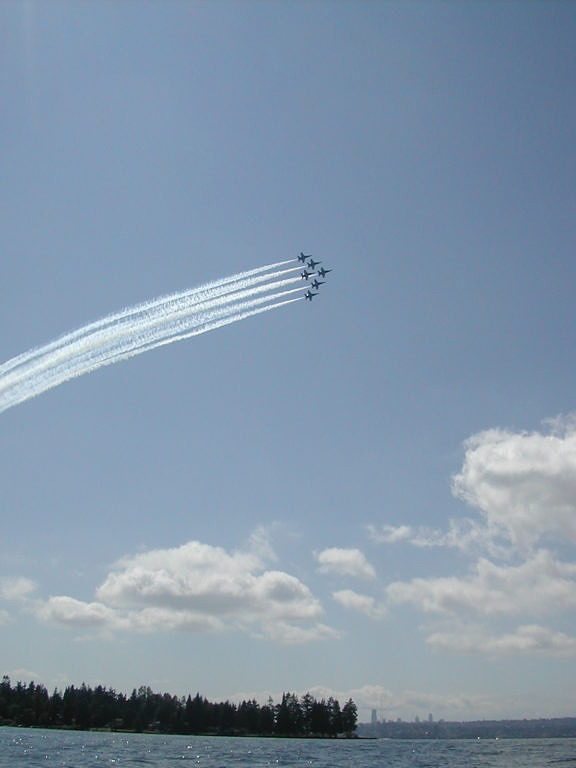 It seemed like the accompanying BOOM should have made a wave of its own, but the water stayed calm. And then here they are swooping over the U district for another high speed pass over Mercer Island. 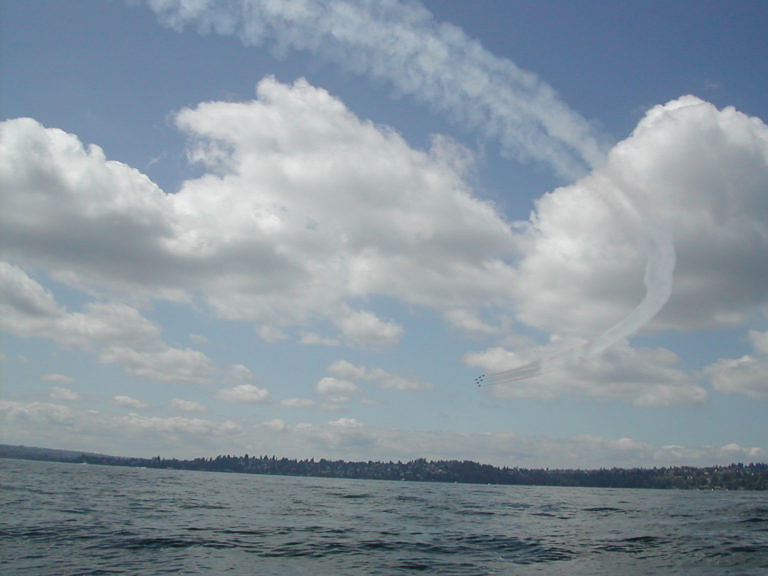 The paddle back was a bit more exciting than our meander over as we had to contend with the wake of all of the boats returning from the show. I desperately wanted a photo, both of the mammoth wake (some of it compared to the mail boats on Winnepesauke), and the myriad boats, but I didn’t trust myself not to drop the camera into the lake while I was taking it out of my life jacket pocket (the waves were so constant), so you’ll just have to imagine a zillion boats, ranging from small bow riders to sailboats to yachts, plowing back north to Kirkland from the show.