We were invited to go see the Red Sox vs. Mariners game on Sunday, by friends of my parents that live in the area. The game was amazing, and the seats could not have been better. We were front row, right behind the Red Sox bullpen. On the whole, I’m not a particularly star-struck person, but it was a thrill to keep seeing all those faces from 8 feet away.

The game was neat. In addition to gorgeous sunshine and all of the Blue Angels flying around for Seafair, the Red Sox were just ON. 9-2!, Manny had a home run, Ortiz stole second base, there were several amazing layout catches, and the Mariners moose ran over Coco Crisp with an ATV.

varitek was having trouble hitting, but he just kept battling all game. He’s so serious and professional. His last at-bat was a long series of fly balls. He didn’t end up getting on base, but you had to admire his perseverce. 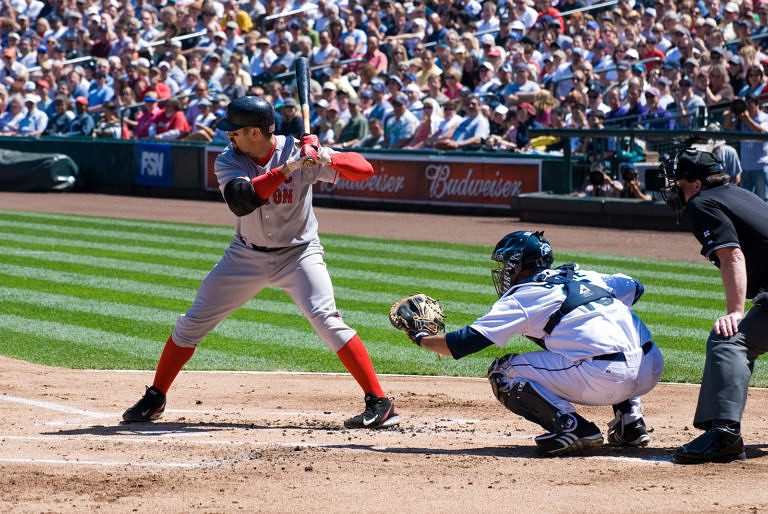 Kevin got a great shot of Ortiz clocking it. 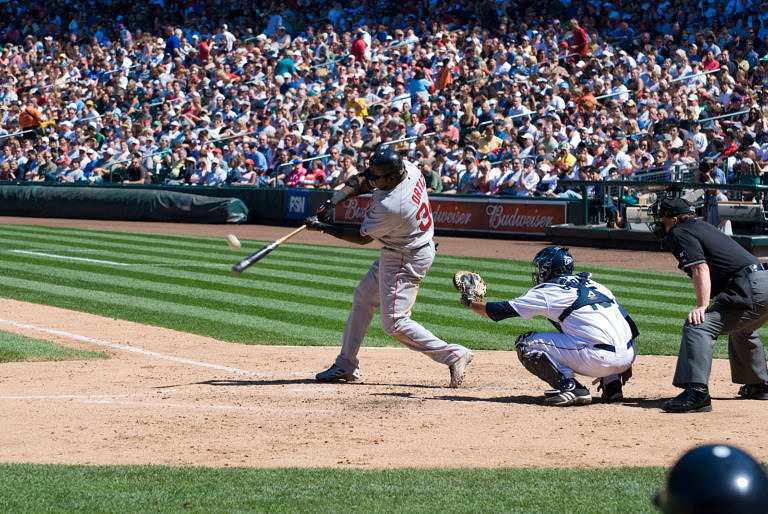 He was probably the most fun to see in person and close up. When he was warming up before going up to bat, it was just incredible to see how powerful a person he is. You just don’t get that from TV. (Plus there was a pretty major contingent of little kids all obsessed with “Big Papi”. Good to see that these west coasters are raising their children right. :-P)

Here are Ortiz and Crisp congratulating Manny on his homer: 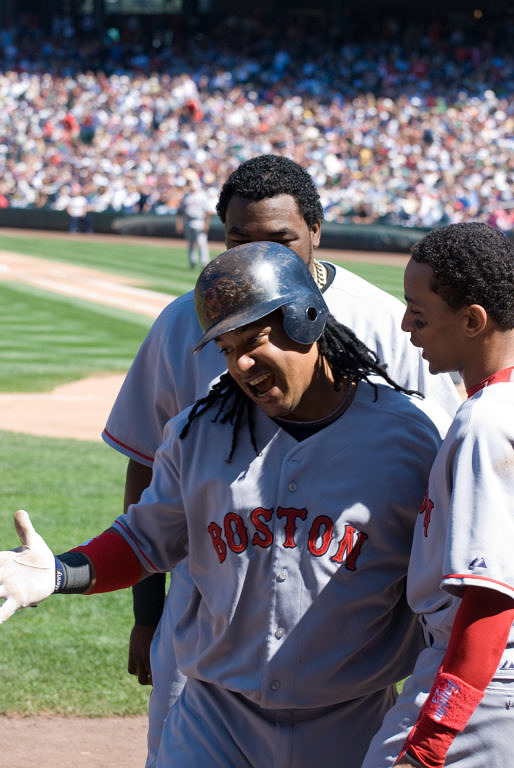 .. and mirabelli yelling at the moose after he clipped Coco Crisp. The bench was really upset. 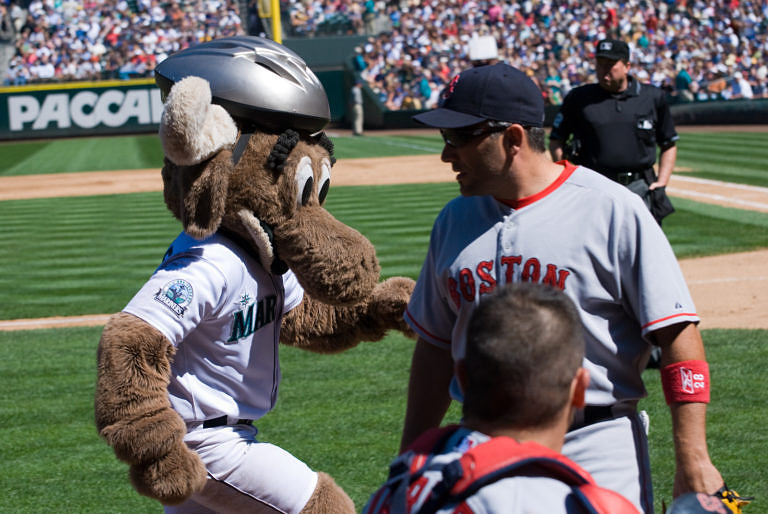 And it was fun to see Beckett pitch such a great game. Here he is coming off in the 8th. 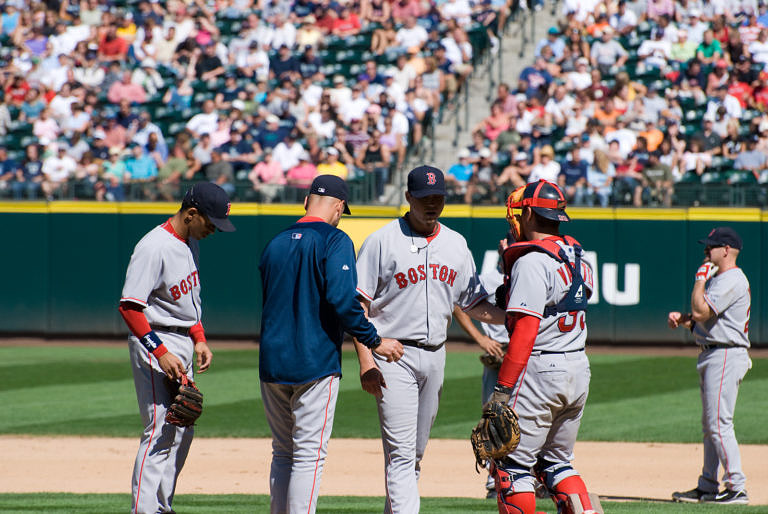 Baseball games don’t get much better than that.