The “Gramma Rock”, so named because the gramma used to live inside it, has always been a bit of our nemesis. In addition to housing our first zoos and lots of coralline algae, it’s also been host to the annoying green fan algae and the alarming red algae. not to mention bubble algae and aiptasia. When both the green and red algae started reproducing on the same day, it seemed time for drastic measures.

We’d talked about pulling it out a year ago, but decided that the gramma would never forgive us. And then we stalled a bit, in his memory. But, with the red algae making a nasty comeback, and the ongoing dominance of the green, when I raised the subject a week ago Kevin was very enthusiastic about pulling the rock out.

Here’s the tank before it went: 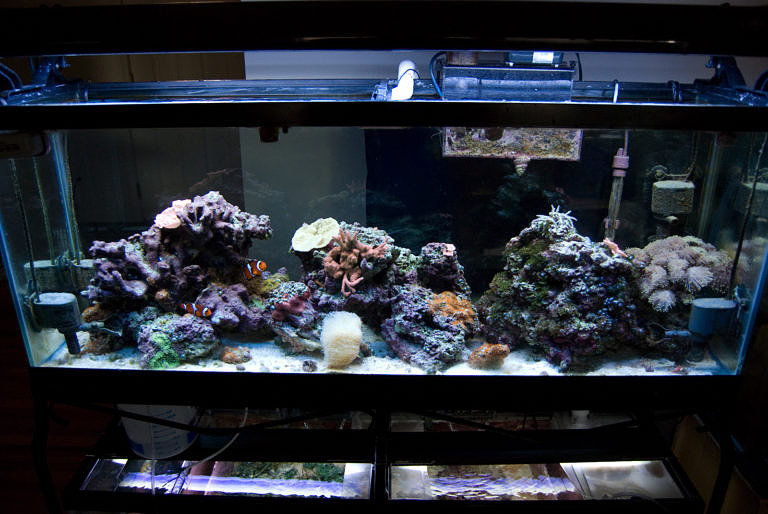 (The gramma rock is the huge lump in the right third of the tank.)

Kevin documented the removal. Here’s the tank with the lights off, and me with a towel prepping to remove the huge rock. (Like the Seafair tan?? :-)) 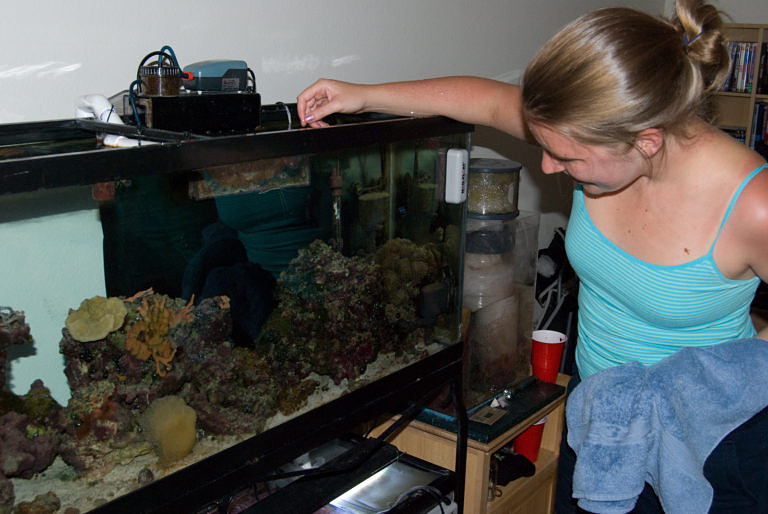 Here is the tank under the blue lights, all murky from the sediment raised from under the rock: 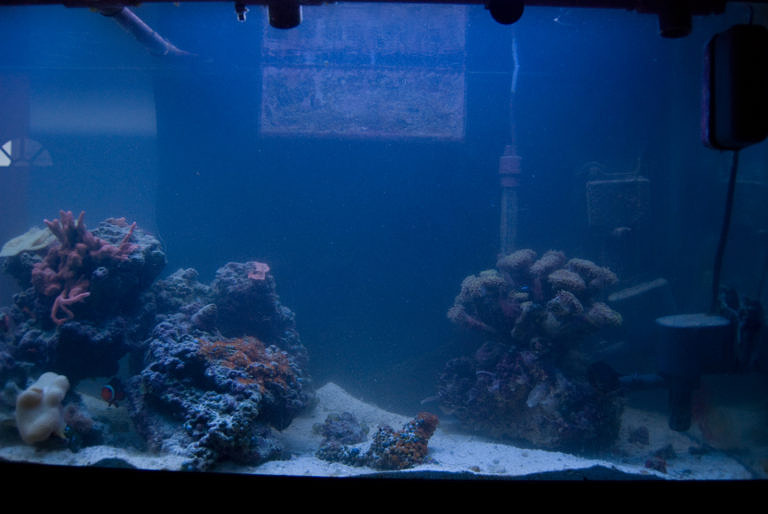 The rock removal left a big sand bed, and let us move the unhappy torch coral out of the corner and into the current and light. The torch coral looks so happy. And a bonus: the clowns are venturing further right in the tank. Nice!

We’ve put the rock in fresh water in the quarantine tank in the bathroom to re-cure (i.e. lose all of the negative life-forms). I had a momentary lapse, since that also meant losing the zoos (purple and orange), and about a zillion starfish and snails, but Kevin was adamant (and correct) that it was for the greater good of the tank.
We were intrigued to find a crab about 2″ across after the second day. We’d spied him a handful of times, when we watched the tank by flashlight well after midnight, but it’s good that he’s now away from the coral. As for the experience of letting rock rot, I wish that there was a way of blogging smells, but for all of your sakes, it’s probably just as well that there isn’t. Picture every bit of loveliness that the phrase “low tide” dredges up. Luckily, it isn’t our turn for a Brown Dinner anytime soon. Here’s the sanitized version of the rock, pre-water and pumps: 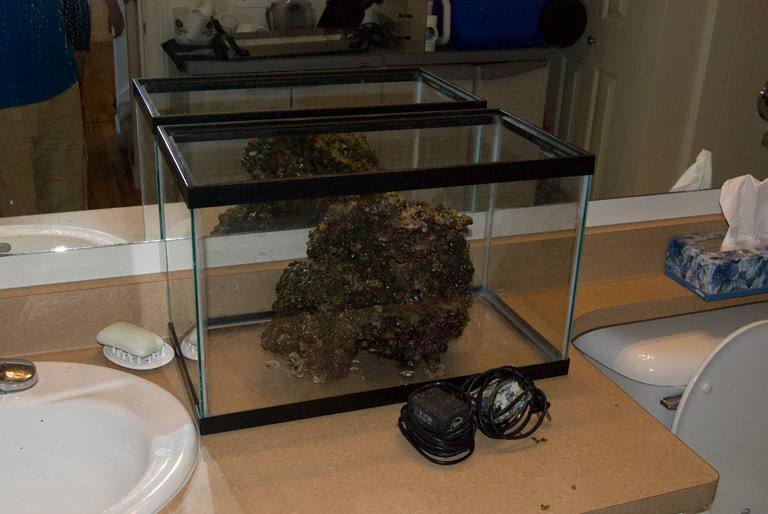 We have no idea whether the rock will become part of a new, better system (contingent on buying a house), or just be an exercise in letting go. I think it’s quite pretty and hope to keep it. We’ll see!