So first of all, we’re having the neatest thunderstorm. Kevin watched the lightning as it came in from the north, and about 20 minutes later we had *actual thunder* that’s continued to rumble, as the rain continued to pour, for about the last hour.

I am a happy camper. There’s nothing like real weather.

It’s been a bit of an odd weekend. All of a sudden, twilight is happening at 7:20pm, instead of 9+ pm, and that’s thrown everyone for a loop. I can’t figure out how it keeps getting dark so early – I feel like the sunset has dipped 90 minutes in about a week and a half, which doesn’t seem rational. And the air has been cold, especially overnight, and smells like fall, which is sort of daunting. Add that to the house–closing date of October 12th, and you just want to unpack the sweaters and eat cheese, pasta, and wine and skip to fall colors. I’m not ready for full-out fall, especially the grey, but it’s better that this slow unwinding.

I made a ton of progress on the quilt. Not only are all of the transition squares done, but I sewed the sky together. Here are crummy photos with the flash of the front (with toes for scale — like the flipflop tan??): 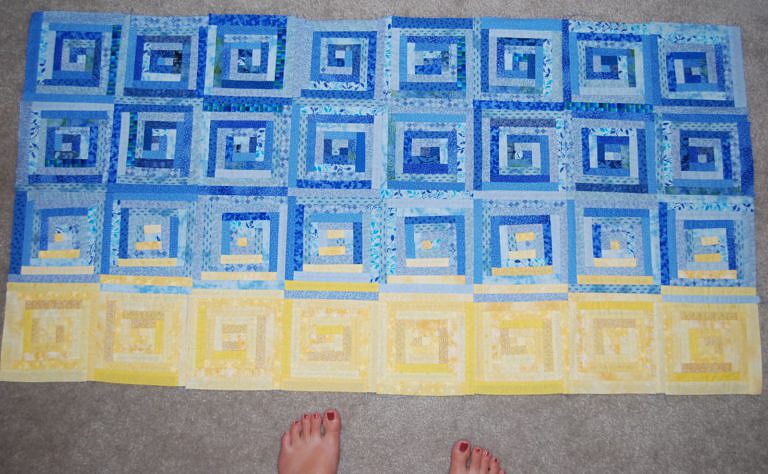 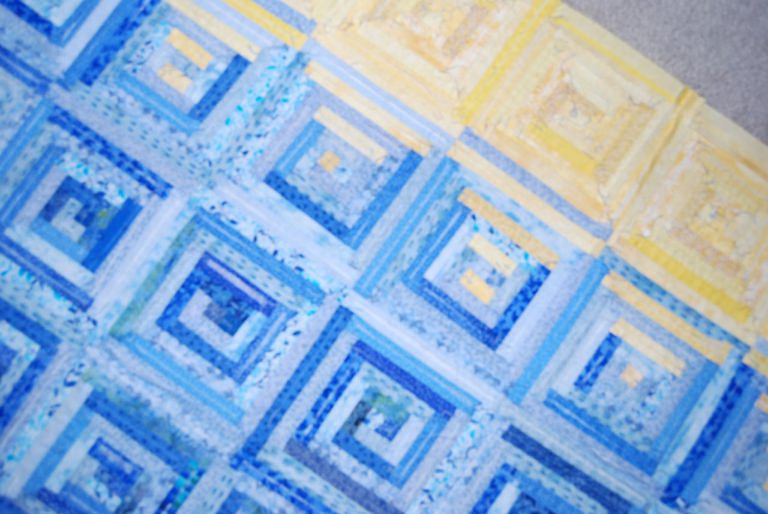 Next up is those last four squares of lake/majestic-pines. I have them charted out, it’s just a matter of mustering the concentration – they’re complicated.
And then the hills (U-district, queen anne), and the last bits of the Olympic Mountains, and then the comforter and I will be in business. 🙂

This guy, though, takes the cake. He’s enormous, and built a 2′ wide web, on an angle, over our porch light (which granted, does get a lot of bugs. I was creeped out. Kevin took photos. 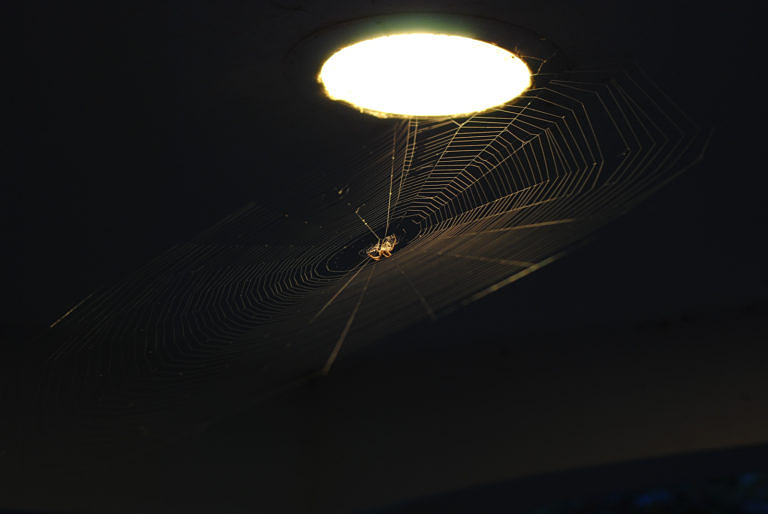