The move on Saturday went extremely quickly, thanks in no small part to help from our Boston friends Shawn and Sanna, and their puppy William Wallace. 🙂 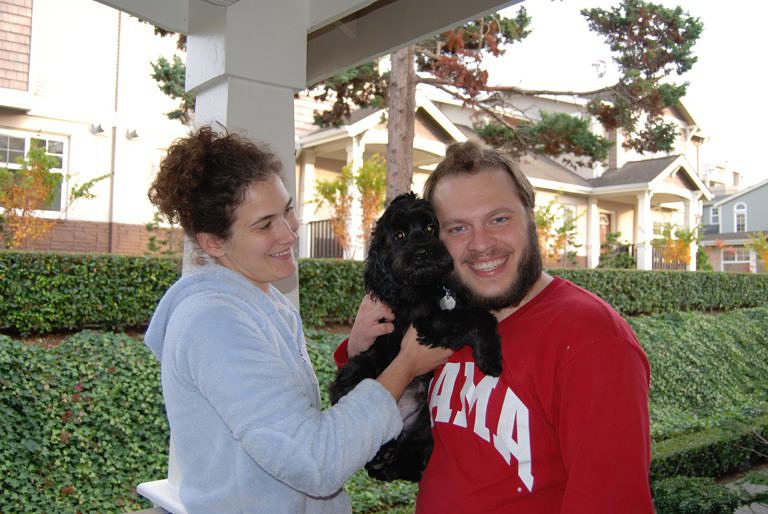 I was so grateful not to be the one trying to heft mattresses and couches and the TV. Not only is it so nice to have all of the furniture moved (the house has finally stopped echoing!), but they were such great company. In all, we only spent about two trips and 4 hours of loading, driving and unloading the UHaul. The boys stopped in the middle to go play football, and then we all went out to watch game three of the series in the evening.

Even the weather cooperated. 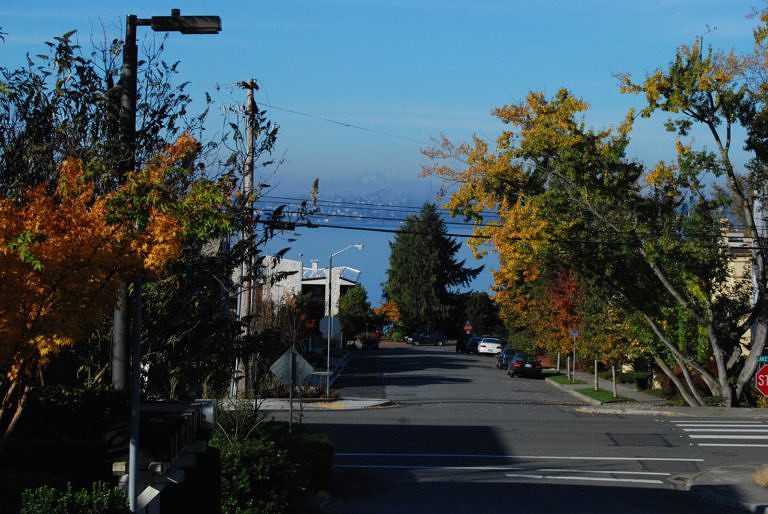 Blue skies and perfect temps after a week of drizzly cold.

The fishtank move on Sunday was a bit more of a challenge. By mid-afternoon, we’d moved all of the dudes into temporary homes, with lights, current, heat, filtration and circulation. We brought about 60 gallons of water over from the apartment to lessen the transition. (Between our wonderful friends, we were able to borrow 7 carbuoys — the huge glass jugs used for brewing beer — which made the water transport in the car MUCH easier, if still pretty heavy.)

Here are the clowns hanging out in a tupperware on the counter: 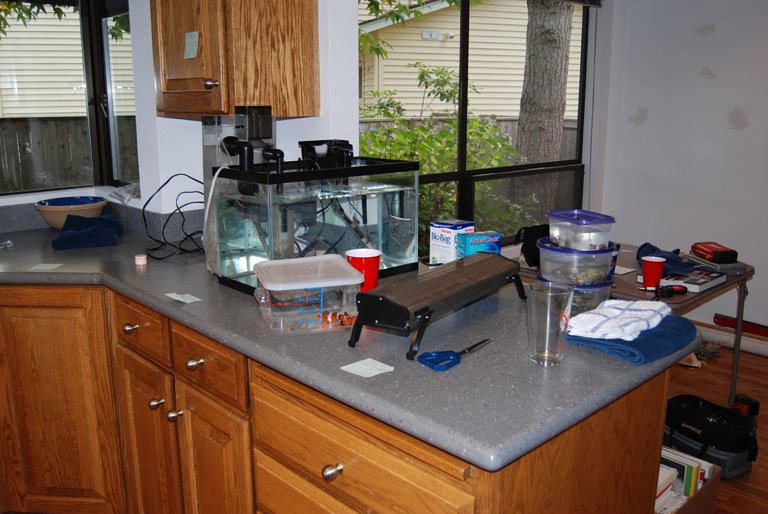 And reunited with the PVC in their new temporary digs: 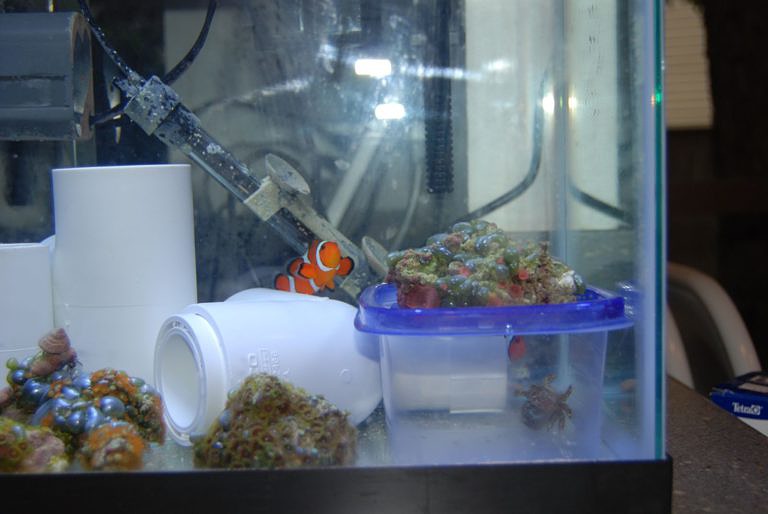 The clowns *really* didn’t like my attempts to catch them with the net for transport, but once they were both together in the quarantine tank and were able to hide in the PVC for a breather, they calmed down quite quickly, and even ate dinner.

Here’s our green tub of rocks and corals, all lit up: 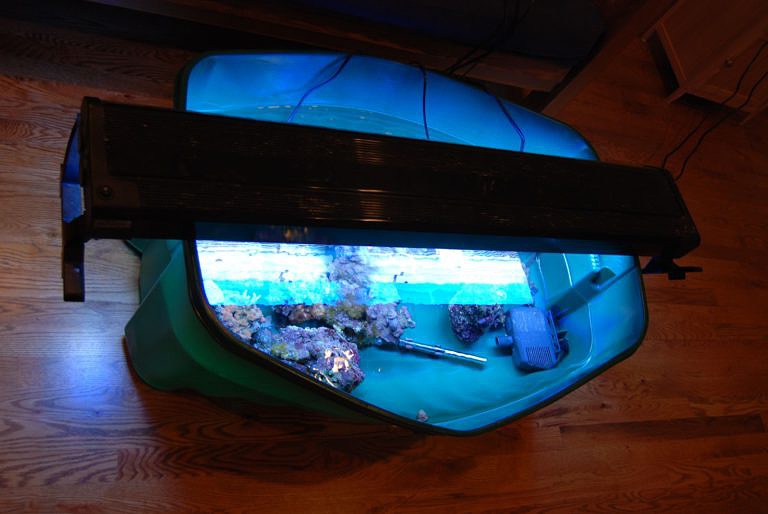 It looks quite sensational with the blue lights in that green tub. Here’s a slightly less glowing photo, taken before we put the skimmer in. (You can use the futon for scale — it’s a pretty big tub.)

The corals are out and look pretty happy, which is a relief.

We’ve now moved just about all of the equipment. I hit the point of total exhaustion around 8:30 pm, when the water was out of both tanks, but we still have about 40 pounds of sand. I’ll finish getting that out tonight, and then we can wash the tanks, and transport them and the stand tomorrow. So, we aren’t done, but it’s progress!