I went to town on the master bedroom walls on Sunday. They’ve been patched, spackled, retextured and taped for a few weeks, so it was starting to feel like a hopelessly overdue project. Pictures will be delayed though, since once ½ the room was painted, it became clear that the other half would need to be as well. So, hopefully by the end of the weekend we’ll have pretty shots of another finished room?
I used the remainder of the primer I’d poured out to start attacking the blue walls in the family room. Took longer than it was expecting, but even the ugly, flat primer is such an improvement! 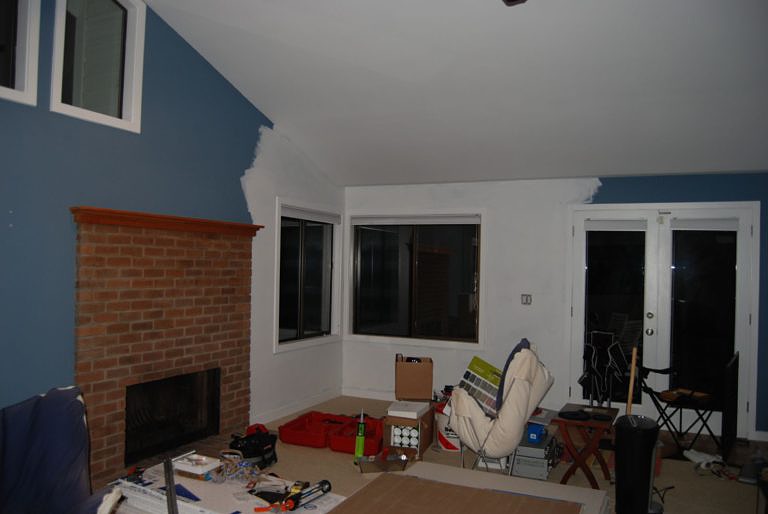 (This has been an unusually slow post to write. Kevin’s working on digging through the stacks and piles of things in his room, and keeps barging in to declare that he’s “throwing away this textbook!!” open to a page of proofs about inverse fourier transforms, or do I “want the unix 5th edition source code?” The worst part is that, typical us, these intrusions keep leading to long conversations about the complexity of Perl vs. Ruby, or the validity of what FakeSteve has to say about Google, and before you know it, another half hour has disappeared.)

One thought on “More painting”