Day 5 was another low mileage day. We started the day with Dim Sum. I’d found a place in Chinatown (the Hang Ah Tea Room) which took a bit of map-work, but once we were there we each had a dim sum combo plate. Delicious, filling and satisfying. We briefly walked around Chinatown – a lot of it was just touristy, but the buildings are great and it’s interesting to see the things advertised (both in English and in indecipherable characters), and see people walking around, and contemplate how different lives can be. We made it back to the car several minutes after the meter ran out and mere seconds before the ticket officer arrived. Here’s a rushed shot of the Chinese elementary school across the street: 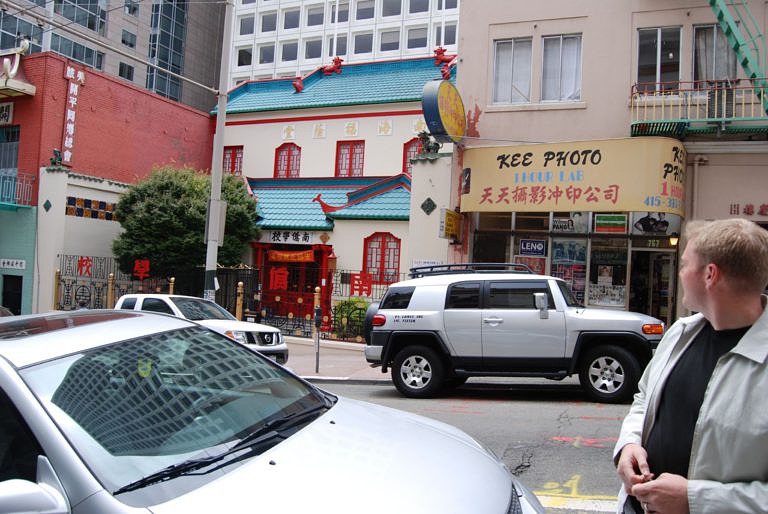 Nothing like waving to the parking cop as you pull out of the space!

We found and then crossed the Bay Bridge. Neat. I’d brought a hefty ziploc bag of quarters for tolls and we did a good job using them up in San Francisco. The iPod didn’t work (there was a radio station on literally every channel – something I’ve never experienced outside of NYC) so we twiddled the radio dial on our ride to Sacramento.

The highway there was great. To begin with, amazing pink, red and white flower bushes in the divider: 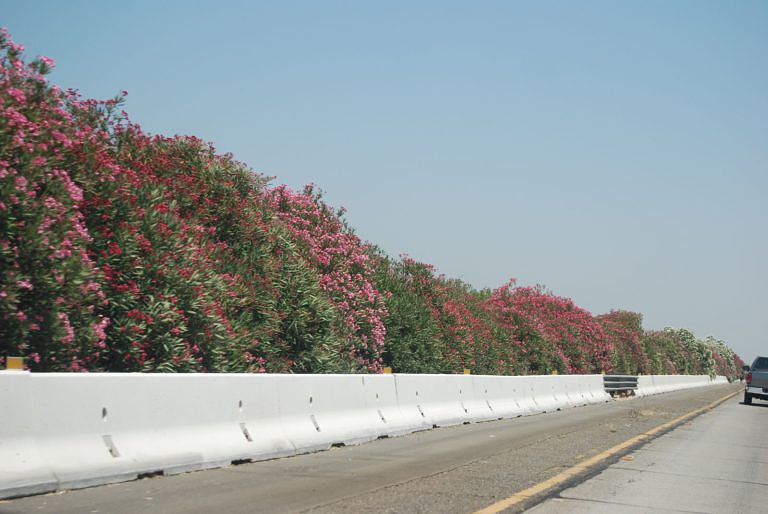 Amanda and Brian told us they were oleander. Gorgeous. Also, I was driving along and getting increasingly annoyed at the slow-poke people in front of me, then realized we were all cruising along at 80!! Yay!! Seattle (land of 49 in a 55mph zone) hasn’t yet totally killed my ability to drive on highways at an advanced speed. Every now and then I have the fear that I’ll never be able to move back to the east coast because my driving’s gone soft – it was a pleasure to know that I still have what it takes. 🙂

I didn’t bring the camera into Amanda and Brian’s and I’m deeply regretting it. Their house is gorgeous (and cool! Amazing given how hot it was once we left S.F.), they looked awesome, and (1 ¾ year old) Lily has grown so much and is talking up a storm (we were treated to lots of colors, body parts, animals and their sounds, a forceful NO!, and constant updating of who was using the bathroom). We had a delicious Riesling, walked to the park, ate pizza, admired the tomato plants, pet Kitty, and then left much too soon. Being in much the same boat, we were all impressed at the house and yard renovations they’ve been working on (completed and in progress) and it was just such fun to see them again. Wish they were closer, but what a wonderful visit.

We left Sacramento around 7 pm, and drove about two hours up I5 to Corning (Olive Capital of the USA!). Amazing sunset en route: 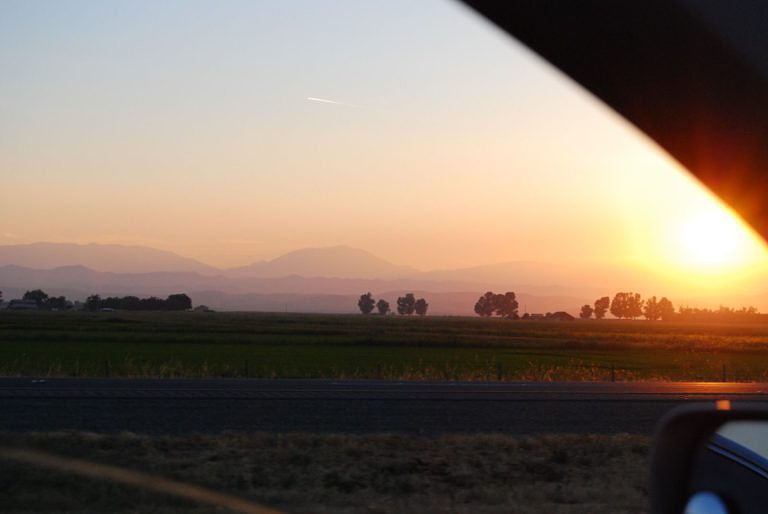 Until it finally slipped away: 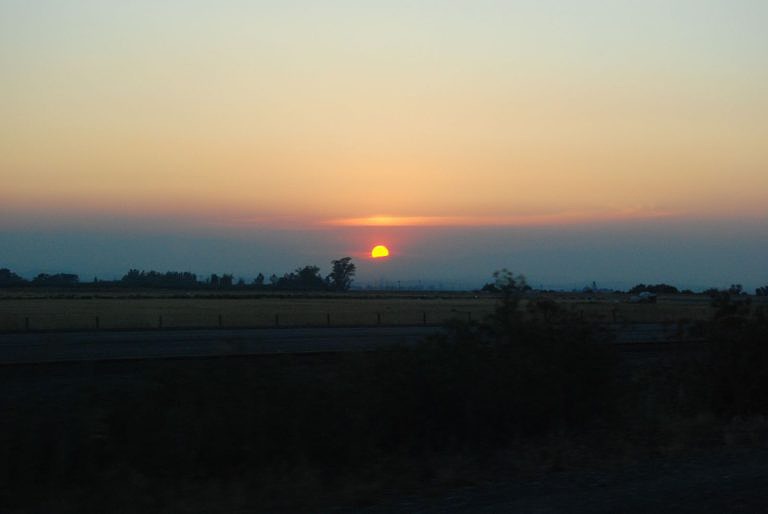 And then dusk was just as lovely: 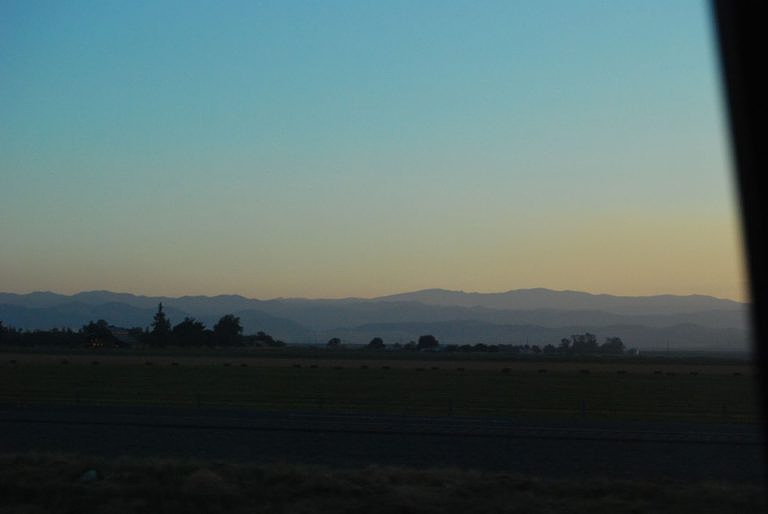 We stayed at a perfectly functional Days Inn, watched the last half of a Harry Potter movie and then Jon Stewart, and then found ourselves exhausted and ready for bed.

One thought on “Road trip: San Francisco to Sacramento to N. CA”