Kevin went to the fish store for more salt and came home with a new cleaner shrimp! 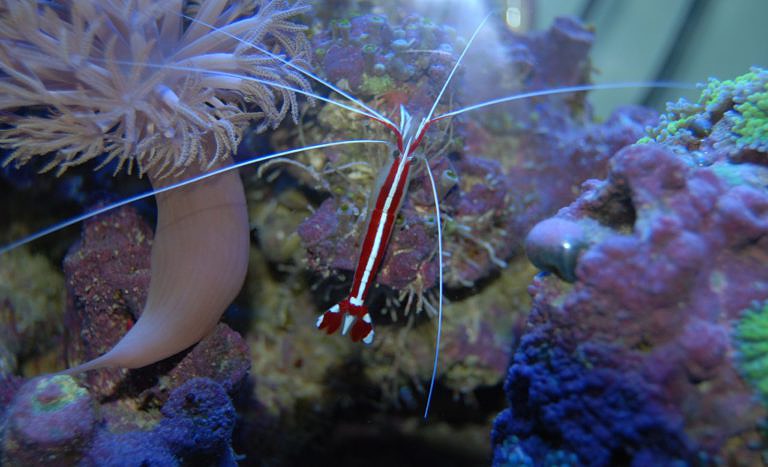 We’ve been trying to find one for a good eight months (since we moved into the house), and we haven’t had much luck finding mature ones. We bought a teeny one when Kevin’s family was here for Christmas, which was a mistake as it fell prey to the ricordia in a matter of minutes. We were crushed and felt so guilty.

This morning, I felt a surge of the same emotion again, as I checked the tank on my way out the door to work and saw a shrimp body half-consumed by the ricordia. Luckily my eyes deceived me – the shrimp had molted (a good sign that he’s physically in order, since that’s an appropriate response to adjusting to the new environment), and it was just his old skin that was caught in the ricordia – a major relief.

The fish are intrigued but trepidatious. Here’s a typical moment: The shrimp was doing his cleaning dance and Clack (with Click nearby for moral support) swam up to him. But the second that the shrimp started to guide him into place to be cleaned with his antennae, Clack remembered he doesn’t like being touched by the shrimp after all, and cringed away. This photo is the closest I’ve seen of a fish shrugging off physical contact: 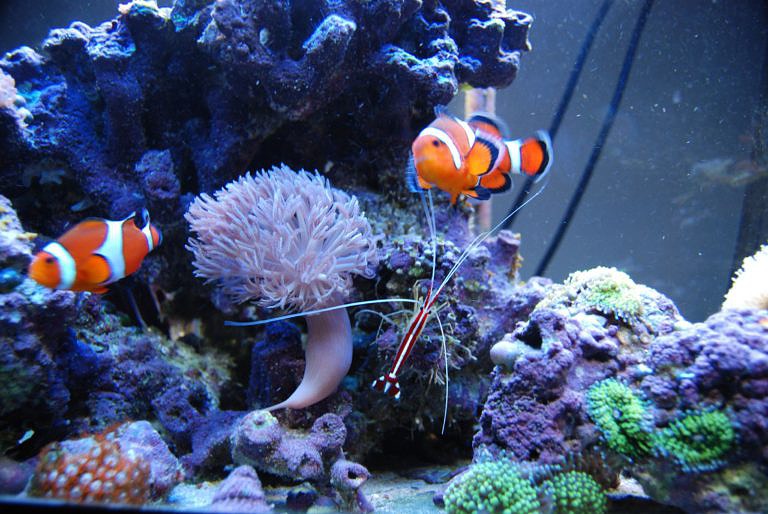 The tang consented to be cleaned for almost a whole second (Kevin saw it, I didn’t), which seems like a good sign since he’s the one that can benefit the most from grooming. He’s jittery enough around us that I suspect he’ll be too nervous to sit still when we’re home, but who knows what they all do when we’re away at work. 🙂

One thought on “A new dude!”